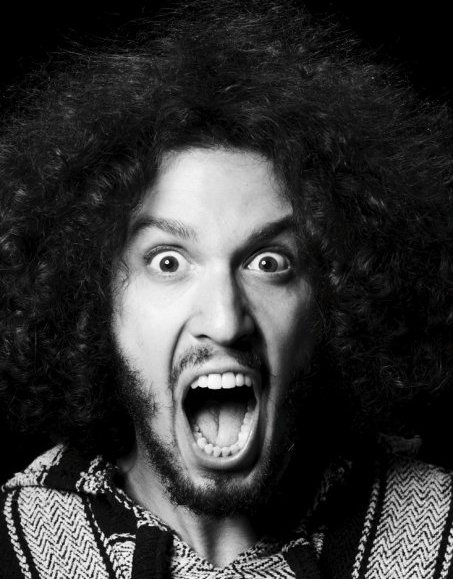 You might think a time when privacy debates rage over the use of consumer data in online advertising would be a bad time to launch a startup that asks for volunteers to track and publish their Web history. Adam Leibsohn doesn’t think so. His Voyurl service is in beta testing of a service that lets people track and publish their Web browsing history. The idea is Voyurl will bubble up new content and ignite a new method of content discovery. Underpinning it all, said Leibsohn, is the still-radical idea that regular people should have more control over their data.

Why would people consent to being tracked like this?
It’s to engineer serendipity on the Web. We want to use the natural behavior of our users to figure out the things they haven’t seen that they should see. It’s essentially a visible cookie. It’s on if it’s green, if its off its red. If you’re anonymous, it says you’re anonymous. The base line for Web behavior, we’re always being tracked. It’s pretty hard not to be tracked. In the Wall Street Journal series on privacy, they had a test computer visit the 50 most popular sites in the United States. That computer in a month had 2,440 different tracking files installed. That computer was never made aware. It was never asked permission. It’s the cost of being online now that you will be tracked. The difference with Voyurl is we intend to show you that data and that you’re being tracked. It makes people smarter browsers. We make you more aware and smarter about how you use the Web. And there’s always a private browsing button.
Consumers have never had control over data. Why do you think that is?
There was a survey done in 2005-2007. People were asked about the privacy policies of the web. They believed the presence of a privacy policy was to protect their data. They didn’t understand the privacy policy was there to protect the service. The business is bad at giving people control. I’m very skeptical of what’s going to happen with this Do Not Track bill. I’m happy no matter what happens. I think it won’t, though, because there is a lot of vested interest in it not passing. There are all these companies we don’t know that make billions of dollars on the back of all this data. It’s in a company’s interest to silo and control that data if that data is its currency. That’s the only reason consumers haven’t been given control. They haven’t found a way to make money and give data back. It’s possible if you’re upfront about it from the start.
The excuse for all the stuff going on in the background with consumer data is that it can’t really be explained because it’s too complicated.
That’s a cop out. That’s a PR play. It can be explained. Voyurl tracks you across the web. We use a browser plugin and we figure out your natural behaviors online, then we use some math and we can hopefully bubble up some really cool content based on that. It’s not a hard concept to grasp. Maybe I’m a conspiracy theorist but these companies stand to make a lot of money off keeping people in the dark.
There have been some previous efforts in this same vein that have failed. Gator tracked consumers, supposedly for their benefit. Root Markets and Attention Trust were founded with the idea of letting consumers take control of their click stream. Why is the time right now to implement this?
I don’t want to be a data marketer, a data warehouse or a data auctioneer. There are a lot of skeletons in this space of giving consumers control over their data. There was Root.net and Attention Trust. Now there’s MySite, Discover.me and Site Simon. Everybody’s trying. Who knows who is going to win it? Execution is a big part of it. Culture is important. Those sites had trouble because they existed just a few years earlier. Things were vastly different when it came to people’s understanding of privacy, expectations and comfort with sharing more about oneself.
Why do you think the consumer-data debate is more about control rather than privacy?
Privacy is a subsequent outcome of control. If you have no control, you have no privacy. The thing that freaked people out about Facebook Beacon wasn’t that their details were out in the open. They weren’t told it was going to happen. Then they weren’t given the tools to control that. Now anything to do with sharing has to do with privacy and not control. If you talk about control, you’re giving users power. That makes them feel good. It’s important to do. People like to act. Privacy is something passive.
https://digiday.com/?p=1130
Most Read
Trending in
Digiday Top Stories