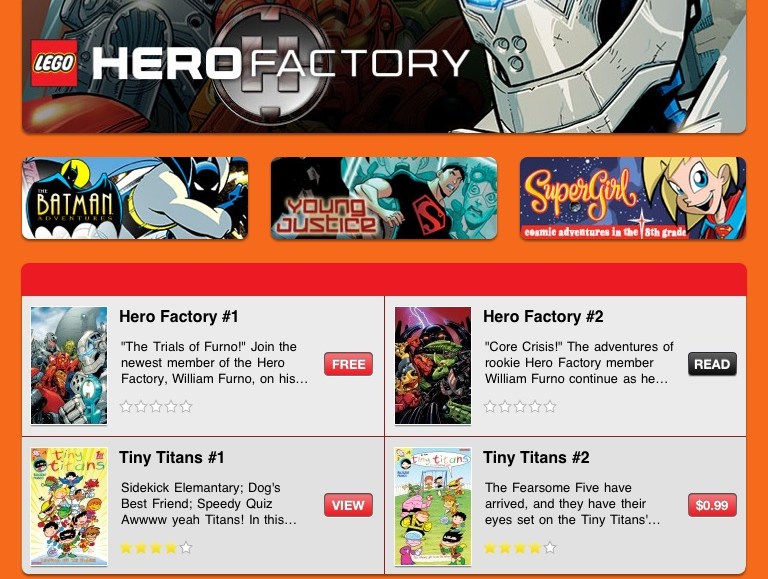 Lego and Batman are teaming up to take on Apple.

Actually, DC Entertainment, the home of comic legends like Batman, Superman and The Flash, has partnered with Lego to launch a co-branded app available on the iPad and iPhone.

Lego and DC have been partners for 13 years, according to Hank Kanalz, DC’s svp of digital. The companies have previously produced a line of print comics under the brand Bionicle and have also collaborated on a popular game for the Nintendo Wii Lego Batman.

But with DC’s launch last year of digital comic editions, which go on sale the same day as their print counterparts, the timing was right to introduce a new digital co-branded product. Both Lego and DC will begin to promote the new Hero Factory app, which is aimed at kids 6-12.

That age-range may seem young for an iPad app for comics, but it appears that parents are open to it. “Anecdotally, as far as patterns go, for a lot of our older readers they say this is something they can share with thier kids,” said Kanalz. “So we think a lot of the usage will come from parents purchasing for their kids.”

The Hero Factory app is free to download, as are the various Lego branded and DC original comics featured it features. But kids can elect to purchase more issues of their favorite DC titles via the app.