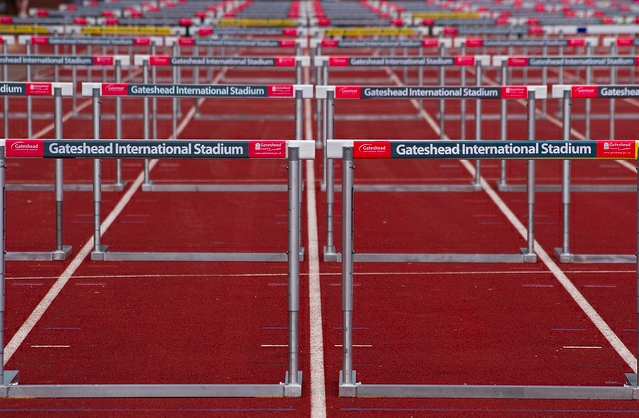 For the next month, Digiday will examine ways of “Improving Web Video.” Each week we’ll we’ll cover both challenges and opportunities in online video and highlight brands and publishers getting it right. The series is made possible through the sponsorship of Vizu.

Web video is one of the fastest growing areas of online advertising, forecast by eMarketer on pace to reach $7.1 billion in 2015, up from $2.2 billion in 2011. And yet there are still questions about the area from top brands. There are regular concerns, first and foremost, about the dearth of quality content. Beyond that, complying with legalities, fragmentation caused by the influx of mobile devices is the biggest issue in the online video advertising market.

Lack of Inventory
“Online video has a scale problem when targeting comes into play,” said Tod Sacerdoti, CEO of BrightRoll. “What’s most attractive for online advertisers is advanced targeting, but when you start getting narrow, that’s when there are constraints on inventory.”

For publishers, this becomes somewhat of a chicken-and-egg problem. They don’t want to invest in their video content unless they know they have advertising to support it, and advertisers don’t want to invest in video advertising on publisher sites until they know the quality is good enough to build a large enough audience. There are obviously exceptions like Hulu, Weather.com and YouTube, but marketers want a bigger pool of sites to choose from.

Playing by the Rules
“When it comes to production of , organizations often have a thorough approval process and (hopefully) a well-defined system of checks and balances to ensure the content meets all brand-communication standards while complying with all legally required guidelines,” said Erich Marx, director of interactive and social media marketing at Nissan. “This is a best practice, no doubt, but it can be a lengthy process and often runs counter to timeliness and ability to post content in the moment.”

It’s easy to create a video, but creating one while sticking to the brand’s voice is sometimes a challenge. Companies often forget they need legal clearance for music, imagery and talent used in the spots, just like with TV ads. Also, there is an issue that is unique to online video, and that is that they are searchable. This is where trademark issues come into play. Making sure you are adhering to the law and still communicating the message correctly could often be a hurdle for brands.

The Mobile Issue
“The single biggest thing standing in between online video’s potential and realizing that potential will be how cellphone-network providers like Sprint and Verizon handle data caps,” said Adam Kmiec, director of global digital marketing and social media at Campbell Soup. “As network providers aggressively pursue data caps, they are creating a near impenetrable wall between the companies creating video content and the people wanting to watch. For online video to realize its potential, we’ll need the companies who control the pipes to open them up, not constrict them.”

The influx of various devices also makes it difficult to create a one-size-fits-all video advertising strategy. There are different screen sizes to create for and different standards for each. For example, Flash does not work on Apple devices, while it does render on phones running the Android operation system.

Standards Flux
“Advertisers don’t understand, generally, what they are getting for their money online,” said Sacerdoti.

Standards bedevil just about any advertising format that hasn’t been around for 70 years. Online video advertising is no different. There’s been great progress in cleaning up what’s what in online video, but questions are still outstanding.

According to WSI, an online video specialist, the way to mitigate these challenges is better ad monetization via filtering techniques for user-generated content, cost-per-view and cost-per-engagement pricing structures, interactive ad units, and personalization and targeting of video ads.

Then there’s the issue of GRP. Television advertising has relied on GRP (reach and frequency metric) for buying advertising slots. This metric allows marketers to value their ad across media types, so it is essentially an exchange rate. There’s a lot of talk now about whether online video advertising should rely on this metric as well, since the two ad mediums are so similar. Some companies and marketers think it should be. Some have even gone as far as to say that it would ignite online video advertising.

“Ad effectiveness is by far the most important issue facing the video industry today,” said Jason Krebs, svp of Tremor Video. “On the whole, we aren’t doing a great job to prove the relative effectiveness (did this ad do what we wanted?) of a digital video ad. Just because you serve an ad to someone you think is 18–49 doesn’t qualify it as effective. And a resounding ‘no,’ a click-through doesn’t prove effectiveness either. Educating clients on the intrinsic value of digital video advertising should be the number-one priority.”