Mashable CEO Pete Cashmore: The future is in premium video for mobile 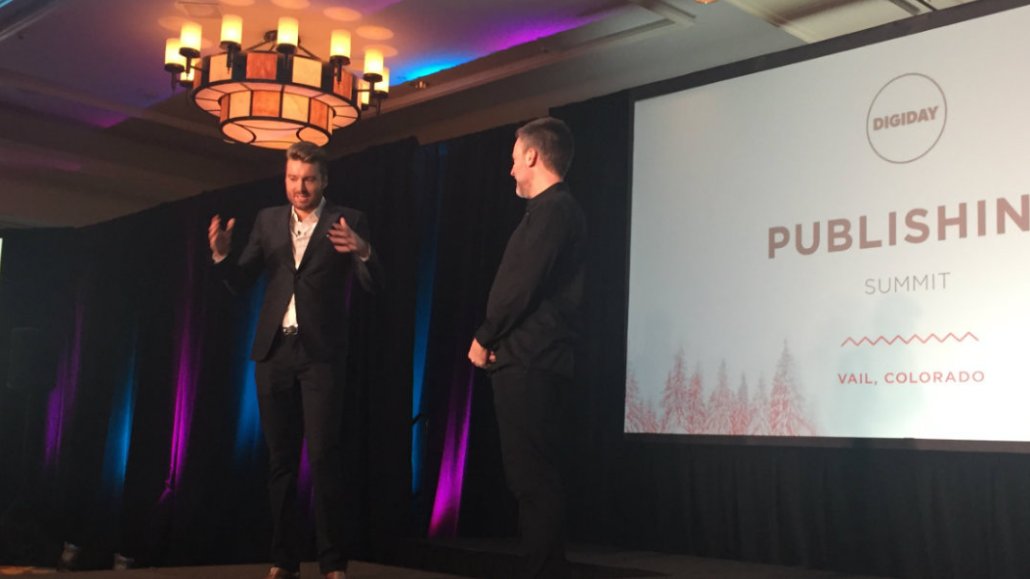 Speaking at the Digiday Publishing Summit in Vail, Colorado, Cashmore said the “production of shows” is “one of the fastest growing” revenue lines for Mashable. In the past year, the company has been producing short-form shows for media partners including Bravo, Nat Geo and Verizon’s Go90. As Facebook and Snapchat seek TV-like video series, Mashable also plans to play in that space.

Below are excerpts from Cashmore’s session, lightly edited for clarity:

Scale at all costs is no longer the right strategy
“The incentives in the marketplace for a long time were: the bigger you are, the more ads you can sell, the better. A ton of things have changed. One, there is so much content and choice for the consumer. Second, display [advertising] is iffy across the market to say the least. The incentives changed, where being big wasn’t rewarded as highly as focusing on specific demos.”

Mashable’s decision to focus on tech, culture and entertainment is working
“We’re not wanting scale for scale’s sake. We had our biggest months ever in January and February, and do 2 billion video views on distributed platforms every month. We’ve grown audience by 500 percent by saying we’re not going to cover all this other stuff. And it was surprising, because we assumed that if we refocused, we’d get the same level of audience but a more engaged audience — which is more valuable. But [the refocus] also drove more people to our sites, because people started to evangelize for us.”

Don’t count out Snapchat just yet
“We are one of the top channels on Snapchat and that lineup is the future cable lineup with 40 media brands that are all premium … Snapchat is our biggest revenue source on distributed platforms. We have 12 people on Snapchat but we also borrow from our video production team. And it’s very profitable for us because it’s a huge audience and it’s an audience that we can’t reach elsewhere. And that’s because you get a magazine cover with our image on it, so [children] know our brand, which is sometimes tough to do on other platforms.”

The market for digital media is heating up, after some cooling in recent years
“I would like the BuzzFeeds of the world to do well. When there’s a bad BuzzFeed story, you go oh no, because it’s going to affect everyone. We are coming out of a period where in 2015, it felt like even in the VC market people were cooling because they were not sure what was going to happen. But we’ve had more and more up rounds and our revenue is up 36 percent from last year.”

Platforms can be your friend
“They are all good to work with but they’re all super busy. If you have trouble communicating with them, it’s not because there’s any kind of malice. What you have to understand is that they’re out to build a great business. That may intersect with your own needs or that may not. Right now they all need premium content. We are here to provide premium content and we are working with them to make better and better stuff.”