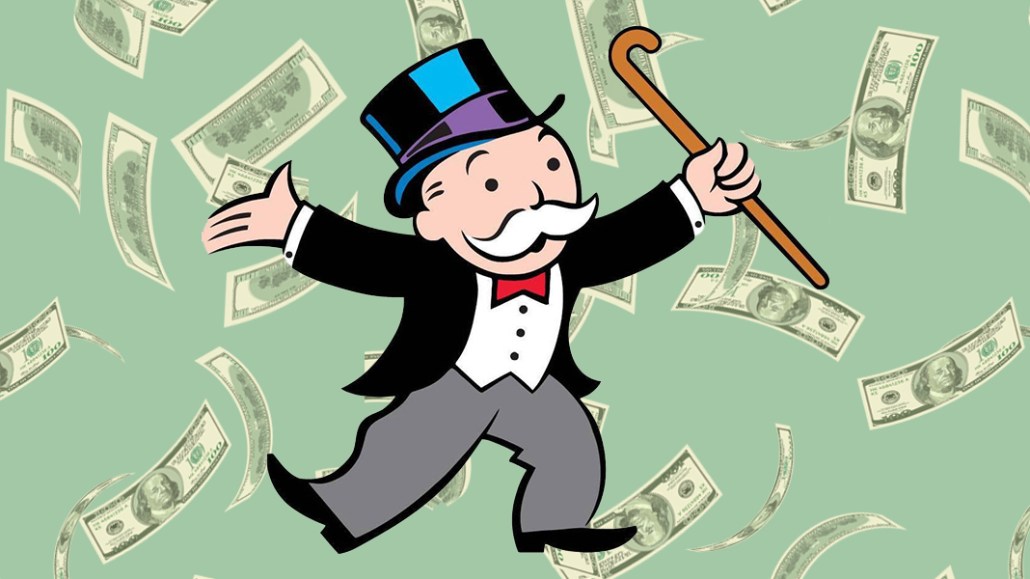 Earlier this month, Genius, which started as a rap annotation platform, decided that now it would become a video-focused company. It’s a familiar story: A VC-backed company turns to what it hopes will be a lucrative revenue stream in a dash to satisfy growth-hungry investors.

There’s been a flood of venture capital into media — an estimated $15.6 billion in venture capital funding was put into digital media deals for the past three years, up from $4.5 billion the three years prior, according to research firm Preqin. The expectation is that at least some of these companies will make it to the $100-plus million revenue threshold that’s the arbitrary mark of a “scaled” media company.

Getting to that mark is hard. Business Insider didn’t get there before its Axel Springer deal. Of big digital media companies, the $100 million club is small by informed estimates that say it includes BuzzFeed, Vice Media, Vox Media, Refinery29, Huffington Post and Bleacher Report.

For men’s lifestyle player Complex Media, reaching $100 million was always a goal, said Rich Antoniello, CEO and founder. Verizon and Hearst teamed up to buy Complex in a deal valued at $250 million to $300 million in April. “Many look at it as a ‘proof point’ that the business can scale further and have significant longevity/viability because of foundational importance to the advertising community,” Antoniello said.

But only a few will get there. Many will get stuck at $50 million or lower. The stumbling comes because there are so many requirements. They have to have a unique audience, grow audience and engagement consistently, be differentiated, be meaningful on multiple platforms and improve margins, Antoniello said.

“Most can’t figure out one, let alone all of those challenges — which are all necessary to get to $100 million,” Antoniello said. The result is that lately there have been fewer outright acquisitions of publishing companies than investments, which are lower-risk and less “all-in.”

For ad-dependent publishers, it’s hard because they’re stuck in a business model that makes it challenging to reach VCs’ growth expectations. Other businesses are based on service contracts that let them project revenue; publishers have to constantly pitch the next ad deal. Say their average ad buy is $100,000. They’d have to win 1,000 of them a year to make it to $100 million in annual revenue. To win that many means they’d probably have to pitch three or four times that.

“It’s hard to win 1,000 deals every year,” said Todd Sawicki, the former CRO of Cheezburger and now CEO of Zemanta, a platform for buying native ads programmatically. “That’s a lot of work for a sales team.”

Many publishers have tried to decrease that work is by increasing the size of the average ad order so they don’t have to sell as many deals to hit their revenue goal. One way to do this is by scaling their audience to new heights, which is why you see companies expanding overseas and to new verticals (Business Insider, The Huffington Post). But that comes with its own risks; the bigger your audience, the more likely you are to dilute the brand. And the bar for scale keeps going up.

The other two primary ways publishers try to growth-hack are through direct-sold branded content and video advertising, which command premium rates. Companies from Mashable to Vox Media have made branded content a core part of their offering. But branded content is still sold on a pitch basis, and it’s very labor-intensive to create, which cuts into profits.

The other way is video, which everyone from Refinery29 to Business Insider to the aforementioned Genius is rushing into. CPMs are high, and there’s less competition with publishers for it as there is for display. But it’s hard and expensive to do well, and most video is not watched on publishers’ own sites but rather on social media platforms like Facebook, where there’s no clear path to monetization.

“A lot of these VC-backed companies have generated scale on platforms that haven’t delivered on the promise of monetization,” said Michael Finnegan, president of Atlantic Media.

Reaching $100 million in revenue is an incredible milestone, said Bryan Goldberg, who founded Bleacher Report and Bustle. But aiming for 50 million unique visitors and $50 million in annual revenue — what he calls the “50/50” rule — is a great place to start, he said.

“Media companies below that threshold should consider joining forces with one another to get above that line,” he said. “That said, I’d expect that goal line to move in the coming years. We could easily be in a ‘100/100’ world by late 2018. We are not there yet, though.”

Another way around the $100 million-tyranny is to eschew VC funding and bootstrap instead, as a lot of niche publishers are doing, Sawicki said. (Count Digiday among those bootstrappers.) “We fetishize the idea that you have to be VC-funded,” he said. “The large media companies are the exception. But not everyone needs to be like that.”