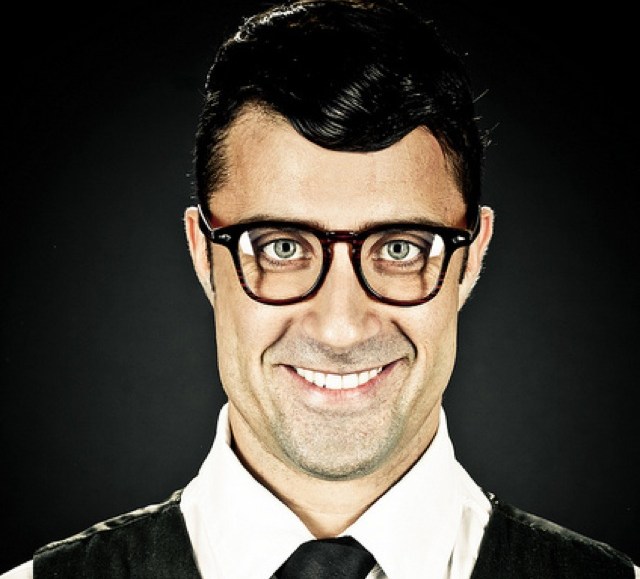 The author of this piece asked to remain anonymous out of respect for (read: fear of) his employer. For now, let’s just call him: Grumpy Mad Man.

The online advertising industry is full of incredibly talented, smart and fun people. I’ve been involved with it for over a decade myself and have made life-long friendships with many of my colleagues because of our mutual respect for one another and off-kilter senses of humor. (Queue Larry David.) Having said that, as the industry has grown over the years and more people have joined, it was inevitable for some bad apples to get through.

Yes, unfortunately the online advertising industry has been infiltrated by douchebags following the VC money. They are here, and they’re here to stay. As a public service, beware of the following:

The Sleazy Affiliate Marketer
I have friends involved with affiliate marketing, but even they would admit they’re on an island surrounded by a lake of Massengil. If you’ve ever attended an Affiliate Summit, this is not new information. I’m sure you had to shower a few times a day to try to wash the sleaze off of you, but like Lady Macbeth, unsuccessfully. The Sleazy Affiliate Marketer wears sunglasses at night and indoors, a tight t-shirt or a button-down with one too many buttons unbuttoned, and reeks of Axe Body Spray. They’re here to do two things: Drink some Red Bull and send some fraudulent leads. They’re almost out of Red Bull.

The Thought Leader
They write articles that get published in AdExchanger, Digiday, etc. They sit on all the panels at OMMA, Adtech, etc. Here’s a thought: Stop talking, and do what you say. I’m tired of hearing pitch after pitch about how their company is changing the world with proprietary technology, but when it’s time to put their money where their mouth is, nothing works. Then their reply is, “Well, we’re still in the infancy of this business.” It’s all bullshit, and they know it. But if they can get enough clients on the line and generate enough buzz, some stupid company will acquire them with little to no due diligence.

The Newly Cool Nerd
They were nerds in high school (hey, so was I). They were nerds in college. They are still nerds, but now they make a lot of money, so society deems them cool because they drive a 7-series. The newly cool status does not suit them well. Put a little alcohol in them and their inner nerd will come out as they have not quite adapted to social norms. They might appear normal at first, donning a blazer and jeans, but if you look closer, you can see their Blackberry holster.

The Retweeter
This person reads all the industry publications, then shares or retweets the articles on Facebook/Twitter/LinkedIn and labels it “Interesting” or a “Good read.” They now think they look smart, because they subscribe to such prestigious journals, and if they retweet it first, it’s almost as if they wrote the article themselves! Hey, retweeters, while you’re reading and tweeting, the rest of us are working and actually attempting to accomplish something, so let’s not get too carried away with yourselves.

The “CEO”
They hand out business cards that identify them as the CEO. However, their company consists of three people. The title makes them feel important at least.

The Humble-Bragger
Humble-bragging is when you use false humility to boast about your achievement(s). A typical humble-bragger will take to Facebook or Twitter and give an anecdote that would appear to be self-deprecating or embarrassing but slip in something that offsets any humiliation. For instance: “Falling in the pool with your clothes on sucks, but doing so at the Playboy Mansion in front of Hef is even worse.” So your company paid a couple grand to rent out the Playboy Mansion for a party. Sweet. I remember the first time I had a beer with hot chicks that didn’t want to talk to me. It’s called my everyday life.

The Recent Grad Media Buyer
This 22-year-old kid is now in charge of a multimillion-dollar ad budget. If you’re not offering free True Religion jeans or box seats at the Lakers game, don’t bother talking to them. This is how media is bought and sold: complete bribery. Never has that much power been given to someone so young (outside of Ancient Egypt, I guess) and that power has certainly gone to their heads.

The “I Worked All Night on This” Idiot
This person claims they burned the midnight oil and put in a 16-hour day to work on a proposal or presentation. The finished product is complete shit. If the fruits of your labor only produce mediocre results, don’t tell me you were up all night working on it. Tell me you had to handle an emergency that took priority over this and you only had 15 minutes to finish it. Because if this piece of crap is your best effort, you’re fucking fired.

The C Student
This person got through high school and college on the coattails of smart people. College business classes consist of a lot of group projects. You could do zero work and still get an “A” on the project if there was at least one smart overachiever in the group. Then the “C Student” graduates get to the real world and realize nobody is going to let them get away with that anymore, so now they have to figure out how to learn and apply that learning. Or they become a phenomenal bullshitter and cross their fingers hoping people buy what they’re slinging. Generally, in online advertising, it’s the latter.

The Hot Chick
Yes, even girls are capable of being douchebags. These girls have been told they were hot since they could be told that without that person being called a “predator.” They have never experienced true disappointment in their lives, and they aren’t about to start. Maybe they don’t “understand” your advertising goals or how all this fancy “technology” works, but they’re hot, you’re a computer nerd, and they’re paying attention to you. Now, this girl who knows nothing has blown out her sales goals then proceeds to spend her commission checks on Louis Vuitton handbags, Prada shoes and other things that make her even hotter. OK, maybe I’m just a little bitter that there isn’t a better thing to be in America than a hot chick.

Maybe you read through these and thought, “Hey, I do that, and I’m not a douchebag.” Look, it’s not a perfect science, and just because you might be an exception to the rule doesn’t mean the rule doesn’t exist. The fact is once enough money is involved, we all get a little douchey. You shouldn’t ask yourself, “Am I a douchebag?” The question you should be asking is, “What kind of douchebag am I?”