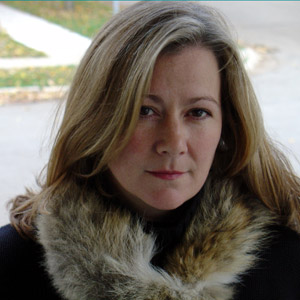 Last week, Digiday published “Confessions of a Female Ad Exec.” We veered from the usual format to make it fully in this person’s own words. There was one part I decided to edit out, the recounting of a crude encounter with a male colleague. My thought was the shocking nature of the account would detract from the more nuanced message of the rest of the piece. After discussing it with the executive, we’ve determined to include the edited part in the piece, which is re-published below. The ad executive has decided to identify herself. She’s Colleen DeCourcy, the CEO of Socialistic, and a veteran of Organic, JWT and TBWA. DeCourcy wrote an introduction to her piece below, which is followed by her article with the re-added section. — Brian Morrissey, Editor-in-Chief, Digiday

When Brian asked me if I’d do a Digiday Confessions piece, I was acutely aware of the word “confession.” It’s a loaded word. A confession is always given from a vulnerable position. There is a tinge of fear, or fear of shame, in any revelation of a deeply personal nature. This confession is offered as a personal one. Factors ranging from generational to sociological to situational to personal make my experience different from others. However, I do not for a moment believe I am unique. Those who joined the conversation as having shared my experience and those who weighed in as having not, did it through Twitter and Facebook where their identities weren’t hidden. Out of respect for that, I have agreed to attach my name. We should all identify ourselves when we speak our minds.

The omitted paragraph was cut because it was unsettling — complicated and crude — and we were a little uncomfortable with it. I have asked Brian if he would return it. You can’t speak of a thousand cuts and leave the deep tracks out.

There’s no big ah-ha issue as to why women are so underrepresented at the top of the ad industry. The real issues are harder to attach to big themes like the “glass ceiling” or anything like that. For many women in advertising, it’s a death of a thousand cuts.

The ad industry needs to look beyond the big, oft-spoken-about reasons for not having women at the top: motherhood, sexual objectification, Venus/Mars. The conversation will get interesting to me when we all start talking about the competitive, confusing, personal and emotional basis of it.

There is a never-discussed nuance around the “guys-girl” mentality that pervades most high-powered creative industries. I was told many, many times that I was “one of the guys” and therefore (unsaid) welcome into the gang. I grew up that way. I was tied to skateboards and sent down steep hills at nine because I could take it without crying. And then, I was magically invited into the gang. I didn’t want in because of any desperate insecurity. I wanted in because I bought into the romantic notion of the secret world of boys. I smoked cigarettes and hung out in record stores instead of the fashion mall because I wanted to be in rock and roll. Those men were my heroes. I jumped off mountains attached to bungie cords; I, without a thought, ordered a scotch instead of a wine the first time I ever walked into a bar. I didn’t read “Are You Here God, It’s Me Margaret.” I read “Dharma Bums.” I was just more fascinated by things of power/danger/men.

That carried over. I didn’t think twice about being “one of the boys” in my career because it was already part of my personality. But the truth I’ve not heard spoken is that it is a very large part of why some of us make it through the gate and others don’t. The sacred question agency execs are answering with their hires is, “Are you like us?” The affirmative answer if they hire is, yes. It might not even be done consciously, but hires and promotions are often done on this basis. (By the way, that can apply beyond women to black/Jewish/gay/handicapped/patently JNF — Just Not Funny.)

As a white, educated woman, I was more like the men than I was like anything else. I wanted to be part of something big, so I worked to fit in and get ahead. It was romantic and dramatic and exciting — in my 20s and 30s. Acceptance was the gold I dug. I didn’t sleep my way to the top. I smoked, drank, workaholic’d and off-color joked my way there. Talent and a good book weren’t enough. You had to have talent and be one of the boys.

There are, of course, crudely sexist moments. Here are two special quotes from my career that never fail to materialize when I close my eyes to fall asleep in whatever far-flung hotel I’m sleeping in tonight. “I like that necklace, I could choke you with it while I fuck you from behind,” I was told. After a none-too-pleased response came the capper from this guy: “You’re not offended are you?! We only say those things because we forget you’re not one of us. It’s a compliment!” Really.

An issue that’s rarely addressed is how many women in advertising don’t help each other out. What is it that drives a select group of women to actively not support other women? I have been a victim of it, and subsequently I resist working with “those kinds” of women. Sadly, since it’s impossible to see through a smart woman’s tightly controlled veil of camaraderie, I’ve grown irrationally afraid of all women at work, and I’ve missed the opportunity to work with the great ones.

But maybe it’s not the women who are at fault here. Maybe the fact that there are so few of us in the boardrooms leads us to assume there’s only room for a certain number. Or maybe the older ones among us resent what we gave up at home to get where we are at work, and, so, we’re bitter, drunken, hardened bitches. Or, as was the case in my last run in with a fucked-up, back-stabbing woman at work; nobody likes to fight for their daddy’s attention.

But more truthfully, the reality for women my age is that you had to sever the sisterhood ties so hard and so early in order to run with the boys that you just don’t know how to get back home again. I’m just a tourist in the land of women now. I’m not fully of the culture.

Don’t get me wrong. There are no regrets. It’s a complicated story that’s more about complicity than it is about victimization. There’s no real hero. I’d do it all again. And I wouldn’t say these issues overtook the love I felt, and still feel, for my career.