Could weed be the next frontier of fashion? 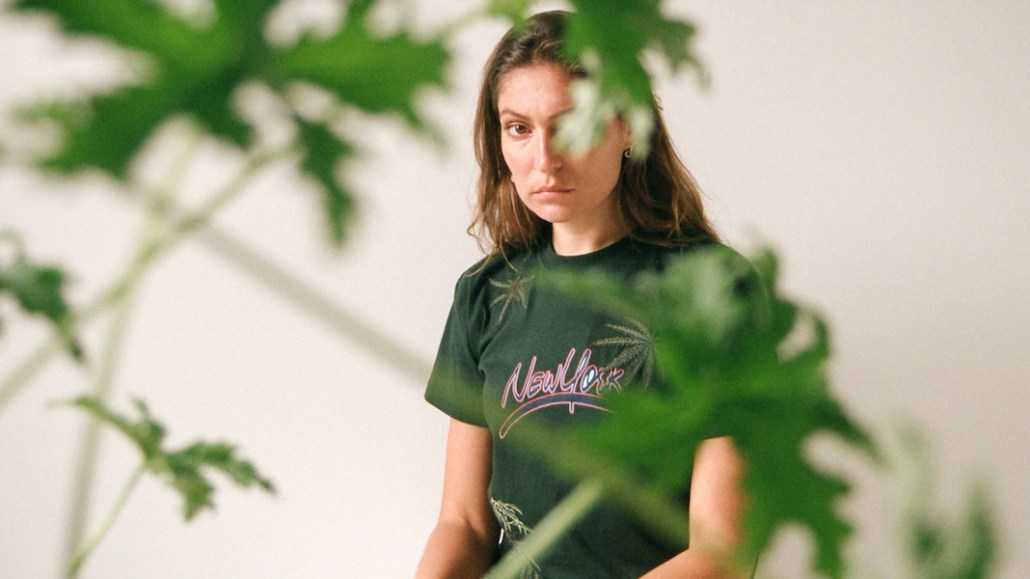 Fashion has never been one to shy away from scenes considered edgy or fringe, which could make it the perfect partner for the growing cannabis industry.

As the legalization of marijuana continues to spread — 25 states now allow medical marijuana, while seven states have recreational marijuana laws either implemented or underway — a handful of designers have started looking to weed culture for inspiration. Some, like Palm Angels and Sundae School, have founded their brands on the so-called “puffer lifestyle,” while others, including Alexander Wang, Creatures of the Wind and Jacquie Aiche, have begun sprinkling their otherwise-unrelated collections with weed references.

“Fashion and cannabis have an almost symbiotic relationship,” said Matt Rizzetta, the chief executive officer of North 6th Agency, a communications firm that represents a host of clients in the legal cannabis space. “I think it could be a very good match for the right type of fashion brand and the right type of cannabis brand — those that are promoting the same type of message to similar audiences.”

Conservative fashion brands, like a Ralph Lauren or Tory Burch, for instance, aren’t likely to be the best fit. But those, like the aforementioned, who have rebelliousness built into their DNA (Wang) or are quirkier than most (Creatures) could make for a sensible alignment with rising cannabis companies like Kiva and Mindful.

“Fashion brands will have to look at who their audience is,” said Rizetta. “If your customers are in any way positively influenced by the cannabis movement, I think you’d be doing them a disservice not to explore getting involved with it somehow.”

Creatures of the Wind, which is designed by Chris Peters and Shane Gabier, first dabbled in this sphere with their latest pre-fall collection, which featured marijuana-like embroideries. Elizabeth von Guttman and Alexia Niedzielsk —  co-founders of the biannual fashion indie mag System — loved the pieces so much, that they commissioned the duo to create a capsule collection for their weed-themed 9th issue, which debuted on April 12.

They were so impressed by the results (two T-shirts, a sweatshirt and an army parka, retailing from $135-$2,500) that they featured one of the pieces — the jacket — on the cover, shot by none other than Juergen Teller on a hydroponic weed farm.

“Medical cannabis facilities [on] the other side of Canada might not seem an obvious System backdrop,” von Guttman told Dazed Digital of the shoot, “but when you go out into the world with an open mind, you meet people operating in activities beyond fashion whose values and perspective sometimes bring new light to how fashion thinks, or sees itself.”

Gabier and Peters went on to sell the capsule exclusively at Los Angeles’ Just One Eye boutique, where a launch party was held in the parking lot, complete with edibles and other weed products from Marley Natural.

When asked whether or not merging the disparate worlds of fashion and cannabis was a tough process, the designers argued they weren’t so different to begin with. “Marijuana has historically been a symbol of freedom, creativity and acceptance, so we don’t really see how it’s antithetical,” Gabier told Glossy.

Apparently it’s not a tough sell, either. The collaboration quickly sold out, according to Just One Eye, and the designers are working on producing more pieces. As for whether or not they’ll continue to explore the weed theme in future collections, they said they have yet to decide.

Sundae School — a newborn New York brand that has been featured everywhere from Vogue.com to Hypebeast — is diving right into the world of weed. Launched on 4/20 (naturally) of this year, the “smokewear” line is the brainchild of brother-and-sister duo Cindy and Dae Lim, Korean natives who now call New York home.

“There’s surfwear for surfers and skatewear for skaters, but there’s no smokewear for smokers,” said Cindy of the initial idea, “and we consider smoking to be a sport of ours, just as we would surfing or skating.”

That sport, apparently, calls for oversized hoodies and T-shirts emblazoned with puns like “honor rollers,” “let there be light” and “sinisterhood.” “All the other products out there currently are very rasta-influenced or [overt], with images of the nugget itself or sayings like ‘get high, enjoy life,’” said Cindy. “We wanted to put a different spin on it.”

Indeed, these pieces don’t look like your usual weed paraphernalia; there are no drug rugs or giant marijuana leaves in sight. Imagery inspired by ancient Korean art subtly makes reference to the drug — there’s a joint here and there — but otherwise, the association is hard to parse.

Right now Sundae School’s products are only sold online in its e-shop, but starting in June, they’ll be available at Soho’s V-Files boutique, known for attracting the most diehard streetwear fans. The founders hope to expand into a few more stores in New York and Korea this year, looking outside the traditional boundaries to places in line with their message, like head shops.

The sales and the response have been overwhelmingly positive, said the Lims, but it’s hard to gauge whether that would be the case in less-liberal markets. Korea, where marijuana is strictly banned, has a burgeoning underground cannabis counterculture that probably accounts for their products’ appeal there, Cindy said.

Rizzetta notes that the biggest challenge these weed-adjacent companies face is the ongoing stigma surrounding the drug, though it appears to be dissipating quickly, in step with legalization. “A year and a half ago it was really difficult for us to pitch legal cannabis-related companies to the press; we would get laughed at — but that’s no longer the case,” he said.

“Being part of the cannabis culture has become a point of pride and less of a shameful secret,” added Michelle Gillespie, the director of brand partnerships at Stash Box, a weed-centric subscription service.

And fashion brands that have the forethought to hop on board the weed train now could see major payoff.

“In the coming years, the cannabis industry is going to give birth to the mainstream lifestyle brands we’re used to, like Starbucks or Mercedes,” said Rizzetta. “So, even if today it’s mostly niche fashion brands aligning themselves, that’s bound to change. It’s just a question of which [mainstream brand] is going to do it first.”