‘I wanted to see if I could be really, really happy’: Rei Inamoto on his life goals 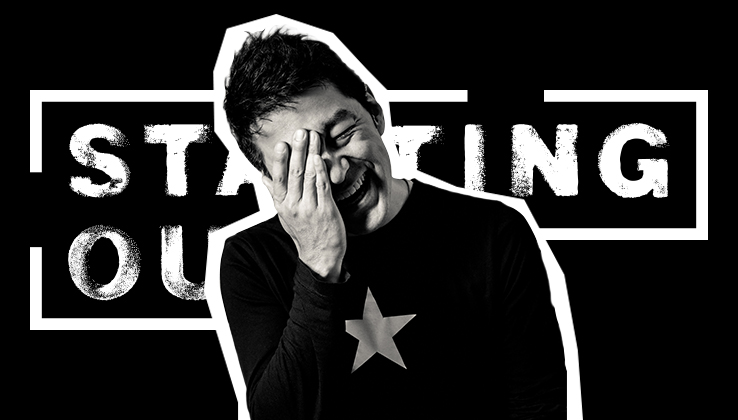 Rei Inamoto, the founding partner at Inamoto & Co., has spent years at some of the world’s largest and most successful agencies. Part of what has made him successful is a seemingly simple — and zen — approach that requires honesty, humility and precision. On this week’s Starting Out, Inamoto details his childhood in Japan, his experience as a twin and his five-year plan.

From a personal perspective, I came to look at people’s career and my career on a five-year cycle. I can say this now because I’ve spent more than five years in the industry — more like 15, 20 years now. When I look at my career in five-year increments, I did something new. I tried; I failed; I got better at it. I proved I could do it. Then, I moved on to the next thing.

Why five years? Some people might think that’s too long. With the speed at which things can move these days, the time it takes and the cost it takes and the number of people it takes to do things is becoming less and less. But I think I need a first year to understand what the hell is going on. The second year is making changes by understanding what’s there. And understanding what even needs to change or stay the same. The third year is implementing those changes and keeping up. The fourth is making sure those changes are in place. In the fifth year, you think of the next five years. It’s the time an individual or organization needs in order to prove they can do the things they say they can really well. If it’s just two years, you may just be lucky. When I interview people or hire people, I ask how they’ve done in the last five years. When I hire younger people, I ask if this person can do this for the next five years.

I had a midlife crisis, and instead of buying a motorcycle and a leather jacket, I started a company — slightly risky, slightly more expensive. When I thought about the next 20 years of my career, when I’m 60 or 70, it came down to how I wanted to feel about what I’d done in my life. I’m proud to have been working for a quite a while. I was always working for someone else. When I project myself out 20 years from now, I wanted to see if I could be really, really happy. Even if I fail, at least I can say I tried. I want that to be my story when I’m on my deathbed.