Remotely Control Your Own Australian Tourists 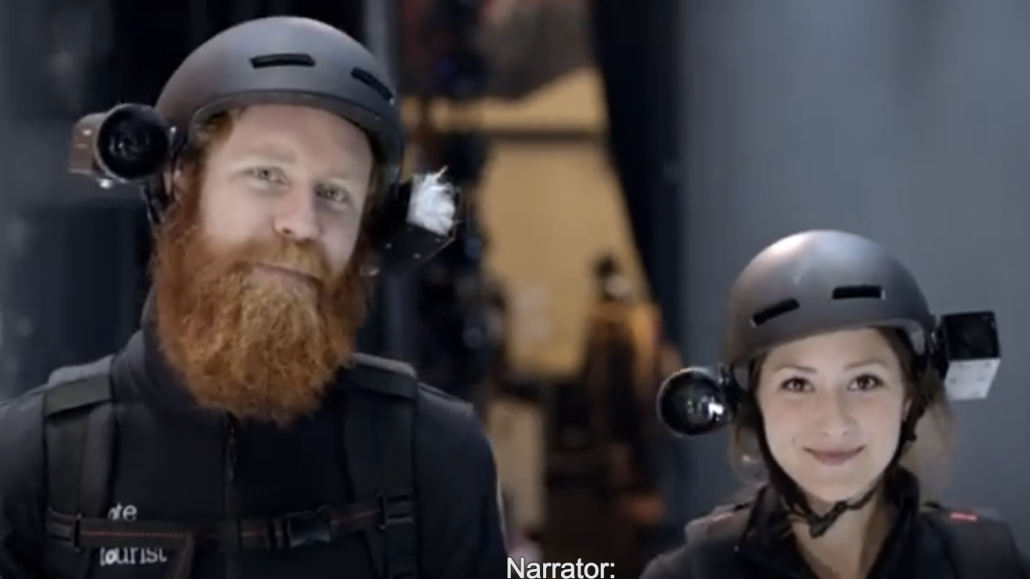 If you’re not sure you want to spend 22 or more hours on a plane traveling to Melbourne, a new interactive campaign by Tourism Victoria called “The Remote Controlled Tourist” lets you feed suggestions through Facebook and Twitter to actual tourists already in the Aussie city.

Two actual tourists have been selected by Tool and given helmet-cams to live-document their experiences. Tweeted requests to the tourists under the #MelbourneRCT hashtag read: “Have a glass of Prosecco at Siglo!” and “Can you look through the window into Coda? I want to see!” as the tourists they control bumble around the city. The campaign, created with the help of Tool, EXIT Films and BBDO Clemenger, will be live through Oct. 13.

Clearly, a special type of person is needed to take orders for eight hours a day, while ostensibly on vacation. “We went through a very extensive casting process in order to find people that had the personality and stamina to pull this off,” explained Tool’s director Jason Zada, who knows a thing or two about stamina. Zada was the muscle behind David on Demand, the project in 2010 that saw an agency staffer livestream doing whatever his audience asked. (He got a tattoo.)

This campaign has echoes of that effort. For example, one of the tourist-actors was tasked with walking into the Australian Centre for Contemporary Art to ask the museum’s public relations coordinator to dance. “It’s really up to the imagination of the audience,” said Zada.

Content created through the tourist and audience interchange will be edited and sorted on the Melbourne Remote Controlled Tourist website. An interactive map on the site lets users filter through discovered restaurants, shops and other locations based on their needs.

“We are creating a real-time city guide of the best things to do, taste, see and feel,” said Zada. “At the end of the campaign, we will have have an extensive visual guide to the best of Melbourne.”