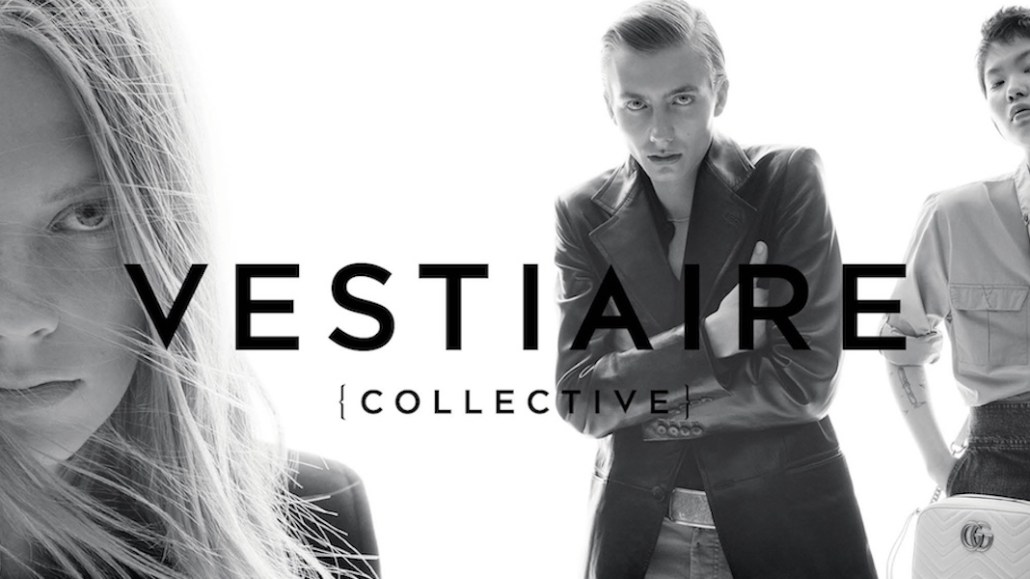 Vestiaire Collective, the secondhand luxury goods site based in Paris, wants Chinese customers to warm up to the idea that previously owned luxury is still luxury.

With a recent $65 million round of funding, bringing its total dollars raised to $130 million, Vestiaire Collective is targeting Chinese expansion. Right now, the company claims to have six million members in 47 countries, and it’s tailored different versions of the campaign to each of its key markets, including the U.S. and Hong Kong. While the company currently ships to China and Hong Kong, its in the process of onboarding Chinese sellers, and opening a logistics hub in the region, both of which the company plans to complete by early 2018.

“Vestiaire Collective has been going through three years of fast growth, and it’s now established in Europe for used luxury fashion. We’ve been building a strong presence in the U.S., as well, and we want to continue our expansion through Asia to become the first globally established platform in the market,” said Olivier Marcheteau, Vestiaire Collective’s chief operating officer. “We’re the only platform that lets U.S. sellers connect to European sellers. In Asia, we want to make sure we have the logistics in place to tap into those wardrobes.”

As more Chinese luxury customers spend money at home, the country is driving a majority of the growth in the luxury goods market. According to a 2017 McKinsey report, Chinese luxury shoppers are expected to add $150 billion to the global luxury market by 2025, totaling 44 percent of the overall market size. In response, luxury brands like Gucci, Louis Vuitton and Saint Laurent are building e-commerce strategies in the market, either opening up brand sites or partnering with platforms like Alibaba or JD.com.

Right now, the most room for scale is in China, where the secondhand luxury market has yet to really take off. As Vestiaire Collective guns for the Chinese luxury customer, and seller, the company is charting the path for the online secondhand market, starting with Hong Kong.

“Due to the relatively short history of luxury consumption in the country, the majority of consumers still prefer to purchase new luxury goods, and look down on the value of second-hand goods,” wrote Yiling Pan, associate editor of Jing Daily, a publication and consulting firm covering the luxury industry in China. “On the whole, Chinese consumers have not yet cottoned to the concept of secondhand luxury.”

Marcheteau said the company’s hope is that Vestiaire Collective’s global reputation as a seller of secondhand and vintage luxury goods, and its thorough authentication process, will earn trust in the region. But scaling regional logistics is the top priority.

“Having the right logistic framework in China, and sending product to one central location, means we have to optimize for efficiency,” said Marcheteau.

The biggest barrier to opening operations in China is figuring out the fastest and most efficient shipping and delivery routes based on where items are being sold from, and dealing with customs, duties, taxes, legal restrictions and currency inconsistencies. The company is used to transporting goods: 75 percent of items purchased are shipped to countries outside of its original selling point. To handle this and scale the company’s market size in the region, the company opened an office in Hong Kong last year, with plans to open a logistics hub in China early next year.

Right now, Vestiaire Collective is competing with two main domestic platforms for buying and selling secondhand luxury goods in China: Milan Station, a chain of online and physical stores in China specializing in designer bags, and Xian Yu, a Taobao-owned online store selling apparel, shoes, and accessories, along with other items like electronics and home goods. The company’s biggest global competitor is The RealReal, based in the U.S., secondhand luxury goods site Vestiaire Collective is up against a big competitor, The RealReal. With $500 million in annual sales, The RealReal is the biggest online consignment store in the country, but while it ships to 60 countries, it doesn’t accept goods from international sellers. Last year, a $40 million round was pegged to be used for international expansion, particularly in Australia, Canada and Hong Kong.

In regard to whether or not customer behavior in China is in alignment with what Vestiaire Collective offers, Marcheteau said that its biggest advantage is that it carries recently released, but sold out, luxury goods that are gently used, like Gucci items from recent collections and pieces from the Louis Vuitton and Supreme collaboration. Vestiaire Collective’s also part of the International Anticounterfeiting Coalition, and 100 percent of items sold are authenticated by an expert.

“In China, it’s critical that we establish the brand DNA in the right way. There’s major opportunity: low competition, a growing market, and young luxury customers. We’re an entry point for luxury,” said Marcheteau. “We’re investing in this customer because that’s the magic of a global network. If you can open up the closets of luxury shoppers all over the world, you’re going to win.”