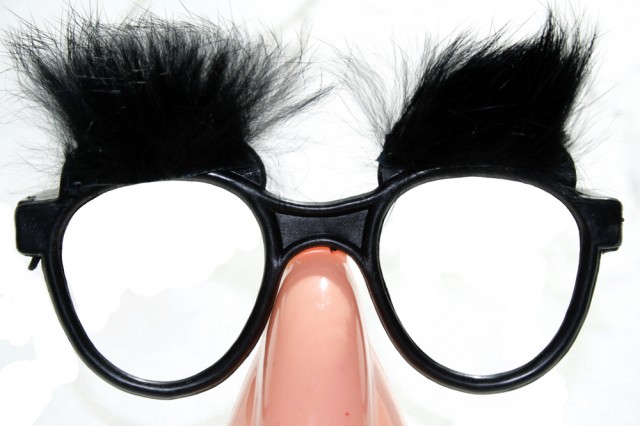 April Fools’ Day is the perfect opportunity for brands to get creative and show off their sense of humor. Not all brands brought the thunder.

Some brands did a pretty good job having fun with April Fools, like American Eagle, which continued its “Skinny Skinny Jeans” prank by actually tricking customers in-store about its new fake product. Hulu advertised fake movies and shows like “The Rural Juror,” which any “30 Rock fan” definitely appreciated.Unfortunately, not all brands are meant to be jokesters. In fact, April Fools’ Day is a bit like drinking a lot on St. Patrick’s Day: strictly amateur hour.

Here are five examples of brands whose April Fools stunts weren’t really all that funny or entertaining, according to Digiday’s proprietary brand-humor methodology, which takes into account brands’ limited range when it comes to humor. Basically, if brands can get beyond expected cheesiness and being overly derivative or obvious, then we’ll take it.

Seamless
The online food-ordering brand came up with a faux commercial for a new “Deluxe Delivery” service, which gives you the option of having your food delivered by an adonis, a supermodel or a surprise person. It’s a cutesy idea, not necessarily April Fools worthy, but the real issue is the execution. The guy who is supposed to be the “adonis,” while he isn’t unattractive, he  is no Alexander Skarsgard, not even close. And the girl who supposed to be the supermodel, again, while she is a pretty girl, isn’t Gisele Bundchen. And even the drag queen who is the “surprise” delivery person isn’t overly fabulous — nothing even close to the contestants on Ru Paul’s “Drag Race.” Everything is just a bit underwhelming when it could have been really over the top and funny.

Sprint
Sprint came up with “Sprint Specs” for its joke. The fake glasses have eyeballs on them so you can have “unlimited eye contact” with people while actually looking at your phone. The fake testimonials are all pretty predictable. Nothing about this is all that fresh or funny.

Google
Google created a parody video for its fake Gmail redesign “Gmail Blue.” It got the parody tone right and did a decent job poking fun at branding jargon and design innovation, but again this isn’t anything new or particularly April Fools-y. No prank; no points.

Sears
Sears is not a brand you would think of when you hear the word “clever.” There’s a reason for that. Sears’ idea of an April Fools joke was saying it was going back to old registers and mail-order catalogs. Wow, you really got me! If that’s your April Fools joke, best just not say anything at all. 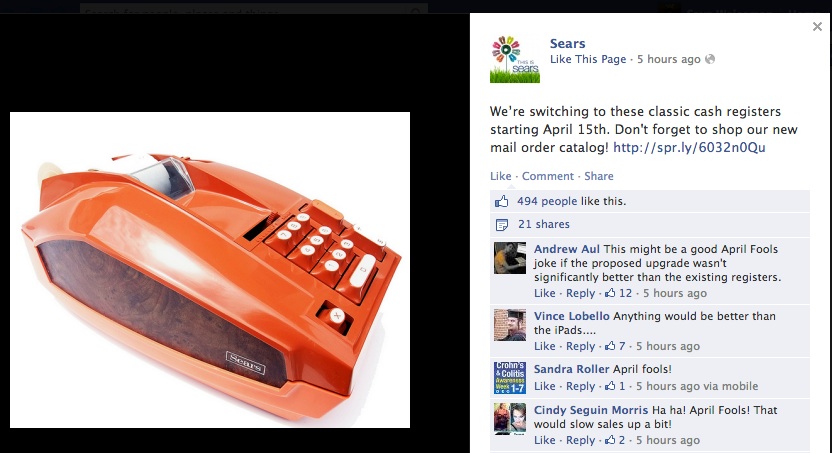