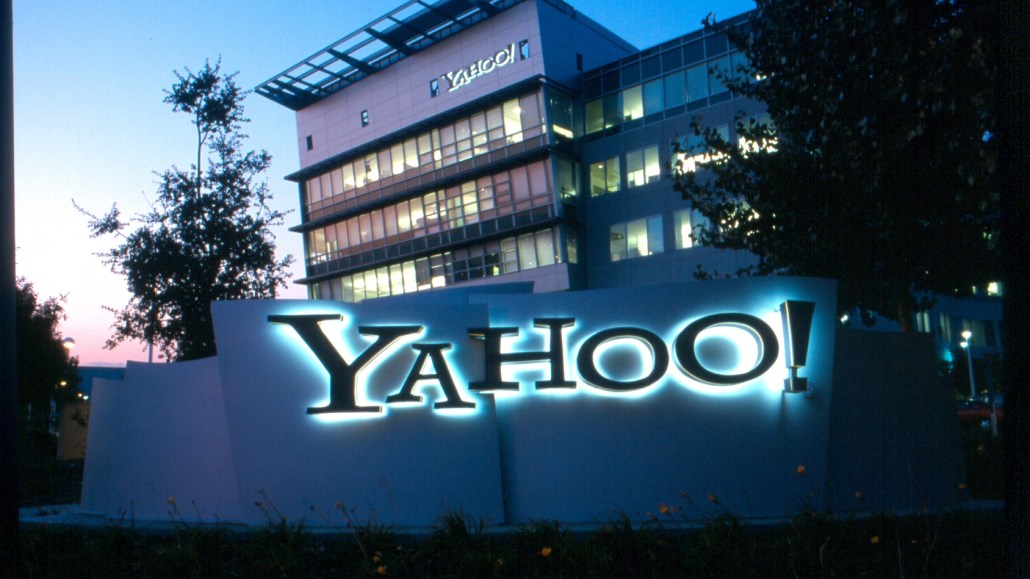 Being an agency exec can be emasculating at times. Execs typically resort to flattery to attract new clients and are usually restricted from crowing about the great work they have done for existing ones.

But digital agency Undercurrent has taken a decidedly brazen approach to market the recent opening of its first West Coast office in Los Angeles: detail how it would fix what ails Yahoo.

On Monday, March 10, Undercurrent published “An(other) Open Letter to Marissa Mayer” on its new Tumblr hellotheremarissamayer.tumblr.com. The post — authored by Bud Caddell, founder of Undercurrent’s West Coast office — relies on publicly available data to deliver a systematic critique of Yahoo’s few successes and many missteps under the Mayer regime. An excerpt:

The operating model at the core of Yahoo needs a reboot if you’re going to succeed at the speed the market demands. Compared to ROS firms of your scale, corporate governance at Yahoo is five times larger (and less effective) while operating expenses as a share of revenue are more than double. We also theorize that you are experiencing diminishing R&D returns – for every $2 of R&D spending, you’re only realizing $1 of disruptive output compared to ROS firms. While you are doing almost everything in your power to realize change, many parts of your organization are still designed to mirror a more than 200 year old advertising industry. This legacy structure will inhibit your best laid plans for the future if left largely unaddressed.

While Caddell praises Yahoo’s product team for iterating with startup-like speed, he criticizes Mayer for having a cult of personality larger than the company she is supposed to be rebuilding, having an inefficient managerial structure and failing to inspire a sense of purpose in her employees. (Caddell added that Mayer’s outsized media presence is mostly due to her being a female CEO in the predominantly male, sometimes sexist world of technology.)

“We found that people felt like there was no continuity at Yahoo,” Caddell told Digiday. “That’s less a sign of their structure and more a sign of executive leadership going in and out of the company. Yahoo has been kind of listless for the past six months. It really hasn’t had a defining purpose for ‘Why go wake up and work at Yahoo every day?’”

Caddell was quick to concede that the post is both a marketing ploy and a sales pitch. If he posted the report to Tumblr simply to generate buzz, he appears to have been successful. On Monday, March 17 — a week after the “letter” was published — traffic crested with nearly 400 visits, approximately a quarter of which came from Yahoo’s own network, according to Google Analytics.

Caddell said that his contacts within Yahoo told him that the post had even been forwarded to Mayer herself, although Yahoo did not substantiate that claim to Digiday. Yahoo declined a request for a comment.

Beyond being an audacious sales pitch, the Tumblr post, Caddell said, is a flare meant to be seen by potential clients that aren’t Yahoo. Caddell was one of Undercurrent’s first employees when the agency launched in 2007. He recently left Deutsch to lead the opening of Undercurrent’s Santa Monica, Calif., office and attract new clients.

“For us, this as much as how we talk about ourselves,” he said. “We’re opening up our L.A. office, and we’re starting to think about how to cater to West Coast clients.”

The post is labeled “Part One” at the top, and Caddell writes that “admittedly, [Undercurrent’s] analysis is incomplete as we’ve relied solely on public data.” The report is based on publicly available information culled from Yahoo Finance, Yahoo Finance, Glassdoor, Twitter, Facebook, Google, Yahoo Careers, Mattermark and Internet Dealbook, in addition to conversations with several Yahoo employees, Caddell told Digiday.

But Caddell didn’t mean imply the post is the first in a series about Yahoo. Rather, the next part in the series would be about Undercurrent being hired to implement these changes within Yahoo. Yahoo hasn’t contacted him yet, though. He did say he’d be less outspoken if Mayer were to invite him in, however.

“My first day in there, I’m trying to change my own ignorance. You do that by talking to junior people and senior folks and listening to the differences in what they have to say,” he said. “ And understanding what’s keeping Marissa up at night.”