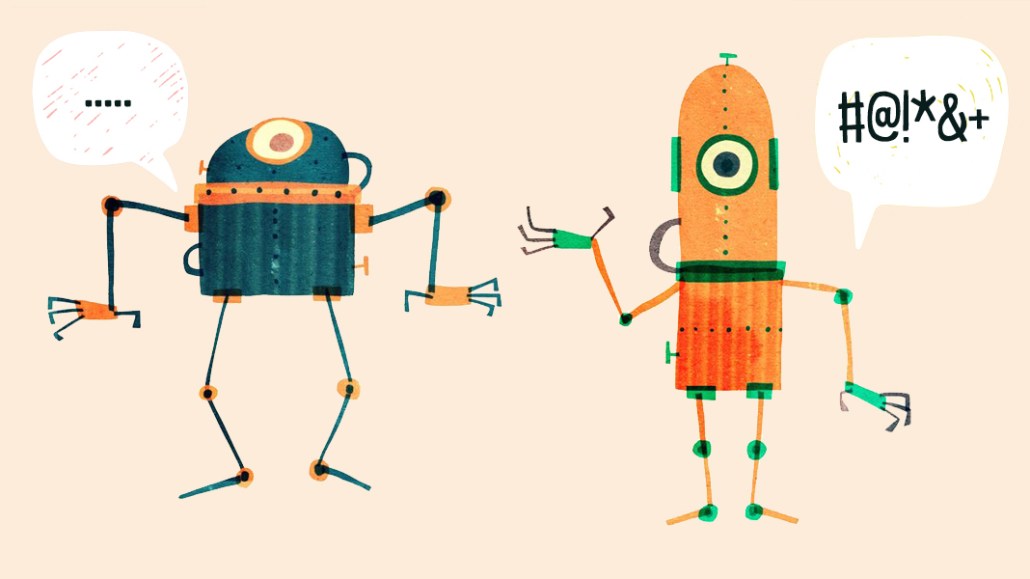 Uber has faced a lot of change in the last year. But one that has nothing to do with its controversial founder or issues with diversity is its move to bring media buying in-house.

Uber claims to be running most of its media buying in-house, including buying, strategy, optimization and having an ad tech team. That’s a big change from three years ago when Bennett Rosenblatt, Uber’s programmatic display lead, joined Uber almost three years ago from MediaMath, he said at Advertising Week New York on Tuesday.

For Uber, the decision wasn’t about saving money but rather a desire for ownership and a transition in how they were advertising. As Uber grew its ads became less about mass reach and acquiring app installs and more about personalization and reengagement of the now thriving ride-hailing community. Uber needed to convince people to use its services over any other transportation options.

Uber’s decision to move away from agencies and embrace in-house buying is another sign of the overall trend of marketers, particularly those without established marketing systems, opting for more control that comes with bringing operations in-house. While it’s a 10-year-old company, the marketing team is only about four years old, Rosenblatt said, and it’s growing. Uber also hasn’t had the best experience in the agency world. In September 2017, Uber filed a suit against Fetch, alleging the Dentsu-owned mobile ad agency misrepresented how effective its media buys were and purchasing nonexistent and fraudulent ads for Uber.

Part of Uber’s transition involved working more with MediaMath, a programmatic marketing tech company.Anna Grodecka-Grad, MediaMath’s global head of professional service, was on stage with Rosenblatt to ask him about the process and the reasoning.

Rosenblatt said there were three rules they follow in the marketing department: transparency, trusted advisory and “incrementality.” While previously Uber focused on cost per install or cost per first trip as their most important KPIs, that’s changed to cost per incremental install or incremental first trip. That metric involves running control groups within their campaigns and calculating the effectiveness.

“A lot of time we run campaigns that are just not incremental. There’s a lot of pitfalls. You can run into running a campaign that looks really good but didn’t actually have any results. What really matters is if someone gets in that seat and takes their first trip,” Rosenblatt said.

Uber is focused on mobile ads, but Rosenblatt said he’s frustrated that it has not yet completely shifted to programmatic, and he’s also wary of the fraud within the ecosystem. To help identify and combat the fraud in mobile, Uber ran a test campaign in which  50 percent of users were served an ad that required one click to engage and the other half had two clicks. Rosenblatt said the two-click ad had about 97 percent fewer clicks.

“It comes back to that questions of incrementality. A lot of partners in the ecosystem will prey on high organic growth mobile clients to fire bogus clicks. Mobile, there’s a lot of tricksters and a lot of bad ads,” Rosenblatt said.

Of course, Uber isn’t completely free from agencies. It hired AKQA to help with branding campaigns, as it works to revitalize its image in the wake of scandals.

“Lately we’ve leaned in on brand metrics. We’ve pivoted to bringing in an agency to run brand campaigns on our behalf.,” Rosenblatt said.

Looking ahead, Rosenblatt said his internal team has been focused on building more AI-driven models such as models based on bid-stream data. The hope is that these models can predict when a rider is potentially ready to take a trip such as when they’re playing Words With Friends or another mobile game. But while Uber’s embracing the use of AI, Rosenblatt said he doesn’t predict robots to completely replace his team.

“I don’t think robots is every going to replace trading in programmatic. I think there’s always going to be that trader in the middle gut-checking things,” Rosenblatt said.