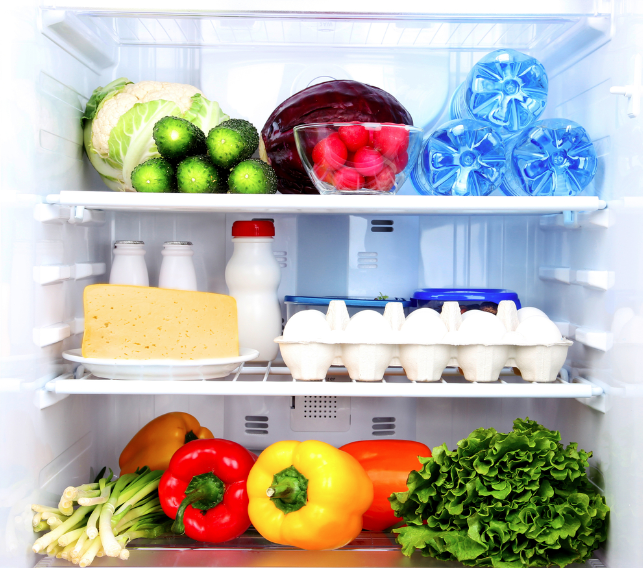 Have you ever wondered what your refrigerator would have to say if it had a Twitter account? Probably not. But if you for some reason are curious, check out LG’s new live video tweeting refrigerator.

To raise awareness about its new refrigerator range, LG Nordic — with the help of agency M&C Saatchi Stockholm — has created a tweeting refrigerator. Every time someone opens the refrigerator, it tweets out a message along with a live-streamed video.

The special tweeting fridge has been set up at Baluba, a Swedish TV-production company run by comedian Peter Settman. Fans can follow the tweeting fridge on Twitter @LG_insidestory to see the live video tweets that feature random banter about the kinds of things in the fridge like cod fillets and blooming onions (what else is a fridge going to tweet about?) and visits from Swedish celebs who happen to stop by the production studio.

Sadly, the refrigerator’s Twitter account only has 19 followers so far. It turns out not many people are interested in seeing tweets from inside a fridge about lettuce and all that other exciting stuff that happens inside a fridge. Go figure. 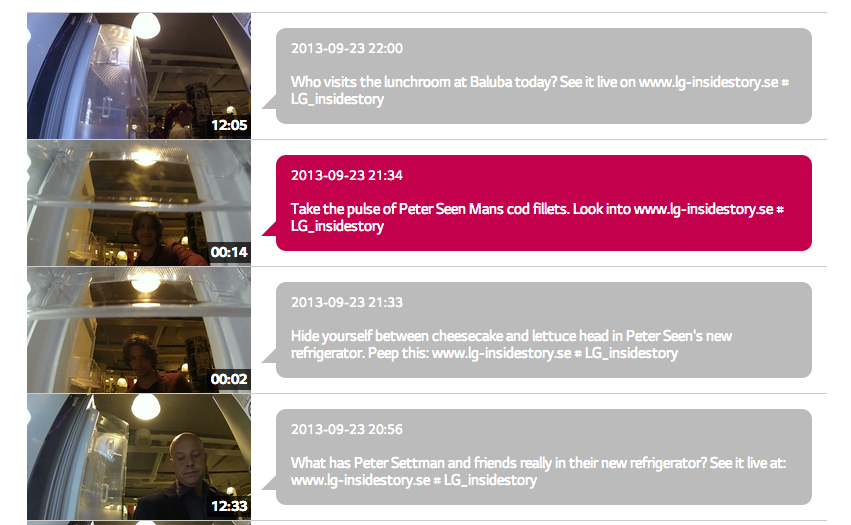