‘Time to test multiple offers’: Why Black Friday and Cyber Monday advertising is coming earlier than ever this year 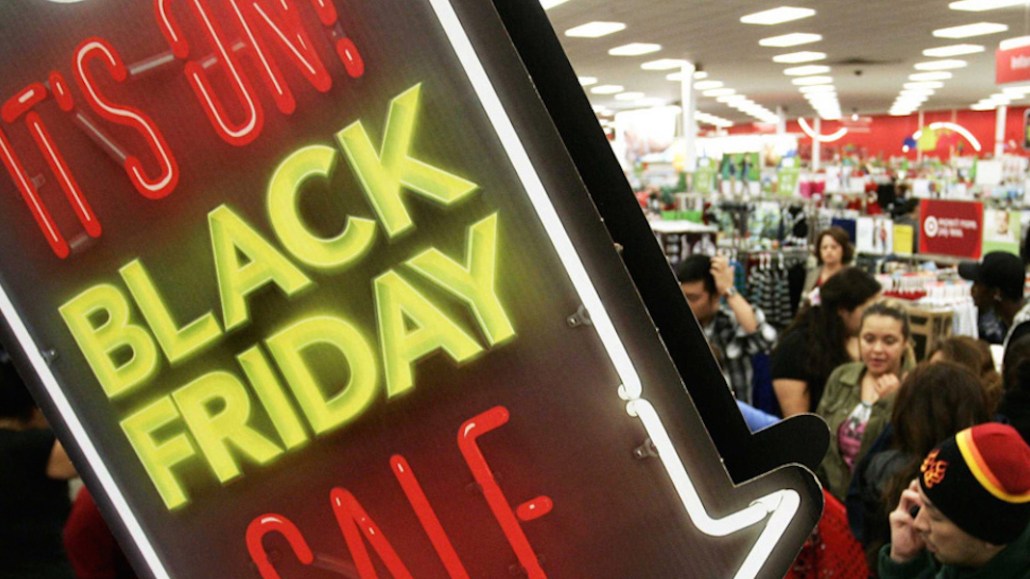 Ad buyers are rolling out ads touting Black Friday and Cyber Monday deals earlier than ever this year, with some posted on platforms like Facebook and Instagram just days after the 2020 presidential election.

The ads aren’t the only way the deal holiday is kicking off early this year: The brands, many of which are direct-to-consumer, that the buyers work with are offering those discounts ahead of the typical four-day period as well. Some buyers say they are using the weeks between the election and shopping weekend as a way to test and learn, figuring out which creative assets, copy and deal offerings perform best ahead of Black Friday and Cyber Monday so that they can ramp up spending on those ads starting on Thanksgiving.

Given the accelerated shift of consumer shopping behavior to e-commerce and the expected surge of online holiday shopping this year, the creep of Black Friday and Cyber Monday advertising to early November isn’t surprising. And with the coronavirus once again surging in much of the United States, ad buyers expect that more consumers will look to do their holiday shopping early and online to assuage any worry about shipping delays.

“After Prime Day [in mid-October], we started seeing consumers really look for deals,” said Katya Constantine, CEO of performance marketing agency Digishop Girl, which has worked with DTC brands like Away and Scentbird. “Following the election, there was an increase in CPMs and a decrease in conversion rates. Brands that were successful during that period were the ones running deals.”

By offering holiday shopping discounts early, brands are reacting to consumer behavior and trying to stay efficient in the current environment, according to Constantine, who added that the brands she works with have “seen an improvement to conversion rates this week and we believe it’s because of the early Black Friday and Cyber Monday deals that are running.”

Jeremy Sonne, managing director of Moonshine Marketing, has also seen an improved performance for clients who are running promotions early this year. The agency worked with clients to create three or four different offers for Black Friday and Cyber Monday that it started rolling out at the beginning of November. “If one didn’t perform well we’d move on to launching our next offer and go down the list,” said Sonne.

While testing out ad creative and offerings is commonplace with digital marketing, doing so for Black Friday and Cyber Monday is new. “I think what you’ll see is this sort of lean approach that a lot of people take in general to testing and scaling with digital advertising now applied to Black Friday sales,” said Sonne. “You move early so you have time to test multiple offers and then when you find one that really clicks with consumers you scale it up.”

While buyers say they’ve pushed out ads for deals earlier than the four-day shopping period before, typically starting the Monday ahead of Thanksgiving, they say this is the earliest they’ve done so. That’s the case for Zach Stuck, founder and CEO of Homestead Studio. The digital growth agency is currently running Black Friday and Cyber Monday ads for its entire portfolio. After the election, 25% of its brands started rolling out those ads. This past Monday, November 16th, another 50% started running those ads and the other 25% have been launching throughout the week.

“The biggest thing we’re doing this week is determining which offers are working best,” said Stuck, adding that instead of trialing 20% off versus 25% off the team has been pushing ads for unique offers like a free gift card or discounts for bundled purchasing to stand out. “Once we know what the assets and creatives per each offer [that are working well] we’ll have a winning combo to double down [on paid media for those ads] to go into Thanksgiving and through Black Friday and Cyber Monday.”

Buyers say that getting a head start on Black Friday and Cyber Monday can also help alleviate some stress for employees during the holiday as well as worries that Facebook’s Ads Manager might once again have issues during the holiday that it has experienced in previous years.

“It’s a hedge against [Facebook’s Ads Manager] breaking on the Wednesday before Thanksgiving,” said Kevin Simonson, vp of social for Wpromote. “People have not forgotten that.”