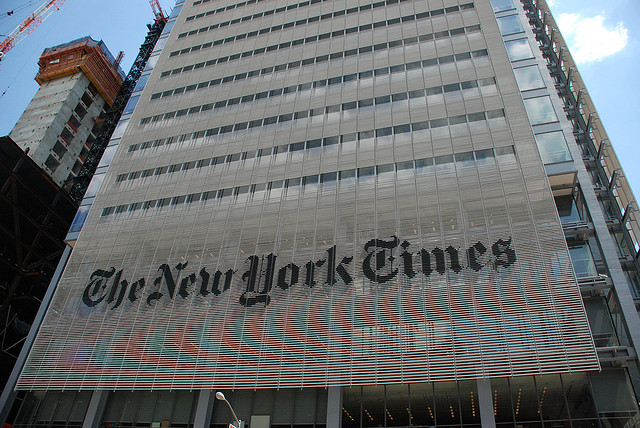 Yesterday we wrote about how PBS just put out a video of Mr. Rogers auto-tuned as a way to make the beloved TV figure relevant and entertaining once again to those who may have forgotten about him and to a new generation of young people who didn’t grow up with him.

Now it looks like the New York Times wants be part of the club too. In what looks like an effort to be up-to-date with Web culture and viral content, the news giant partnered with band and viral video makers The Gregory Brothers (the creators of the Web series “Auto-Tune The News”) to make an auto-tuned version of the final presidential debate. The Gregory Brothers wrote about the video on the New York Times Opinion Page blog.

It’s a fun way for the New York Times to reach a new audience that simply does not read newspapers. After all, the Gray Lady has already gotten into animated GIFs. Watch the video below.