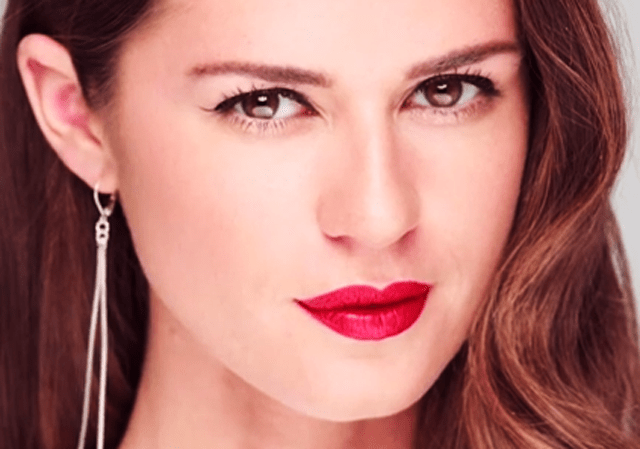 By now, you’ve seen the Target “Everyday Collection” spots that turn cliches of everyday women — a hormonal pregnant lady with cravings, a bake-sale mom, a mom changing diapers — into glamorized versions of themselves. They’re a bit off. But Target is going a funnier route with its online part of this “Everyday Collection” campaign.

Today, Target hosted a live interactive Twitter event yesterday, the Target Everyday Show, which played off the glammed-up vibe of the TV spots. It was a runway show inspired by people’s tweets about everyday products. People were encouraged to tweet about everyday things like craving spinach at the office or eating marshmallows as a meal and using the hashtag #Everydayshow.

Target chose its favorite tweets, like “Somebody stole my pack of gum! #notcool” to feature in the tweet-to-runway show during which models in all white with red lips strutted down a white catwalk. At the end of the runway, each model read off one of the selected tweets in a weird, robotic cadence — they even read out the ellipsis in people’s tweets, as in “dot, dot, dot,” like this one. Yeah. It was super weird, but somehow it worked.

Unlike the TV spots, which just reinforce old-school gender-role stereotypes and play into society’s need to portray women as sex objects — even when they are about to wipe a baby’s ass — this live twitter runway show actually poked fun at the ridiculousness of modeling and catwalks and just made everything, especially people’s tweets, seem pretty silly.

On Target’s YouTube channel you can find the video collection “Tweet-to-Runway Show,” which features clips from the live show (start from video number 26 for the actual live event clips) so you can see the ridiculousness yourself.