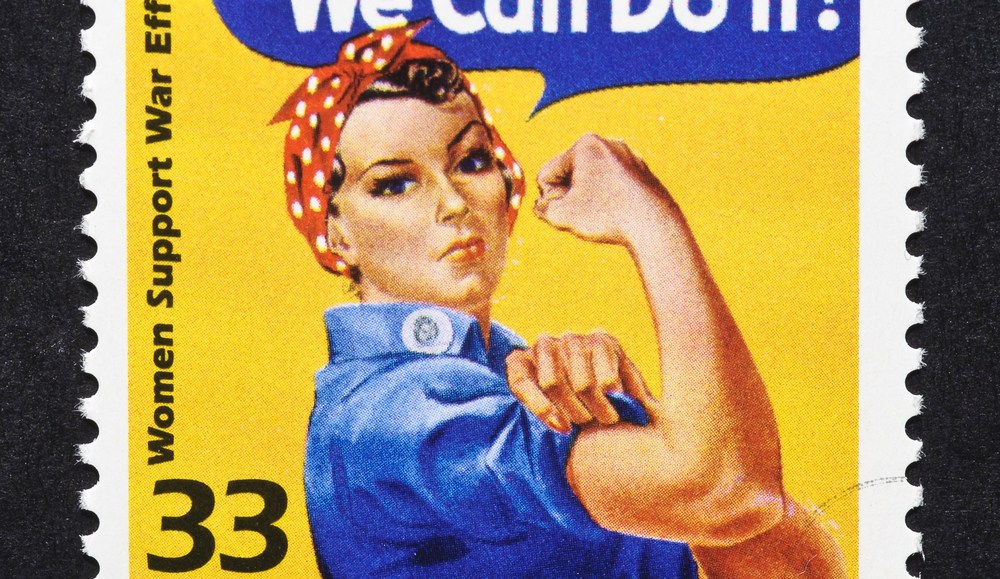 Swiffer really messed up with its latest ad, but more importantly the brand remedied the problem quickly and in a sincere and human way.

The ad in question featured a version of Rosie the Riveter, the iconic feminist image from the World War II era that symbolized women joining the workforce, holding a new Swiffer Steam Boost mop. Clearly using such a powerful and historically important image that represents female empowerment to sell a cleaning product is completely insulting to women. The spirit of the Rosie the Riveter image was not meant to get women back in the kitchen and mopping floors.

It didn’t take long for the social media and online backlash. And it also didn’t take long for Swiffer to immediately apologize. Swiffer took time to respond to individual angry tweets explaining that the brand didn’t mean to offend people and that it is working quickly to remove the image everywhere. The latest tweet from Swiffer says, “Our core value is to make cleaning easier, no matter who’s behind the handle. We apologize and are working hard to remove the image.” 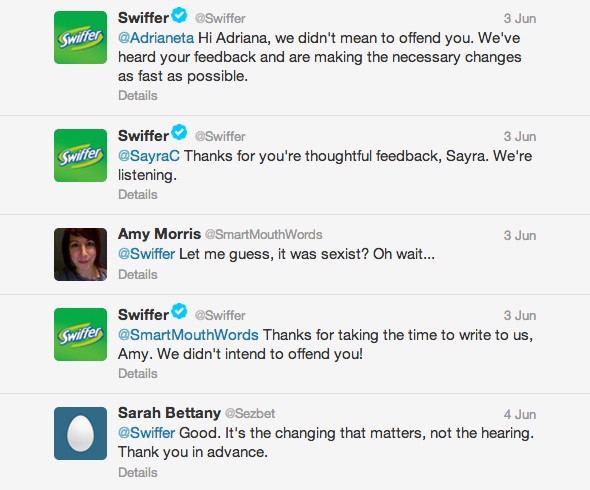 While it is shocking that this ad was approved — it joins the ranks of ads like the Hyundai suicide ad and the Belvedere rape ad in — the speed and sincerity with which Swiffer responded almost makes up for the bad judgment. If anything, brands making mistakes and owning up to them in a personal way, and not just with some corporate press release, makes them seem much more human.