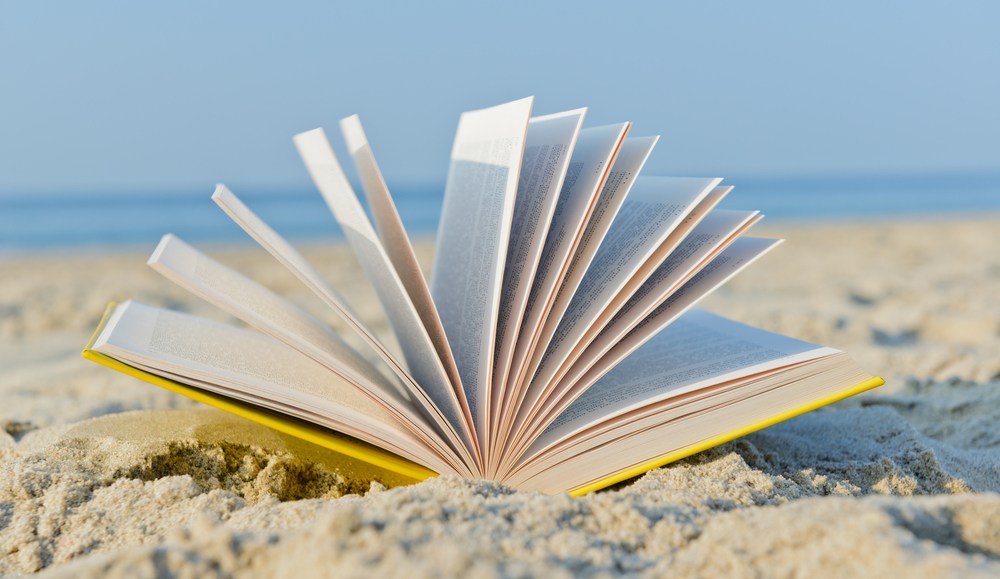 If you were smart, you booked your summer vacation for this month, through these heavy, dragging days of August. The best part of going away? Unplugging — from your smartphones, laptops, phablets, wearables and sundry Internets.

So step away from the screen and pick up one of these books, handpicked by a who’s who of the agency world. Here are the pages (and, fine, e-readers) they’re flipping through as they bide their time on the beach until September.

John Osborn, President and CEO, BBDO New York
Recommends: “How the Poor Can Save Capitalism,” by John Hope Bryant
Reason: “Because the message of inclusion and financial empowerment is relevant today as are the ideas for rebuilding the middle class.”

Robert Harwood-Mathews, president of TBWA/Chiat/Day New York About to embark on a motorcycle tour of the U.S., Harwood-Mathews recommends: “King of the Cats,” a biography of Adam Clayton Powell Jr., by Will Haygood.
Reason: “I was visiting the Studio Museum in Harlem with my friend Lewis Long and we got talking about the area. I love learning about New York history and I love a good flawed hero.”

Also recommends:”The Colorless Tsukuru Tazaki,” by Haruki Murakami.
Reason: “I’m a longtime fan and have read all his books. Magical realism is one of my favorite genres. His simple clean prose is full of beauty and surprise.”

Recommends: “Bird Dreams,” by Matt Higgins about the BASE jumping and batsuit community.
Reason: “I’m a fan of human endurance stories and advocate of a little risk in one’s life. I’m not planning on BASE jumping anytime soon but I fully understand why.”

David Angelo, Founder & Chairman, David&Goliath:
Recommends: “Talk Like Ted,” by Carmine Gallo
Reason: “I took the book with me to the Serengeti last month. It showcases the ways people inspire each other to chase their dreams. It’s no secret that I have aspirations to do the same. It also kept my mind off the lions that were roaming around my tent at night.”

Recommends: “I am Pilgrim,” by Terry Hayes.
Reason: “I love spy novels. They help me unwind.”

Recommends: “Great by Choice,” by Jim Collins.
Reason: “I’ve read all of his other books. He’s always researching and writing about what makes companies successful, which is something I’m keenly interested in.”

William Gelner, chief creative officer at 180 Los Angeles:
Recommends: “The Sixth Extinction,” by Elizabeth Kolbert.
Reason: “This is an incredibly well researched and smartly written book that clearly outlines all five major extinctions that have occurred on our planet, all of them being natural occurrences. Then she makes an eerily compelling case that we are in the midst of a sixth extinction, but this time, it’s man-made and happening at an alarmingly rapid pace. What I like about it is the straight-laced, matter-of-fact, nerdy approach to the subject matter. She keeps personal opinion and all the sensationalized crap out of it so you get a more scientifically balanced point of view. Not light reading by any means, but an important book nonetheless.”

Also: “The Circle,” by Dave Eggers.
Reason: “Eggers is one of my favorite writers. I really like the way he tackles current cultural issues and applies such an intelligent, literate and snarky tone of voice to it. In this book, he tackles the rise of social media and our addiction to it. I like how he confronts the issue of privacy, or lack thereof, and he gets to a the root of the matter. We are so desperate for constant admiration, we are totally willing to give up our privacy to get it. A pretty harsh verdict on modern society but it’s hard to argue with it.”

Rich Guest, U.S. President of Tribal Worldwide:
Recommends: Any novel by Marcus Sakey
Reason: “Sakey’s stories are smart, fun, and incredibly well researched. Because the books have nothing to do with marketing or advertising, they are a great way to reboot your outlook and lift it out of any ruts. Plus, Marcus — and his wife — is a former Tribal staffer so his great work is a constant reminder of all the great, talented people at Tribal (past and present).”

Recommends: “The Power of One” by Bryce Courtenay
Reason: “With all the reading I have to do through the year, this summer I wanted a read that would refreshen the mind and give it a little break at the same time. I first read ‘The Power of One’ when I was 14.  It is an inspiring story beautifully told, and I felt it was the perfect book to allow me to log off for a period and refresh during the summer break. Lying in a hammock in Nicaragua last week, it brought back not just the memories of the story but of my life when I last read it.”