The success of retailers’ ads on Prime Day in 5 charts

Amazon claims that this year’s Prime Day –a 36-hour window of sales taking place over July 16 and 17 – was the most successful shopping event in its history with over 100 million products sold, even with the site’s crash towards the beginning.

But Prime Day was just as beneficial for other retailers like Amazon competitors Walmart, eBay, Target and Best Buy who leveraged the event to promote competing offers on their own sites. These five charts show their success from this past Prime Day.

Retailers get in on the competition
Prime Day offers a lot of opportunity for retailers to get in front of ready shoppers ahead of back-to-school. Global media analytics platform BIScience analyzed the impressions of ads from major retailers Walmart, eBay, Target and Best Buy in the weeks proceeding Prime Day to the last day of the event.

As the graph below shows, besides Amazon, which would naturally want to lead into the event with more messaging, both Walmart and eBay saw bumps in the number of impressions their ads were generating; they still lagged behind Amazon, but managed to draw more eyeballs than Target or Best Buy. Kevin Porter, media communications director, at independent agency Walrus, said the lead-in to Prime Day is particularly important, especially for Amazon, but also for other retailers, so that as Amazon is getting the word out about it’s upcoming deals, so are they.

More ads mean more impressions
From June 26 to July 16, BIScience analyzed how many ads each top retailer produced going into Prime Day. Amazon easily leads the pack with 21,000 ads promoting Prime Day and other deals on Amazon.com. Walmart came next with 5,800 ads promoting its online deals, while Best Buy fell to the bottom with 730.

“Amazon created awareness for a major shopping event online,” said Porter. “Competitors took advantage of broad consumer awareness and interest in wanting to be a part of the event and finding deals.” 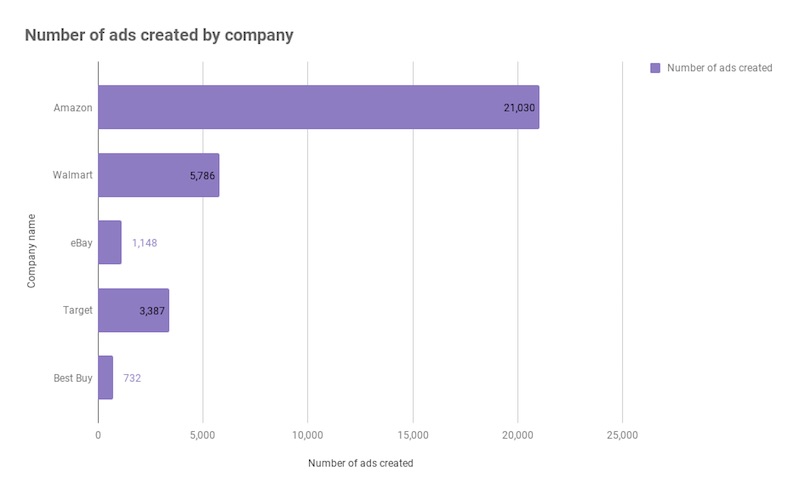 Competing retailers trail Amazon by billions of impressions
There’s so comparing impressions with Amazon which brought in around 175 billion of them with its ads that ran ahead of and on Prime Day, according to BIScience data. 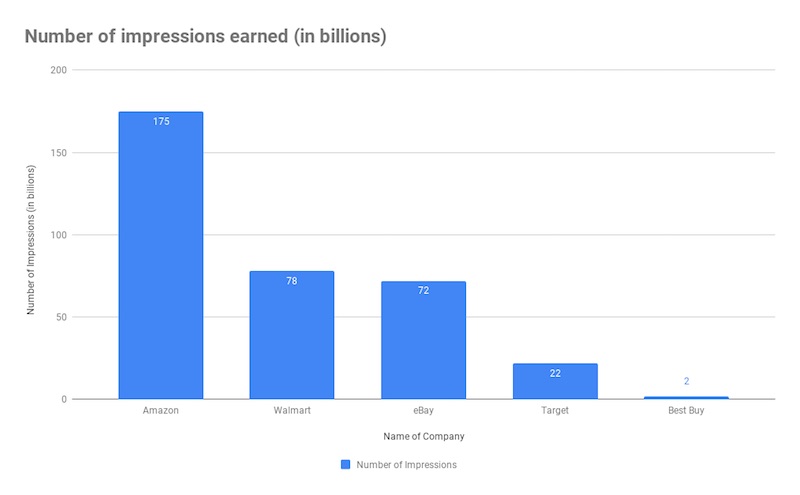 “You’d expect other retailers to be promoting off-site to steal traffic from Amazon,” said Jason Goldberg, svp of commerce at SapientRazorfish. 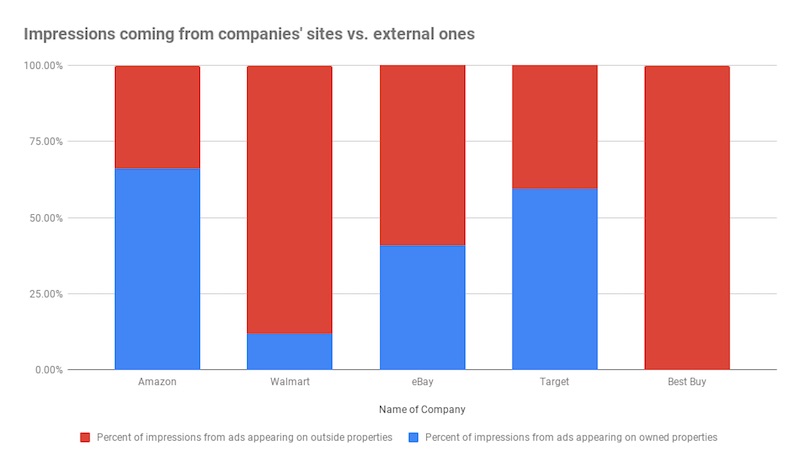 Retailers saw the most impressions with mobile display ads
Retailers competing with Amazon during Prime Day saw the most impressions come from mobile display ads followed by desktop display and mobile video ads, according to BIScience data. Porter said that nimbleness in responding to competing offers is one reason why display assets might have been favored over video. Another reason: “A focus on ROI for an e-commerce event might also be a reason to keep production and media costs lower with display vs video,” he said. 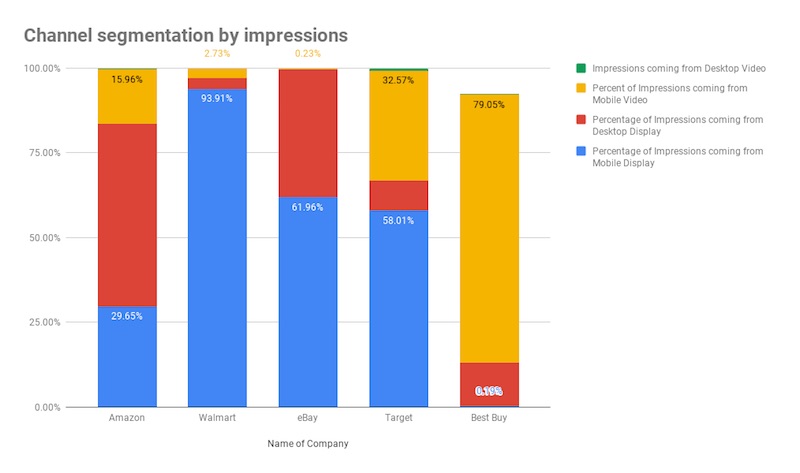