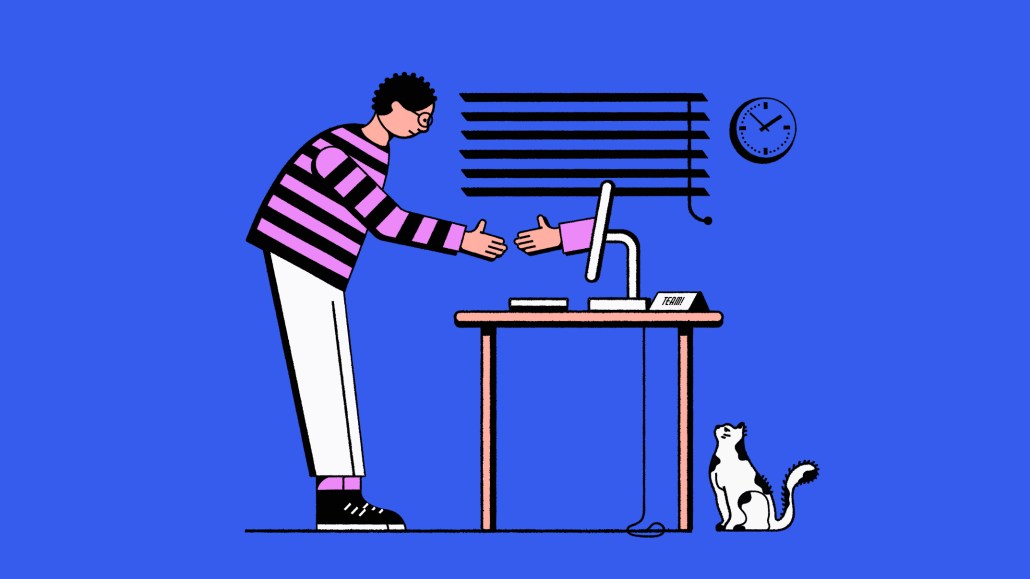 Since State Farm first sponsored the League of Legends Championship Series in 2018, its presence in gaming has expanded to include partnerships with large companies and individual players alike. The insurance company’s latest activation brings it directly into a video game world by translating State Farm’s mascot, Jake from State Farm, into a non-playable character in NBA2K22.

This is the first time a branded mascot has appeared in NBA2K, and an experiment for both the game and State Farm — but its creators believe that the State Farm mascot’s strong cultural presence will help hold gamers’ interest. “He’s kind of become a part of culture,” said Craig Miller, svp of creative at The Marketing Arm, the agency that developed the activation. “People even dress up like Jake from State Farm for Halloween.”

State Farm’s relationship with NBA2K developer 2K Sports began just a year after the company started sponsoring the NBA in 2010. “We’ve done a lot with them,” said State Farms assistant vp of marketing and brand Patty Morris, “from in-arena to stanchion signage, which mimics real life.”

To date, State Farm’s involvement in NBA2K has followed the lead of its partnership with the real-life NBA. The company has held off on exploring the potential of features specific to the title, such as The City, a mini-metaverse of sorts where players can congregate before and after games. The City is where the virtual mascot can be found idling in front of a storefront and offering players access to a free in-game skin based on State Farm uniforms.

The in-game mascot is eerily lifelike, the result of a development process that combined NBA2K’s bespoke motion capture technology with the comedic timing of actor Kevin Miles. “We’re always really conscious of that fine line between an immersive experience and an intrusive experience,” Morris said. “The last thing you want to do is show up out of context and take value away from the experience.”

Despite this caution, the in-game experience ultimately comes off as more of a commercial than a genuine on-the-street interaction, with dialogue that is slightly stilted, albeit genial. But State Farm is not overly concerned about the return-on-investment metrics; the company is approaching the virtualized mascot as an experiment that can be tested and refined to help improve similar activations in the future. “Doing something new and different with a brand-new partner is bringing a ton of value to us as a sponsor, and we think value to players of the game,” Morris said.

State Farm is doubling down on the partnership by hosting a “Battle of the Khakis” livestream event on Twitch this Saturday, October 2, featuring the real-life Jake from State Farm and a group of prominent NBA2K streamers such as LosPollosTV. “We want to be faithful to this partnership, and there will be social to support it,” Miller said.

Though heavy brand involvement risks becoming off-putting to NBA2K players, the fact that the partnership doles out free skins to participating players allows it to improve their experience instead of simply existing alongside the game. “You have to be doing something that enhances the experience for people who are gaming,” said Marta Swannie, senior creative director at the agency Superunion. “If you do something that doesn’t feel authentic, it’s going to feel like a bit of an interruption.”

As society moves into the metaverse, consumers are becoming increasingly comfortable with virtual representations of actual people, and brands will continue to follow suit through partnerships that combine the real with the virtual. For State Farm, a longtime NBA sponsor, bringing its mascot into the most prominent basketball video game was a natural extension of its sponsorship activities in the physical world. “We’re sort of mirroring reality,” Morris said.