Starting out with David Baldwin: ‘It’s been a magic carpet ride’ 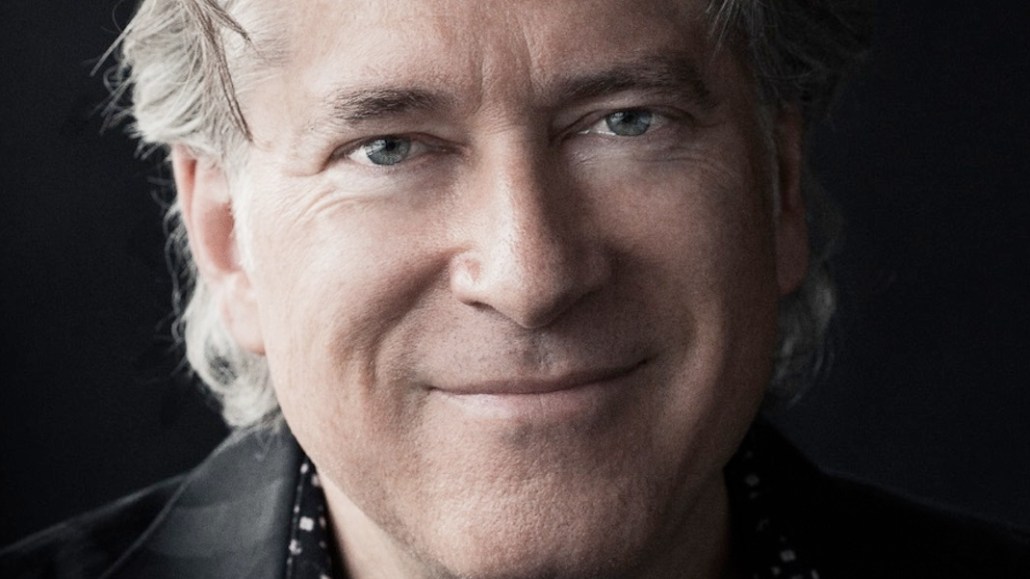 Baldwin& co-founder David Baldwin is a veteran of the ad business. Before founding his own agency in Raleigh, North Carolina, during the economic recession, Baldwin spent time at some of the most well-known New York shops of the 1980s and 1990s. Here, he shares his story of how he broke into the industry.

I grew up in advertising. My mother was a media director. So in my formative, sentient years, growing up in a small desert town in Texas, near El Paso, I’d see these creative guys in a room with drawing tables, and they were kind of doing fun stuff. So I was 9 or 10 when I was introduced to the ad world as a career.

I was in an ad in seventh grade as a model. It was an ad for Justin Boots. The head of the agency and I were in the ad, as father and son. Maybe my mother conspired to get me in there so I would have to cut my hair.

I wanted to be a musician, but I ended up going to study advertising. I remember I had this teacher named Leonard Ruben. All of his students, we were known as Rubenites. He had this thing where he would “fire” you. If you didn’t do your homework or finish an assignment, you’d be fired. You’d be kicked out of class. I know a bunch of Rubenites still in the business.

Ironically, he was harder on us than the actual business was later in our lives.

If you’re a cabinet maker, when you’re making a cabinet, it has to meet the spectrum of what a cabinet does. It has to be sturdy enough to work. Then, you focus on making it beautiful. In advertising, that should be the case, too; we should get the objective right. Dr. Ruben taught us that very early. He would tear work to shreds. You need that when you get into this business. I learned that it wasn’t personal.

It’s still hard 32 years later when I make something I’m excited about and the client doesn’t like it. That’s the distinction that makes you not afraid.

When I moved to New York, I didn’t have a job. Back in those days, you had to mail portfolios to agencies and, weeks later, pick them up after they told you you didn’t get the job. I made this equation in my head where I realized it was more efficient to drop them off than mail them from Texas.

Portfolios were hand-drawn and mounted. I was so broke. In July of 1985, I hit the pavement. I went agency to agency. All the creatives, everyone was gone to the Hamptons. By the end of the summer, I had $400 left, and I didn’t have enough to fly home or stay. So I started looking at working at art stores. That was when I got an offer from McCaffrey & McCall. These guys were straight out of the “Mad Men” era. I was alert and afraid. David McCall, one of the founders, was one of David Ogilvy’s first copy chiefs. Ogilvy rules were in clear effect. You weren’t allowed to drop copy out of a picture. Humor doesn’t work in advertising.

I never got fired, but when I got out, I got out one step ahead of the sheriff. I was very clueless, egotistical and thought I knew everything. I was insufferable. When my work would get killed, I’d give the creative director a piece of my mind.

I’ve worked with good people. This world is so small. It’s really amazing where you go to events, and it’s all the same people. When I worked on the documentary “Art & Copy,” Hal Riney said as much: “This industry, it comes down to a few great people.”

I’m one of those guys who does not have a screenplay in my back pocket. I never wanted to get out. I felt lucky to be here. A lot of people in this industry hate it or say that they hate it.

There’s something about starting an agency from scratch with people you love. I wanted this ability to say no. Saying yes to anything just so you can deliver a stipend to a big company gets stifling.

It’s been a magic carpet ride down here. Starting Baldwin& was like it was 1985 again. The difference was, I had experience, and I knew I didn’t know things. I wasn’t arrogant. Starting an agency in Raleigh, North Carolina, in 2009 was insane. I rejected the safety of making a ton of money in NYC as a chief creative. I decided I wanted to stay here. I didn’t want to look back in 10 years and say I should have done it.

I have this document I wrote about what I wanted the company to be, and it’s what the agency is. I want to leave a legacy of work, but also relationships.