Starting out with AKQA’s Wayne Deakin: ‘You can’t be comfortable’ 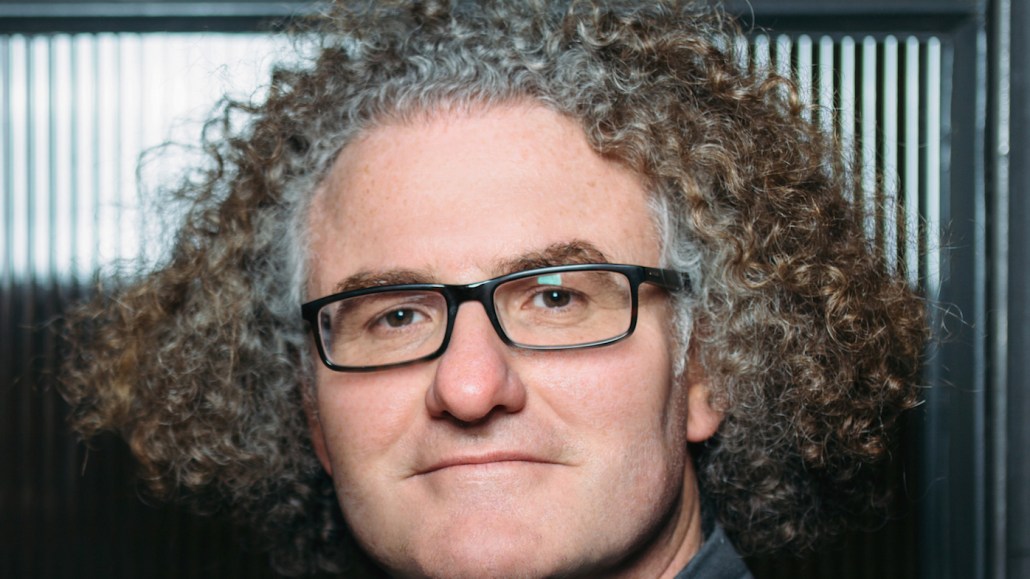 AKQA executive creative director Wayne Deakin may describe himself as “an idiot with crazy hair,” but his award-filled career suggests otherwise. His desire to leave Australia, where he grew up, led him to travel the world, working for world-class ad agencies, including George Patterson Y&R (now Y&R ANZ) in Australia, Cohn Wells in the U.S., Jung von Matt in Germany, and Jam (now Deep Focus) and Engine Group in the U.K. Here, he shares his story of breaking into the industry. Answers have been edited for length and clarity.

I grew up in a shitty little fishing village in Queensland, Australia. It was a tough, working-class environment where even the women looked like the men. People from Melbourne used to call us banana benders, to reference how backward the area was. My dad was an electrician and ran his own business with my mum, who was also a textiles artist. The first thing I wanted to do was escape from that town.

I’ve surfed since I was 5 years old and competed in international competitions, but I wasn’t good enough to go pro, and there’s no money in it anyway. My family valued freedom of expression but also hard work. So I did a bunch of jobs: I drove a forklift truck, worked as a nightclub bouncer, helped my dad with the business, worked on a fishing boat. Getting into advertising wasn’t some higher calling. When I first moved away, to Brisbane, I saw these guys shooting a Speedo ad on the beach, and as a 21-year-old I thought, “Well, I’m pretty shit at everything, but I’m good at coming up with ideas.” So I applied for Award school — the equivalent of D&AD New Blood school here — and from there got a placement at an ad agency known then as Knowles Bristow, where I had an amazing mentor, Bill Bristow.

In Australia, you had to start at the bottom, making coffee and cleaning rooms. You weren’t allowed to be a creative until you’d done all the other shit, no matter what school you’d been to. In between the shit jobs, you would get briefs, where you could offer ideas. In my first job, I got a job on a skin cancer campaign. I don’t remember the name of it, but I was trained that there’s no value in a one-hit wonder. It’s about long-term gigs. So you were very much put back in your box; it was about the team, not the individual. That’s stayed with me. In the U.K., there’s a bit too much emphasis on egos. But you can be a rock star without having the rock star attitude.

Growing up in a small town had instilled in me an urge to see the world. I’d never had the fortune of having overseas holidays and being close to other cultures. So I worked in Singapore for a bit, then moved to the U.S., where I discovered digital. I came to the U.K. in the late ’90s. I went back to Australia for a bit to work on the 2000 Sydney Olympics, after which I returned [to the U.K.] and stayed.

I love working with young people. It’s more important to work with the future of the agency rather than a bunch of old guys who expect back-patting. But the young guys need to understand and value the craft and skills and experience that age brings. There’s too much of an entitlement mentality going on in the industry among young people. Even guys that have been in the industry five years and say, “I’m going to be creative director.” It took me 11 years to get a CD title. The industry needs to forget about titles and ego and back-slapping, and talk about craft and self-development and being the best you can be.

I’ve had some tough experiences, though outside work. My scariest experience was while surfing in Portugal. I got caught in what’s called a “hold-down,” where the pressure of the wave above you pins you, and this was on a rock shelf. I managed to grab my leg rope and climb up, but only to then get hammered by a set of six more huge waves, and each time I was pinned down. I eventually got to the beach with a broken board and was lucky to be alive.

When you’ve faced genuinely life-threatening situations, advertising seems easy. I feel lucky I’m not working on a fishing trawler or digging holes. I love my job. I get paid to think of ideas and solve problems. That said, I’ve never done something I’m 100 percent happy with. I don’t get angst from it — but even on stuff that’s won awards I always find something that could have been better, and I learn from it. You can’t be comfortable, or there’s no point doing your job.

My advice to younger creatives would be park your ego and learn, just absorb stuff. Don’t try and become a CD in a year. When joining this industry, the aim shouldn’t be to become a CD or ECD; it should be, “I want to be amazing at my job.”