What’s In, What’s Out For Social Marketing in 2014 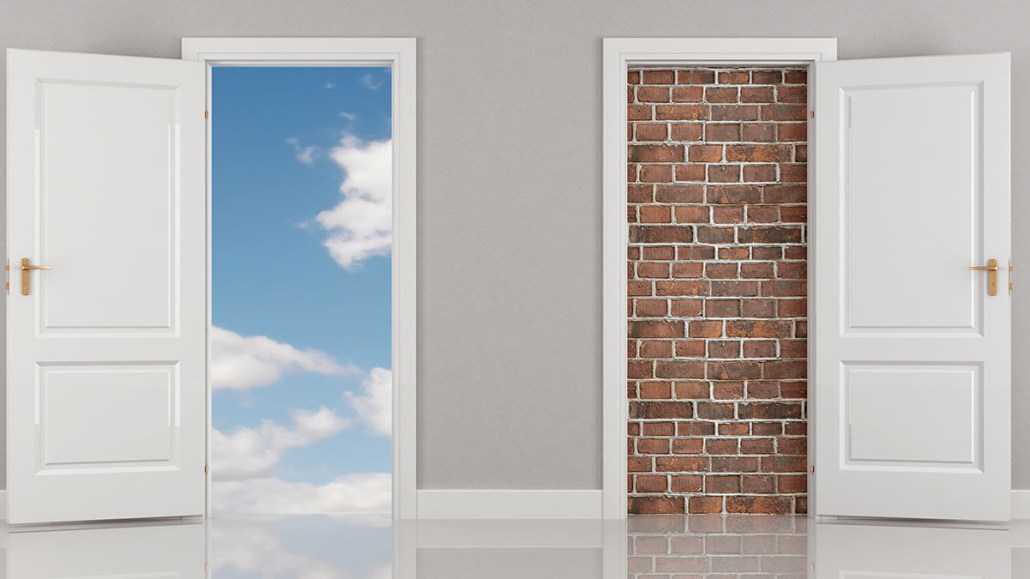 This is the first installment in our series, The New Brand Playbook. It is sponsored by Sociomantic, a market leader in driving incremental sales at scale for eCommerce marketers with programmatic display advertising solutions for desktop, mobile and Facebook.

One of the biggest challenges facing brands is keeping up with how their customers are using different social media platforms and consuming different types of digital content. That’s why we are taking a page out of the fashion mags to give you a rundown of what’s still in and what’s out for the coming season, socially speaking.

Digiday asked agency execs to share what social media trends and practices they think brands can keep around and which ones they can clean out of their closets. Because in the world of social media, you’re either in or you’re in the way.

IN: Real Humans Instead of Bots
The point of social media is for brands to be able to show their human side, and while that’s easier said than done, having bots respond to tweets or auto-scheduling everything is not the way to do it — remember the Domino’s messup? What’s even worse is when brands have real people behind social accounts who still sound like bots, like the Bank of America Twitter fail.

“Nearly every single time you hear about some new social media disaster by a brand, it’s because instead of having actual people with the ability to think and be proactive instead of strictly reactive, it’s some automated robot giving canned messages,” said Jon Hamm, chief creative and innovation officer at Momentum Worldwide. “These only lead to people messing with them and creating larger controversies.”

OUT: Social Content About Obscure Holidays
Brands tweeting about pretty much fake, made-up holidays that no one really cares about in an attempt to be “relevant” and real-time needs to stop. It was never in.

“Basing your entire social media content calendar on random nationalized events and calling it relevant real-time marketing is over and done with, said Lewinter. “Unless you’re IHOP, nobody cares that you’re excited about National Pancake Day.”

IN: Going Local
Remember how everyone is always attached to their mobile devices? Brands, especially retailers, have known for a little while now that it’s not just about being social and creating content, it’s about creating content that is also relevant to people based on their location. That’s why going local isn’t going anywhere.

OUT: Facebook Apps
Besides maybe the “Breaking Bad” Facebook app — who didn’t want their name in periodic-table style? — branded apps usually aren’t all that useful or interesting, and if they are, that interest lasts for a second. Plus, most young people are leaving Facebook for Instagram anyway.

“Brands need to now create content ‘designed for the flick’ based on mobile adoption,” said Matt Britton, CEO of MRY. “Consumers are no longer expected to spend meaningful time with a brand in social; it’s about frequency and short-form, contextual value.”

IN: Diversification
With the social media landscape constantly shifting — there are always newer social apps popping up and different demographics shifting between the social network behemoths — brands have to be aware of all of their different options when it comes to social. Facebook alone isn’t going to cut it.

“Facebook still provides great scale for brands, but for how long? As people’s social media habits become more fragmented and fickle, brands need to follow,” said Orli Lewinter, vp of social strategy at 360i. “Where are the places that will drive engagement at scale, where it may not be as cluttered and could be better targeted? What are you doing on Pinterest, Tumblr, Instagram, Vine, etc., not to mention more niche spaces?”

“Many brands are still stuck on the we’ll-have-our-fans-create-videos-for-us bandwagon, and — unless you’re Doritos at the Superbowl — it doesn’t work anymore,” said Darryl Ohrt, global creative director at Mash+Studio. “If you’ve got to add a sweepstakes prize to entice fans to create something for you, you probably shouldn’t be asking fans for their content.”

IN:Earned Reach
Brands are moving more and more toward shifting budgets from paid to earned media. While it might be a slow transition, it is happening, and brands are recognizing that having consumers talking about them to their friends can indeed positively affect sales.

“For brands to now drive ROI from social, it is through the scale that word of mouth provides,” said Britton. “Even the biggest brand-owned communities are not large enough to create a meaningful business impact in isolation; the goals have shifted to shareability and penetrating the news feed at scale.”