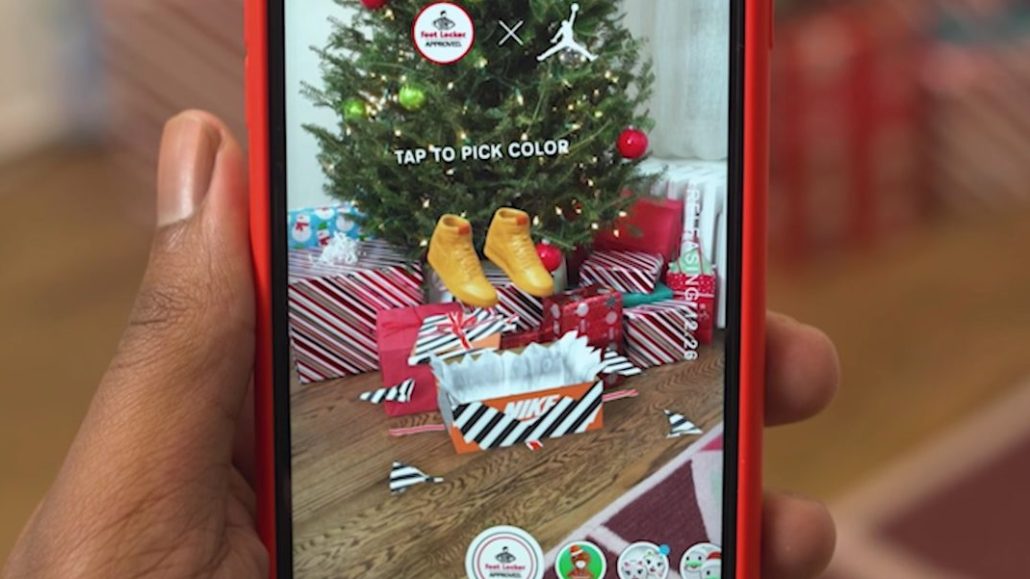 In November, BMW was the first to test Snapchat’s Snap Ad to AR augmented reality ad unit — a form of a Snap ad where people swipe up on a video or image to trigger a related branded lens. BMW used it to launch its BMW X2, making it so a 3D version of the car appeared in a lens so people could walk around it as if in a typical showroom.

It was the first AR ad unit advertisers could buy programmatically on Snapchat. Six months later, more than 100 advertisers have run those ad units, according to Snapchat, including the likes of Foot Locker, Nike, and currently, Hershey’s. In its first-quarter earnings, Snapchat chief strategy officer Imran Khan said 95 percent of Snap ads (excluding Story Ads) are now bought programmatically.

Snapchat’s lenses are much more expensive because they are delivered upfront rather than hidden behind an ad, meaning that with a Snap Ad to AR ad, users have to swipe up to reach the lens, but a typical lens appears directly within the camera. Lens prices have decreased since last year. In December, ad buyers said a lens typically costs between $500,000 and $1 million per day. Now, an audience-targeted lens goes for $40,000 a day on top of an agreed-upon CPM, which ranges from $8 to $20.

Another is engagement. During the holiday season, Foot Locker and Jordan Brand created four different Snapchat AR ads based on the four shoes in the newly released Air Jordan 1 Gatorade collection. Foot Locker debuted the ads on Christmas Day, one of the “pinnacle moments of the NBA season,” to “drive awareness, engage consumers and get them excited about the Jordan Gatorade collection release,” according to Francine Feder, vp of marketing communications for Foot Locker North America.

The campaign, which ran for two days, was a test to see how engaging the format could be. The average play time on the lenses were 45 seconds, and it garnered over 4 million impressions.

Hershey’s is also running ads for Ice Breakers that began in mid-April.