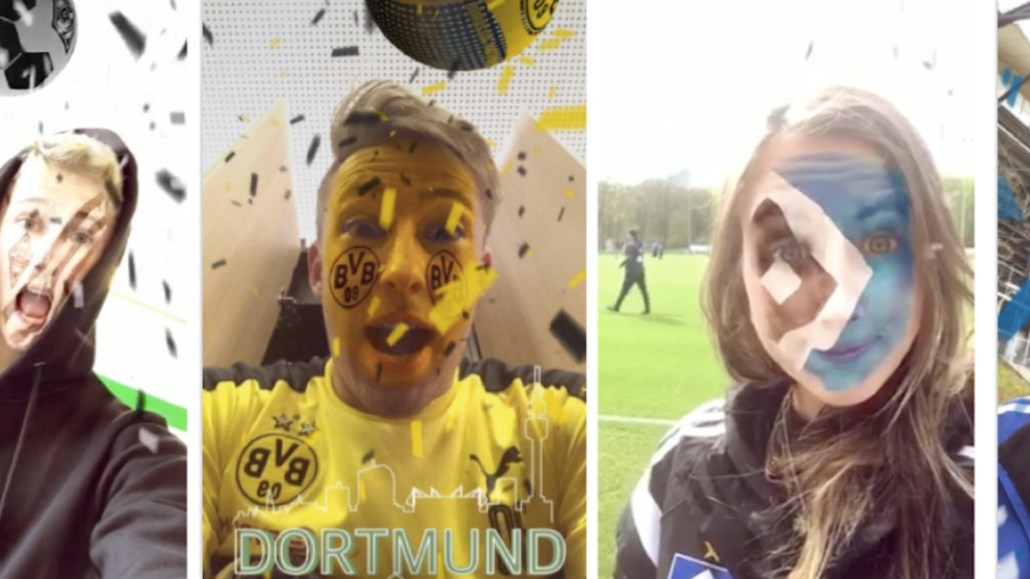 Snapchat is expanding its footprint in Germany this weekend with eight custom lenses for the top football clubs competing in Germany’s football league, the Bundesliga.

The lenses act as animated overlays and will be available to all Snapchat users in Germany this weekend. Afterward, they will be geotagged to each team stadium for the rest of the season, which finishes at the end of May. The season started at the beginning of August 2016, with 18 teams.

This weekend, most of the eight teams will also their own static overlay geofilters, so at games and nearby, fans can overlay team badges and logos to their snaps.

There are 53 million daily active Snapchat users in Europe (158 million globally), according to Snap, but it doesn’t separate figures for Germany. Over a third of global active users play with lenses each day, said a company rep.

In January, Snap created similar lenses for 10 football clubs in the Champions League, including teams from the U.K., Spain, Italy, and Borussia Dortmund and Bayern Munich from Germany. AS Monaco got its own lens this week for qualifying for the Champions League semifinal.