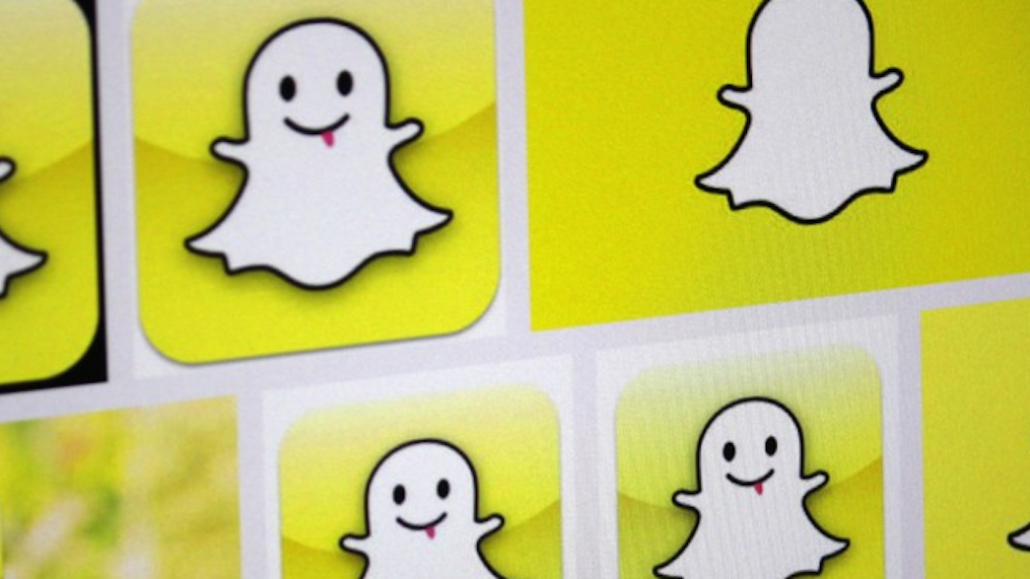 Ephemeral messaging app Snapchat is getting ads. Snapchat co-founder and CEO Evan Spiegel told Katie Couric during a live interview at the Vanity Fair New Establishment Summit that ads are coming “soon.” They won’t be targeted, and will appear within Snapchat Stories.

That Snapchat would one day get ads was a given. Previously this year, Digiday reported that Snapchat was making the rounds, meeting with brands and agencies to figure how they could get on the platform. While Snapchat’s success has been staggering — it’s worth about $10 billion — it hasn’t actually turned a profit yet, choosing instead to focus on building a user base that sends, according to a pitch deck, 700 million photos and videos per day.

But brands are already on Snapchat, which invites the question as to why they’d pay to play there, especially when targeting is off the table. The likelihood of being served an ad for something you’re never going to buy or even be interested in is high. That means brands who will be into buying an ad on Snapchat will be mass-market companies that are aimed squarely at teens. Nuances like gender, income level or life stages won’t be addressed.

“On the surface, untargeted ads in this day and age are not ideal for an advertiser or a user seeing the ad,” said Jason Stein, president at Laundry Service. “Content is a lot more powerful when you know exactly who it is reaching, when it’s reaching them and on what device. However, if we’re talking about inserting a cool image or video of someone using Axe body spray while tailgating into the College Football Story, you’re likely reaching a lot of the right demo, simply based on interest targeting and the platform’s user demographics.”

Analytics are also big hangup. Other than being told a user has opened a brand’s snap, there aren’t really solid metrics for brands on Snapchat to be able to demonstrate ROI. “We really need to understand the reach, engagement and effectiveness of brand content on the platform. But I’m sure Snapchat will develop an analytics platform in the next year or so,” said Stein. Snapchat declined to comment.

One of the brands most active on Snapchat is GrubHub, which snapchats daily challenges and asks people to respond to win gift certificates. It has even tried to recruit interns through the platform. According to KC Geen, social media senior manager, Snapchat works because it engages with a core audience: college-aged users. “GrubHub relies heavily on data and analytics to inform our marketing programs, so we are excited to see if they introduce more metrics. In addition, a more advanced backend platform for brands would be helpful to streamline follower engagement and larger programs.”

Peter DeLuca, svp of brand and advertising at T-Mobile, is enthusiastic about being a first-mover on the platform. “We’re absolutely looking at it right now. We think they’re a disruptive platform,” he said. “They’re trying to figure it out, and we want to be there at the beginning. Our brand is on the younger, early-adopter side. We want to make sure we’re there with them. Will we have to figure it out? Sure.”

Loren Angelo, director of marketing at Audi of America, which has used Snapchat during the Super Bowl and in partnership with ABC Family, said the brand sees Snapchat as a “growing” platform with a user base that “appreciates smart, culturally-relevant content.”

“Snapchat offers users an experience based on the idea of privacy and time-sensitivity which is very different from Facebook or Twitter.  If Audi were to consider paid, we would want to leverage Snapchat in a way that is authentic to the platform and mindful of our fans,” said Angelo.