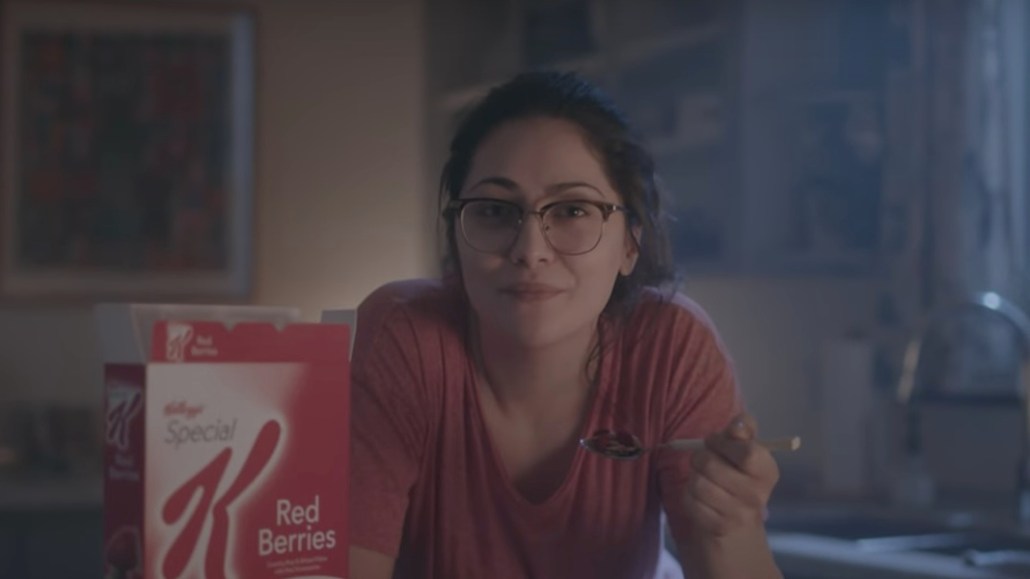 Techies, you need to get your AI copywriters up and running, post-haste.

It’s a bit unfair to attack insurance ad copy as these commercials generally — on purpose — say absolutely nothing of substance. But this pretentious psychobabble-ly MassMutual spot would have gotten an F- from my freshman Intro to Logic professor. The theme is that people (families) should “live mutual” as opposed to independently, which fine; OK, you sell life insurance, I get it. (Here’s the full script.) There are some heady outerspacey shots to make sure you’re not just weeping but bleeding from the heavy-handed gravitas. But this declarative line takes the hooey cake:

“No one who chose interdependence ever found despair.“

No one. No one ever? I think you need to define “despair” for me, MassMutual. The ad is by Johannes Leonardo, a New York agency that claims to “treat the consumer as the new medium.” I really have no idea what that statement means. Maybe they project ads onto the backs of unsuspecting tourists walking around SoHo?

Commercials by America’s top two crappy breweries have been in heavy TV rotation recently during the NBA and NHL playoffs. Coors (via agency 72andSunny) continues to misuse Sam Elliott’s voice to hawk its “banquet” beer and continues to insist that a bottle of beer isn’t an inanimate object. It’s “fiercely loyal,” it “looks you in the eye and firmly shakes your hand” (maybe after you’ve had nine 0r 10 boilermakers, it does), and “has conviction” (a spot from last year’s campaign that has been rebooted).

But it’s Bud Light that has launched the shiny new effort this spring: “Famous Among Friends.” The lead spot is a best man’s wedding speech that’s a creative mashup of moments between the two friends. But then at the end, you get this groaner of a supered line that transports you to an exciting marketing deck meeting and completely ruins the spot: 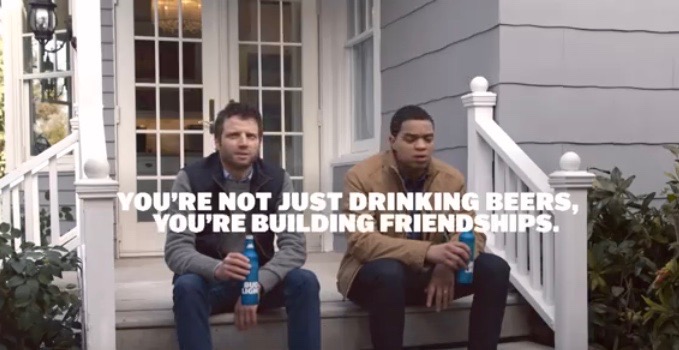 Yep. They (Wieden+Kennedy, New York, for crissakes) crammed in the old hackneyed copy kicker: “You’re not just _____, you’re _____.” Another spot in the campaign slips in the even brain-deader VO line, “We don’t just brew beer, we brew beer for friends.” (What’s the extra “friend” ingredient? Xanax?)

You had a perfectly OK American (well, Belgian) beer ad, people! All you had to do was go straight to the tagline. But no: You had to force feed the alcoholism+friendship strategy down sober loner millennials’ throats. These unsubtle lines feel like mandatory client revisions. For your sake, W+K, I hope they are.

Honestly, I’m jealous of you digital natives who have figured out how to watch TV content without watching a TV or TV ads. But then, I’d have nothing to write about, so please don’t tell me your “tech tricks.”