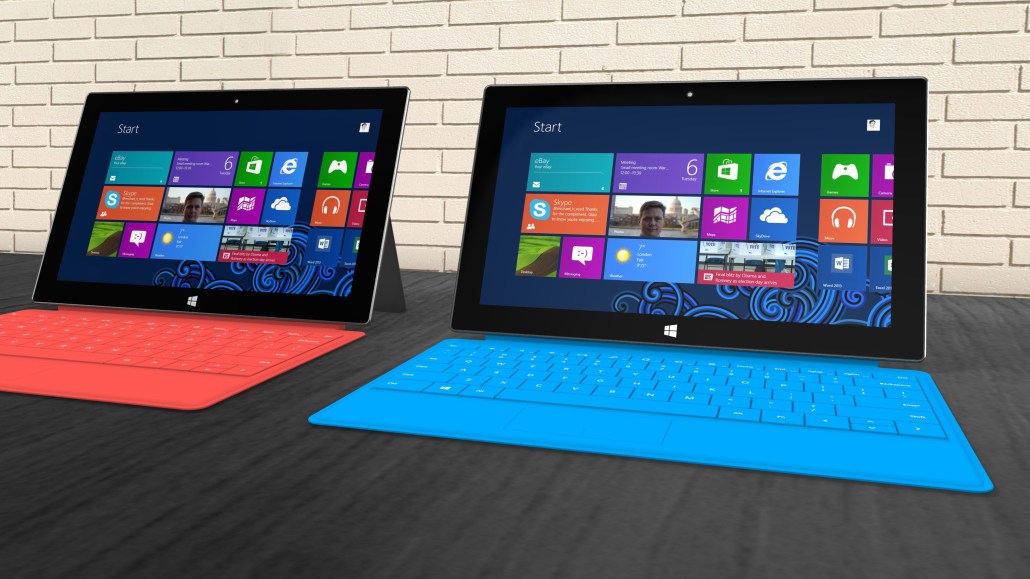 If it were ever possible to feel bad for an inanimate, mass-marketed piece of consumer technology, then Microsoft’s beleaguered Surface would be worthy of such sympathies.

Despite hundreds of millions of dollars spent advertising the “It’s not just a tablet!” device and high-profile branding deals with both CNN and the NFL, Surface just can’t seem to differentiate itself from Apple’s iPad, its most immediate competitor. In fact, many of those being paid to promote Surface have accidentally referred to Apple’s iPad when talking about the Surface.

CNN broadcasters were supposed to be using Surface Pro 3s, the latest iteration of the device, on Tuesday night during their election coverage. Microsoft is a sponsor. The anchors did use the Surface tablets — but only on the surface. Oblique camera angles revealed that the commentators were only using the Surfaces to hide their iPads.

Microsoft also has a large, wide-ranging brand partnership with the NFL to the tune of $400 million over five years, part of which includes using Surface as the exclusive tablet-laptop hybrid of the league. The devices were prominently featured in this season of HBO’s “Hard Knocks” — a documentary series about the Atlanta Falcons — and NFL coaches have been using them on the sidelines during games. But apparently Fox announcers weren’t briefed by Microsoft PR, because they’ve mistakenly identified the devices as iPads on live television.

“He’s not watching movies on his iPad,” a Fox announcer said, a gaffe presumably followed by the announcer being excoriated by the producer in his ear. The announcer called the devices “iPad-like tools” shortly thereafter.

Schadenfreude aside, the mishaps illustrate a serious branding problem for Microsoft, which spent $191.8 million on measured media from October 2012 to July 2013 to promote Surface’s launch, according to Kantar Media. The Seattle-based giant took a $900 million write-down on excess inventory of the first generation of devices. Microsoft dropped R/GA and selected Razorfish last summer as the digital agency for the device, which appears to have helped a bit. But while Microsoft claimed earlier this year the Surface Pro 3 is catching on with consumers, analysts estimated it still lost more than $300 million on the device for the quarter that ended July 22.

Apple, too, has tablet difficulties, with iPad sales down for the past two quarters. The entire category seems to be slowing actually, as research firm IDC made in May a downward revision to its tablet sales projections. Yet the iPad brand remains strong enough for people to use it interchangeably with the word tablet.

This, of course, could ultimately hurt Apple and iPad. If iPad becomes the colloquial term for tablet, then iPad ceases to be a distinct brand. At which point, maybe another brand will have a chance to surface.