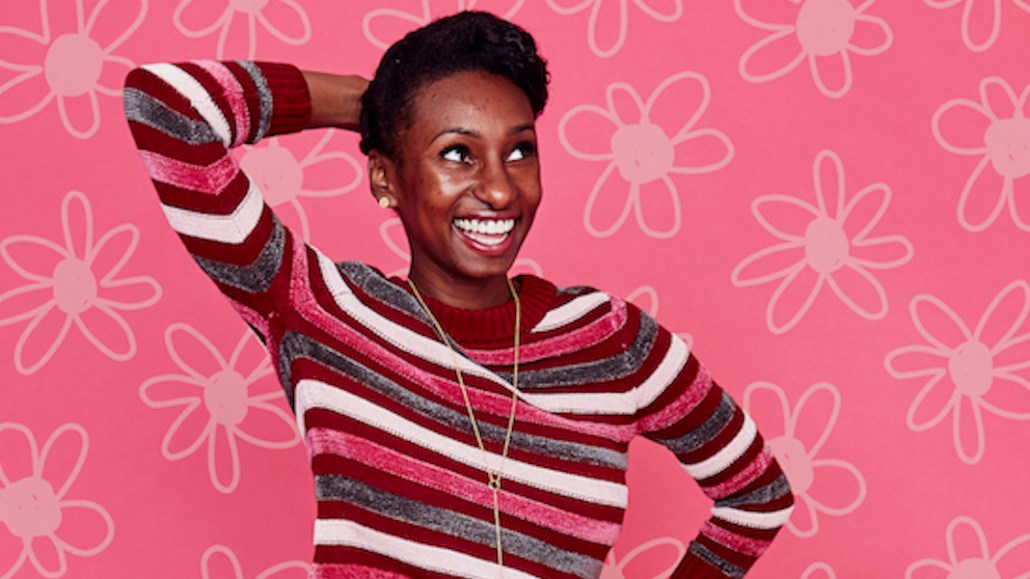 The latest evolution of experiential retail is not just about hands-on experiences like getting a blowout (Dyson) or taking a photo class (Apple). Increasingly, the new experiences are Instagram-friendly, immersive installations that provide shoppers social capital in the form of “likes,” while success for retailers is measured in both foot traffic and social mentions.

This latest iteration builds on the popularity of pop-ups: Often temporary, the hashtag, not the hard sell, is the obvious (visible) focus.

“Social media is not only for friends and family, it’s where she gets her news and inspiration, and where she is getting style tips and hacks,” said ModCloth’s Kelsie Pelletier, senior marketing manager. “As a brand, that is the No. 1 way to communicate with your customer.”

ModCloth completed this week a first-of-its-kind installation in its new San Francisco FitShop (which carries samples, from which customers can place online orders). For two weeks, shoppers could be styled wearing Modcloth and then photographed by a professional photographer; they then receive both a digital file and a printed photo, each enhanced with custom illustrations. These images also appeared on dynamic digital walls in the store — essentially making the customers the models and providing them with a professionally photographed image ripe for sharing.

“We think about wearing art and having clothes make a statement,but what if your style is the artwork?” Pelletier said. “We have so many options when it comes to where to buy clothes, so why wouldn’t you go somewhere that feels inspiring? This generation wants to feel inspired and artistic and creative — and shopping for clothes is no different.”

The concept, thus, was two-fold: Provide the ModCloth community with an authentic-feeling experience outside of the home, and give them a memento to share afterward. It was also an opportunity to build awareness of the new permanent space, which quietly opened in June in San Francisco’s Fillmore District. (San Francisco, ModCloth’s home base, was the first city to test a physical presence for the brand, which also has stores in Austin and Washington, D.C.)

During the two-week test, ModCloth took more than 250 unique portraits, and the project had almost 5 million social media impressions. Posts with #WomenofSF had a 96 percent positive or neutral sentiment, and the store saw an increase in visitors.

This concept builds on installations and ephemeral museums like The Color Factory, The Museum of Ice Cream and 29 Rooms, which feature visually stunning spaces that are incredibly photo-friendly, and incredibly popular. “That type of space is popping up everywhere,” said Pelletier, who visited 29 Rooms and was inspired by the immersive infinity rooms created by artist Yayoi Kusama. “As a brand, you can’t ignore that.”

At New York Fashion Week, for example, Saks created an It List Townhousewith Harper’s Bazaar and American Express, with items available to purchase on one level. Glossier took over a fried chicken cafefor a San Francisco pop-up, and its Los Angeles location includes a re-creation of an Arizona canyon. Called Glossier Canyon, it comes complete with nature sounds and a selfie mirror.

In June, Coach opened a three-room pop-up called Life Coach, including performances and themed rooms but no opportunity to purchase. In April, Cartier hosted a three-day, invite-only “social lab” to launch a watch with panel discussions and a big party — but no watches, except for those on the wrists of the celebs in attendance. And Brandless has held a few activations on college campuses that give away, rather than sell, products.

“We wanted to think about how to make shopping more than coming in to make a purchase,” Pelletier said of the ModCloth experiment. “If only one piece in the store feels like you, we won’t push you to be ‘head to toe.’”

In addition to being more affordable and more hospitable to experimentation, the impermanent nature of pop-up installations encourages repeat visits. Concept store Story, which Macy’s bought in May, is designed to completely overhaul its assortment and theme every six to eight weeks.

Founder Rachel Shechtman, who is also now the brand experience officer of Macy’s, said the model alone gives people a reason to return to see what’s new, comparing it to a new issue of a magazine. Story’s new “Home for the Holidays” iteration features 2,000 gifts from 350 vendors, but in the past, it has hosted events that aren’t as focused on selling — it housed a virtual reality meditation for its Wellness Story and beauty product testing for its Beauty Story, for example.

“Technology has trained more of us, young and more mature, to have an increased appetite for multi-sensory experiences, and therefore inspiring a demand for a high return on investment for the time — and money — we spend,” Shechtman said, pointing to short-term events such as ComplexCon, BeautyCon and Picnic.

“Retail spaces overall will continue to be more community-centric and experiential,” she said. “With more screens and devices everywhere, any physical environment has the opportunity to create immersive engagement and give consumers an experience they can’t get sitting on their couch or in the back of a car looking at their phone.”