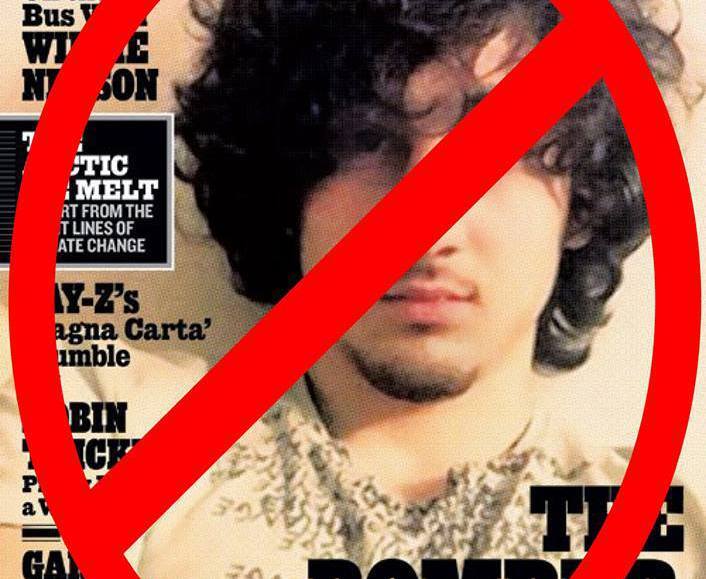 One brand’s crisis is another’s opportunity.

Look no further than yesterday’s Rolling Stone cover. The current issue features a photograph of Boston Marathon bomber Dzhohkar Tsarnaev looking like Jim Morrison, accompanied by text that could be construed as sympathetic to the terrorist’s plight. The cover has perhaps predictably created a ton of media buzz and Internet outrage.

Now, because one savvy (possibly cynical?) marketing ploy deserves another, at least two supermarket chains are banning the current issue of Wenner Media’s flagship title from their shelves. They’ve not done so quietly, either, trumpeting their decision on Facebook where both brands drew tens of thousands of likes and hundreds of supportive comments.

Earlier today Tedeschi Food Shops, a New England convenience store chain, took to Facebook to speak out against Rolling Stone’s cover choice, announcing: “Tedeschi Food Shops supports the need to share the news with everyone, but cannot support actions that serve to glorify the evil actions of anyone. With that being said, we will not be carrying this issue of Rolling Stone. Music and terrorism don’t mix!” 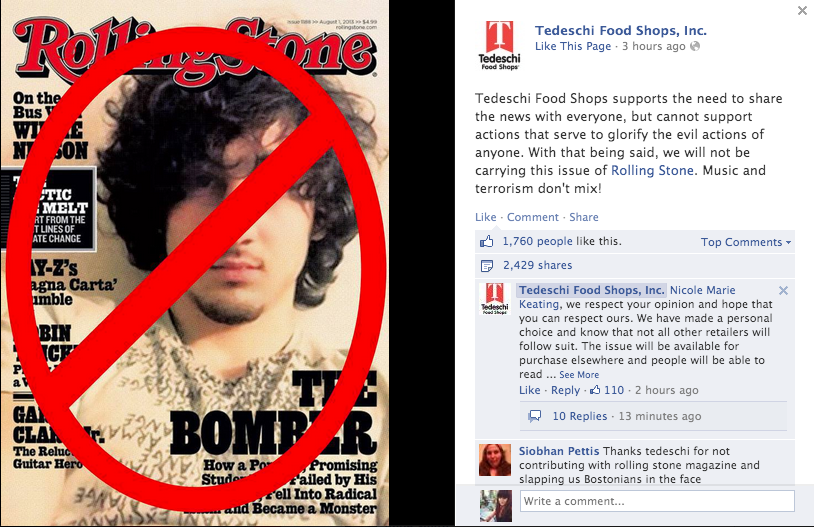 Not to be outdone, CVS also announced it would not be carrying the controversial cover at its stores. “As a company with deep roots in New England and a strong presence in Boston, we believe this is the right decision out of respect for the victims of the attack and their loved ones,” CVS wrote on its Facebook wall, garnering nearly 25,000 likes and 9,000 shares in under an hour.

More and more, it seems, brands have been speaking up about previously taboo topics – topics that had been previously taboo for brands, anyway. Marc Jacobs and Starbucks have tweeted about DOMA and clothing brand The Illuminati has tweeted rather brazenly about the Trayvon Martin trial.

Perhaps these developments are not terribly surprising in an era of increasingly ubiquitous social media, where brands are expected to have a human voice and personality. Real humans have strong opinions on controversial topics, and now brands are starting to as well. Maybe the Supreme Court was right all along: corporations are just people too.