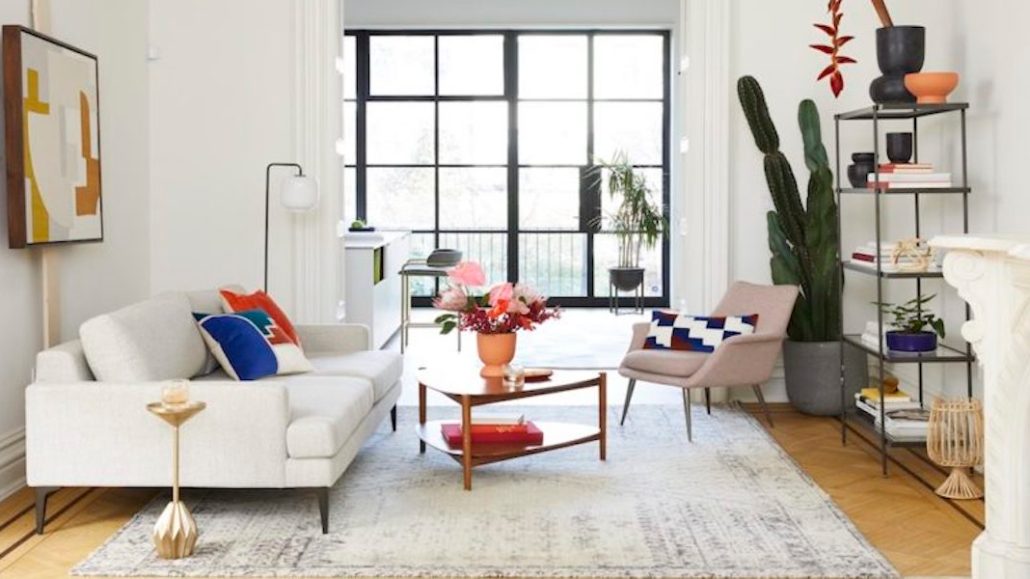 Rent the Runway is heading to SXSW.

For its first-ever activation at the film, interactive and music festival, Rent the Runway has partnered with West Elm. To debut the brand’s expansion into the home category — West Elm will now have some of its products available for rent on the site — the two companies are hosting a pop-up and panel on Saturday, March 9. For RTR, this marks its first physical pop-up since launching in 2009.

At the SXSW activation, which is open to the public over the course of the weekend at West Elm’s 5th Street Austin store, attendees can shop a curated assortment of weather-appropriate apparel and accessories specifically designed for the conference, including designs from Brock Collection, Victoria Beckham and Reformation. Additionally, Rent the Runway’s 26 bundles of West Elm pillows, shams, throws, quilts and coverlets will be on display for the first time. To further drive Rent the Runway’s lifestyle expansion and point of view, hair and makeup styling appointments will be offered at the pop-up free of charge, as will cosmic readings.

West Elm’s home goods will be available to Rent the Runways “Unlimited” subscribers as one of four pieces they can have at a time. The subscription launched in early 2016 for $159 a month. This model now accounts for 50 percent of its total company revenue and the company’s subscription revenue increased by 150 percent in 2018.

“The subscription part of our business is accelerating beyond our wildest expectations, not just in the growth of subscribers, but also in the scale of engagement. What we’ve found is that our customer wants to extend this rental option beyond apparel into all parts of her life,” said Maureen Sullivan, Rent the Runway chief operating officer.

That West Elm became Rent the Runway’s partner of choice as it moves into home was due to the retailer’s understanding of how customer behavior and experiential events have shifted, said Sullivan. For its part, West Elm ventured into the beauty category in January with its first private-label line West Elm Water Street. What’s more, it has been focused on more consumer-facing events since August 2018 through its Design Crew Workshop series, which has been rolled out to its 100 store fleet. Sullivan and West Elm president Alex Bellos will discuss the partnership at SXSW during a Saturday panel dubbed “Living a Rented Life.”

The SXSW pop-up activation came about after the partnership was formalized, but Texas is one of Rent the Runway’s major markets and, this spring, the company is opening a second fulfillment center in Dallas to correspond to consumer demand. (The other is in Secaucus, New Jersey.) Austin’s subscriber base, in particular, has nearly tripled in the last year, according to the company. Sullivan said that Rent the Runway wanted to explain how the home good bundles work in real time at SXSW, so customers could understand how it could fit in with their existing clothing subscriptions.

Still, engaging in Austin has larger implications for Rent the Runway, according to Sullivan as SXSW had around 70,000 attendees in 2018. “Rent the Runway has never been at SXSW, and that audience is obsessed with understanding new consumer behavior and the idea of the sharing economy,” she said. According to SXSW, 47 percent of 2018 attendees were women, and 37 percent fall into Rent the Runway’s sweet spot of 25 to 37 year olds.

Up until this point, access to Rent the Runway’s merchandising assortment and its rent-and-return service in a physical sense has been limited to its five permanent locations in New York, San Francisco, Chicago, Washington D.C. and Woodland Hills, California. It also launched in 15 drop-off locations through WeWork offices in six cities as of October 2018. But Sullivan said the brand’s new “pop-up closet” experience will enable it to reach more shoppers in more areas.

“This is a sneak peek into what we are going to do with activations going forward,” she said. “A pop-up closet could be in an office-building, where 5,000 women work. It could be on a second-floor space in a local market where many of our members live. What you are going to see from us is that we’ve built an experience where our subscription comes to life. While we’re psyched to bring it to SXSW, there is nowhere it can’t go.”