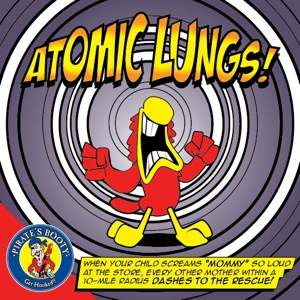 Now superheroes aren’t only going to be popping up in comics and movies — but in your mouths too. At least that’s what the cheesepuffs at Pirate’s Booty want. 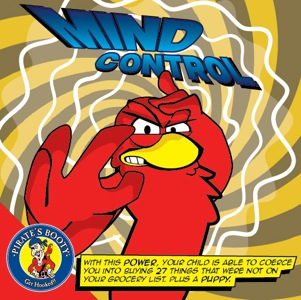 The campaign by agency Ammirati, which will run until Sept. 5, asks parents to poke gentle fun at their kids by sharing pictures of them doing superhero-esque things — using their “atomic lungs” to yell, playing their “mind games” — and share them on Facebook, Twitter and Instagram with the hashtag for a chance to win Pirate’s Booty Prize Packs.

The campaign is an extension of a custom-designed digital comic featuring Avengers Super Heroes, including the Hulk, Thor, Captain America, Black Widow, Iron Man and, naturally, the Pirate’s Booty Pirate, designed by Marvel artists. Additionally, it features original comic art by Ammirati Senior Production Designer Kevin Gillespie — six cartoons, which will be shared via social media during the campaign. 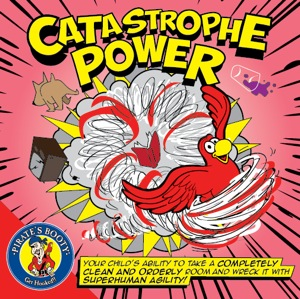 Eric Berniker, vp of consumer engagement and innovation at Pirate Booty’s parent company, B&G Foods, said that The Avengers were a great fit for Pirate’s Booty.

“Working with Pirate’s Booty on the multipack and digital comic has been a great way to reach parents, kids and fans with innovative storytelling and our aspirational characters,” stated Paul Gitter, Senior Vice President at Marvel Licensing.

While the campaign has yet to gather steam, it has received some witty posts from parents: One mother talks about her daughter’s sneaky ability to stealthily put things into her mom’s shopping cart before checkout; another mother pokes fun at her kid’s super messiness and ability to smother anyone in food.

@piratesbooty my kid has the super mess making power at meal times. He can cover you and himself in food in seconds! #SuperHeroKid

@piratesbooty @Marvel Mine has the power to repeat anything I say that he shouldn’t say! #SuperHeroKid