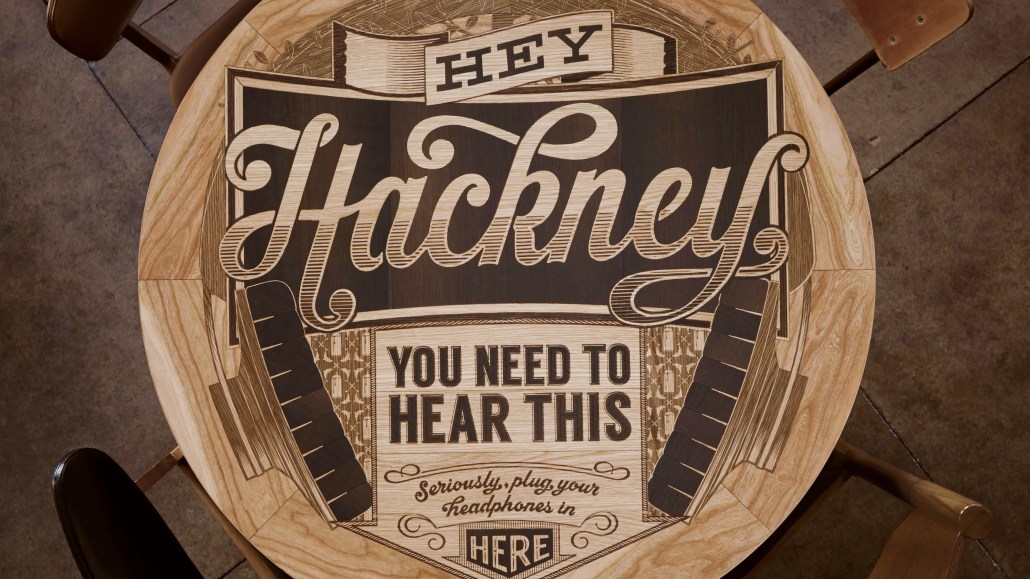 How many times have you been talking with a friend who suddenly blurts out that “you need to hear” some new song? Probably plenty. How many times has that friend been the electronics conglomerate Philips? If you answered “none,” that may change.

Philips has a problem that many companies today are familiar with: how to become – and remain – more relevant to those coveted 18-24-year-old millennials. Its solution: hip them to some new tunes.

Philips traditionally does well with affluent sound enthusiasts in the over-35 set. However, in recent years, the majority of spending in this audio category has shifted from an older audience to a younger one, according to AJ Coyne, account manager at Ogilvy London, the agency behind the campaign.

To grab those younger ears, Philips partnered with Noisey, Vice Magazine’s music channel, to create a special content hub, “You Need to Hear This,” which features local music and music-related content, like short films, interviews with up-and-coming artists and special playlists.

There is an offline element, too. Ogilvy built handsome, handcrafted tables and placed them in pubs around the U.K. The “You Need to Hear This” tables have intricate designs carved into them and have Philips headphones docks that allow pub-goers to plug in and listen to local artists.

As Coyne explained, Ogilvy carefully selected the artists to represent the neighborhood where the table was installed. The table playlists were also updated regularly to ensure that people had a different listening experience every time.

“Philips is looking for continuous innovative ways to engage consumers and build their music credibility and relevance,” said Coyne. “The tables were created to get key tastemakers, frequenting some of the best pubs in the trendiest neighborhoods in London, on our side from the start of the campaign.”

Provided, that is, these tastemakers didn’t get to the pub hoping to chat with their mates.