Patron is seeing more than 6,000 sessions a month for its Alexa skill 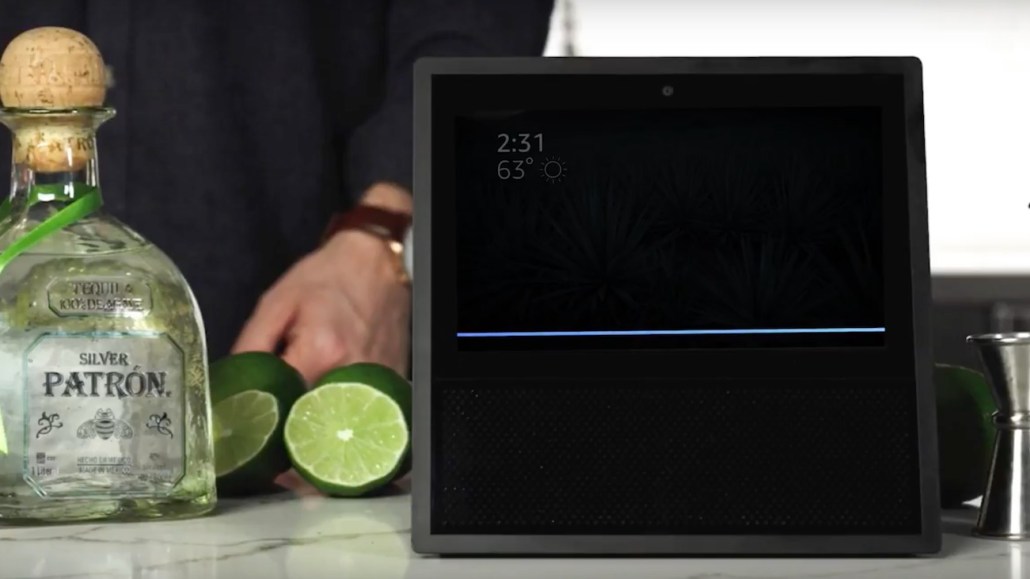 Two years ago, Patrón launched a skill for Amazon’s Echo. The skill, called Ask Patrón, serves up cocktail recipes and facts about tequila.

In those two years, Patrón has accumulated 36,000 users and is seeing 6,000 to 7,000 sessions a month of people using the skill, according to the company.

The overall number of users in those two years doesn’t seem like a lot considering that, in October, Amazon said 20 million people own an Amazon Echo.

Still, for any nascent technology, the number of overall users comes almost secondary to the number of returning ones. While Adrian Parker, vp of marketing at Patrón, said the skill is gaining new users, the majority of monthly sessions are by people opening up the skill again, which shows that while overall adoption may be low, there’s a loyal following among users. Patrón goal with voice is to have 500,000 people making Patrón cocktails at home they normally would have enjoyed with another type or brand of spirit, said Parker.

Parker said the skill has been so successful that Patrón adapted it to Amazon’s Echo Show in January, so people can see the cocktails they search for. As with its original Echo skill, when people say the prompt, “Alexa, ask Patrón for a cocktail recipe,” Alexa replies, “Would you like to search by cocktail type, flavor or occasion? You can also say, ‘Surprise me.’” With the skill, Patrón also tries to nudge people to use tequila beyond margaritas and tequila sunrises — instead of gin in a gin and tonic, for example.

According to a new report by the Interactive Advertising Bureau, which cites findings from Juniper Research, more than 70 million U.S. households will have smart speakers by 2022. Patrón, which spirits company Bacardi acquired in January, is counting on that growth as it tries to connect these sessions with actual sales, and it has built purchase intent signals into all of its voice platforms the skill is available on, which, besides Amazon Echo, include Google Home and Sonos’ One.

The Echo Show directs people to an interactive purchase screen when they ask Alexa to buy Patrón, said Parker. Users confirm their ZIP code with Alexa for a list of Patrón sellers near them. The screen also gives information on how to send Patrón as a gift through the service ReserveBar as well as to their phones. Patrón would not say how many people show an intent to purchase, but it said 1 out of every 3 people who do buy purchase the tequila as a gift.