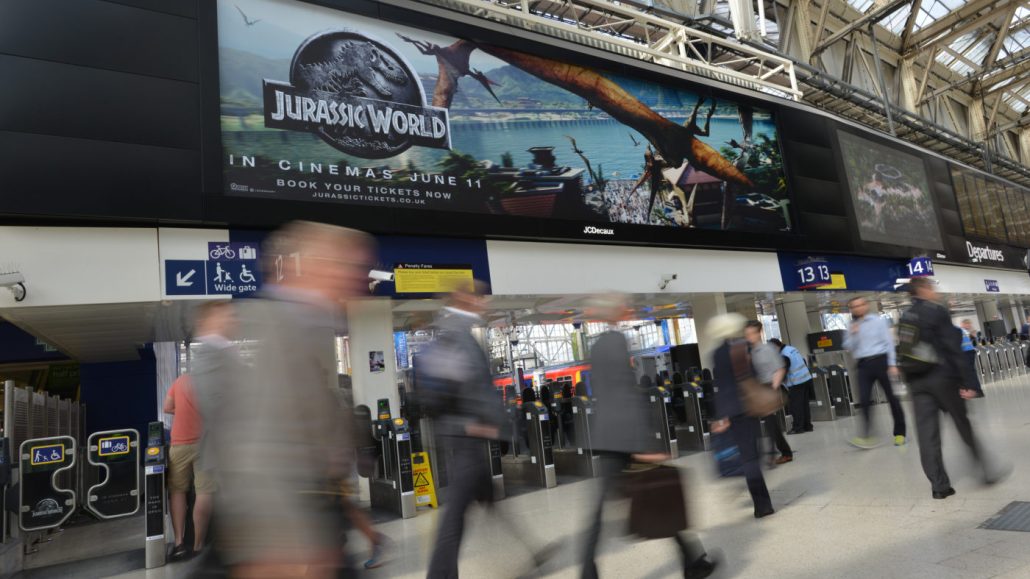 Outdoor ads are tipped to be the next medium brands buy in real time as more billboards go digital. But the promise of programmatic remains a work in progress for the sector, despite taking on more of the characteristics inherent in digital advertising.

The growing digitization of billboards and the subsequent shift in how ads are targeted to them has left the gap between an outdoor campaign and an online one smaller than ever. As that gap has shortened, ad buyers are starting to see outdoor media as just another screen they can buy, while media owners look to programmatic as a way to recoup the costs of owning pricey digital screens. Combined with Google’s reported test of ad tech for billboards in Europe, there’s a sense among industry observers that the possibility of trading outdoor ads in the same automated way as online ads is close after several false starts — ad tech firm Vistar launched what it claimed was the first ad exchange for outdoor in 2012.

“Programmatic is the way that digital should be bought and sold and outdoor media is going digital at a rapid rate around the world,” said Dan Larden, partnerships director at media agency Infectious Media. “The great thing about Digital OOH is that there are really no bad placements, so there will also not be a race to the bottom like we had in display.”

Radio broadcaster Global’s swoop for both Primesight and Outdoor Plus earlier this month revealed its plan to win more programmatic budgets in the U.K. By bringing two of the larger media owners tighter under a single entity, the broadcaster not only becomes the country’s third-biggest player in the market with a 15 percent share, it’s also well-placed to become a one-stop shop for audio and outdoor buying if it can replicate the programmatic shake-up of its DAX audio platform in outdoor advertising. Since it launched in 2014, the audio ad exchange has become the world’s largest audio ad exchange giving advertisers access to 160 million listeners of the likes of SoundCloud, TuneIn and audioBoom.

Moreover, Global’s big bet on outdoor advertising is likely to accelerate the sector’s journey toward standardization. The broadcaster declined to comment on future plans, but a source with knowledge of its next steps revealed the new Global Outdoor division would launch in due course to explore “new opportunities to use the strength of both audio and outdoor.” This has already been tested on an ad-hoc basis with ads for the likes of O2 and energy provider E.ON, but the arrival of programmatic buying could become a scalable opportunity for advertisers as early as this year, said Adrian Witter, head of digital at outdoor media agency Kinetic.

Getting that scale won’t be easy, as JCDecaux can attest.

The outdoor media owner is currently in talks with others in the U.K., Europe and APAC to expand the inventory available to advertisers on its independent Viewed Impressions for Out of Home programmatic trading platform. It launched in June to much fanfare but has yet to get rivals like Clear Channel and Exterion to buy into it. Global’s own programmatic ambitions also cast doubt over the involvement of either Primesight or Outdoor Plus’ inventory, leaving only a small amount of VIOOH to sell to advertisers via DSPs in a true real-time auction. The bulk of what VIOOH actually sells is closer to an automated guaranteed type buy, which automates what has traditionally been a manual direct deal between media owner and advertiser.

“Programmatic trading is a new model for the out-of-home industry, and buying out of home is a new channel for programmatic buyers, so we predict that once agencies and media buyers see the strength of programmatic OOH, ad sales will grow exponentially,” said Jean-Christophe Conti, CEO of VIOOH.

While outdoor is undoubtedly moving into the programmatic space, the majority of the current offerings are closer to an automated-guaranteed-type buy, not a real-time auction.

Having seen how online display became a race to the bottom for publishers, outdoor media owners want to keep the best aspects of outdoor such as brand safety — true audiences –while driving efficiencies from programmatic auctions. Burger King is looking at dynamic outdoor ads in the U.K., for example, but the ads it has bought to date are on a specific network of screens over a specific period of time as one a specific number of advertisers. This effectively guarantees an advertiser a spot on the screen, whereas if the advertiser had bought the media programmatically, it would’ve had to bid in real time to win that spot on the screen.

Most of the larger DSPs are adapting their technologies to buy TV rather than outdoor because the former has the scale in markets like China and the U.S., according to three ad buyers interviewed for this article. Agencies that aren’t put off by outdoor’s lack of scale still have to adjust to buying it in a different way to how they would video or display given the number of ads they can serve to different outdoor screens is relatively smaller. Infectious Media, for example, plugged its own buying technology into specialist digital outdoor SSPs to run its first programmatic campaign on outdoor screens next month.

“I wouldn’t be surprised if at least from now until 2020, we see some form of tiered access to sites,” said Ruth Zohrer, chief product officer at Mindshare U.K. “Premium, high-impact locations could be sold in a pre-reserved way, and the rest slowly opening up to an auction mechanic of sorts, whether that’s private auctions for certain location-based packages or open auctions for more pervasive, lower impact formats.”

Outdoor advertising is growing at around 2 percent year over year in the U.K., according to forecasts by GroupM. It will continue to grow slower than other traditional channels like radio until more media agencies decide to buy outdoor themselves rather than leaving it to specialist agencies, said one outdoor executive on condition of anonymity for fear of jeopardizing commercial relationships.

Craig Mytton, chief revenue officer at Bitposter, an online marketplace where 98 percent of the U.K.’s outdoor inventory is made available to advertisers, expanded on the point:”We’re having more conversations with agencies that see an opportunity to use data to inform how they plan outdoor campaigns as well as automate existing workflows between themselves and media owners. Those ad buyers are starting to link online to offline and look at how their online campaigns performed in areas where they also ran outdoor activity. Once the market gets comfortable trading these campaigns in an automated environment, it will then start to move toward open RTB and private marketplace deals.”

Google could also make a difference to the amount of money spent on outdoor ads via programmatic.

While a spokesperson for the company denied reports that it planned to use any Google user data to target ads on outdoor billboards, the technology giant has been testing ad tech on billboards since 2015. Google’s capacity to bring together its programmatic know-how and huge store of personal data could be a real game-changer for outdoor, particularly considering its unique access to mobile data from its Android network, said Daniel Gilbert, CEO of performance agency Brainlabs. Furthermore, it has experience with programmatic outdoor ads to tackle the challenge of finding ad space, and they’re already trusted to a degree by advertisers.