‘Now that I’m a mom, things need to change’: What a PR firm is doing to prevent burnout for working moms 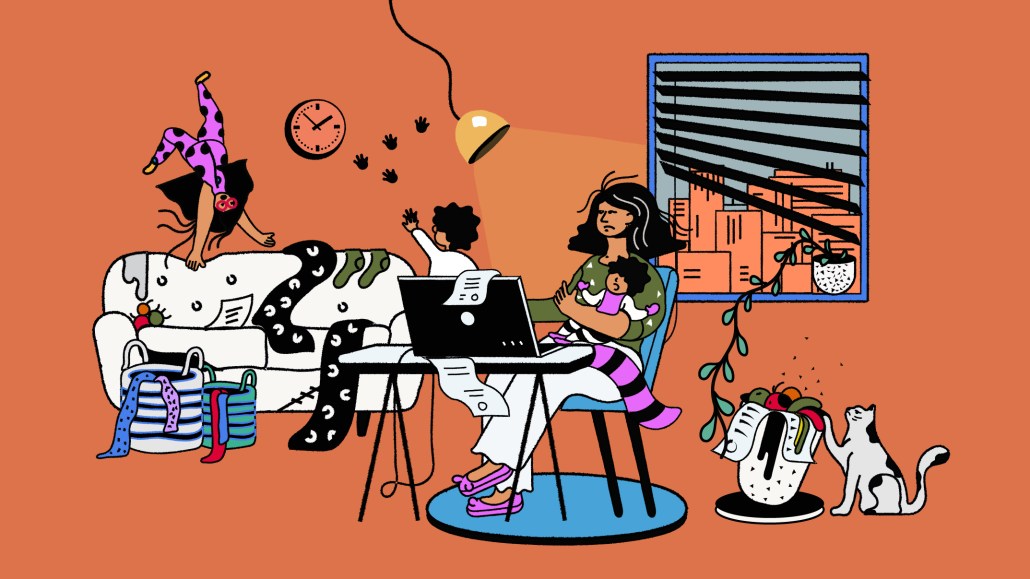 “We would go have lunch together and only talk about work,” said Meyer, the founder and president of the communications firm. “We would not take vacations, and all of a sudden, kids came into the picture. Melissa took a step back and said to me, ‘Now that I’m a mom, things need to change.’”

So for the last five years, that’s what the team has been working on. Since then, the Jennifer Bett Communications leadership team has rolled out paid maternity leave, in-office pumping rooms throughout the company’s New York City and Los Angeles offices and company-wide designated mental health days alongside monthly mental health stipends for yoga, mental health services like Headspace or the Calm app for the company’s 40 employees.

But over the last year, the COVID-19 pandemic has pushed caretakers, especially mothers, out of the workforce and into full-time caregiver roles. Agencies and other companies grappled with what was being called the “Shecession” — reportedly the first-ever economic recession impacting more women than men. In a Digiday Confession, one working mom said there was a lack of support at her agency in helping parents maintain work-life balance. Another reported being fired after becoming a mother.

As mothers themselves, both currently pregnant, Meyer and Duren Conner put efforts into overdrive to curb employee burnout and retain talent. It was no longer enough to offer parental leave, they said. It became crucial to create a safe space for all employees on their own unique journeys to parenthood, the executives said.

Within the last year, the company has rolled out individual staff work schedules to cater to school pick-up and drop-off, pumping and feeding, and any doctors appointments along the way. They’ve also launched bereavement for pregnancy loss and unlimited paid time off. For those that aren’t parents, the executive team works to balance their workload and ensure equality.

“We don’t want parents to feel like they have anything in the way of them becoming parents because the process is hard as it is,” Meyer said, noting that it extends to all parents.

Just over half of U.S. employers offer paid maternity leave, with more states mandating paid leave in 2020 than was the case in 2019, according to the Society for Human Resource Management. However, there’s currently legislation in the works as Congress looks to pass a paid family leave policy.

“If this whole pandemic has it’s taught us nothing, it’s that we need to think differently about the future of work and the way that we support our employees,” said Marla Kaplowitz, president and CEO of the 4A’s.

Per Kaplowitz, flexibility is the new currency in the workplace and it’ll be benefits like the ones offered at Jennifer Bett Communications, not ping pong tables or unlimited beer, that’ll help marketing and media weather the Great Resignation.

“We’re living in a world of employee empowerment, and you better embrace it because if you fight it you’re going to be on the losing end,” she said.

“You don’t have to be 150 people to find a way to empower and support your team,” she said. “That should be the very first thing you do when you’re building a business.”