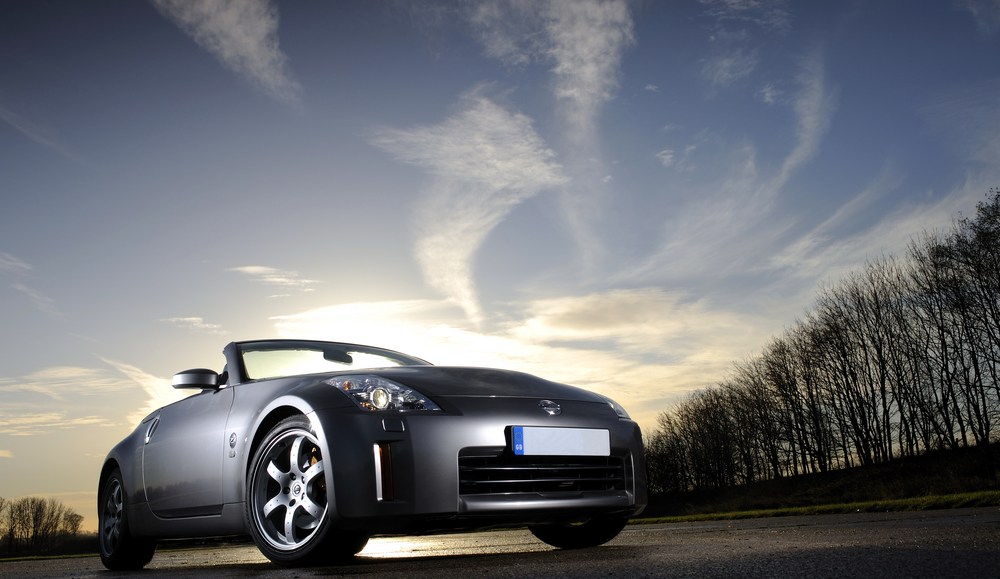 Popular photo-sharing network Instagram has been around for about three years now, and while many brands have already jumped onboard, some are late-comers.

Auto brand Nissan created its official Instagram account last week in tandem with the 2013 New York International Auto Show as a way to show its fans some real-time event photos. According to Erich Marx, director of interactive and social media marketing at Nissan, the decision to finally join Instagram was motivated by a desire to reach a younger audience.

“There seems to be a real shift among the younger audience toward Instagram and away from Facebook,” said Marx. “We think there is an opportunity for us to reach a younger group, and it makes sense for us from a business standpoint.”

There is already a large community of gearheads on Instagram. The network is made for auto brands, since they have great visuals of cars that people are ready to share. Audi, Ferrari and BMW have been on Instagram for a while. Audi has 499 photos and 372,709 followers. Ferrari has 269 photos and 113,659 followers. BMW has 189 photos and 198,176 followers. These luxury auto brands all have mostly professionally shot pictures of their shiny cars in artsy setups or in action shots.

Of the auto brand behind the top cars of 2012, which include BMW, Hyundai, Lexus, Toyota, Volkswagen and Mercedes Benz, only Lexus isn’t on Instagram. Porsche doesn’t seem to have an official Instagram either, nor does Landrover. Other brands like Ford, Chevrolet, Jaguar and Bentley all have Instagram accounts.

According to Marx, photos of Nissan’s performance cars, like the Nissan GTR, get lots of engagement on Facebook and Twitter, so it was only logical to extend this to Instagram. Along with an emphasis on its performance and sporty vehicles, Nissan plans to share behind-the-scenes photos on its Instagram account that aren’t just official photos that can be found elsewhere.

As of now, Nissan has only 11 photos up on Instagram and 228 followers. It’s not just luxury auto brands that have seen success on Instagram. Volkswagen, on the other hand, is less about the glitz and glam. It uses its Instagram account to share user-generated photos that are related to Volkswagen. It has 260 photos and 93,726 followers.

Marx noted that the brand is aware of having to adjust its content for different platforms. For example, because Pinterest is a female-dominated network, design-related content does better there than elsewhere. So it will just be a matter of figuring out who its Instagram audience is and what they prefer. 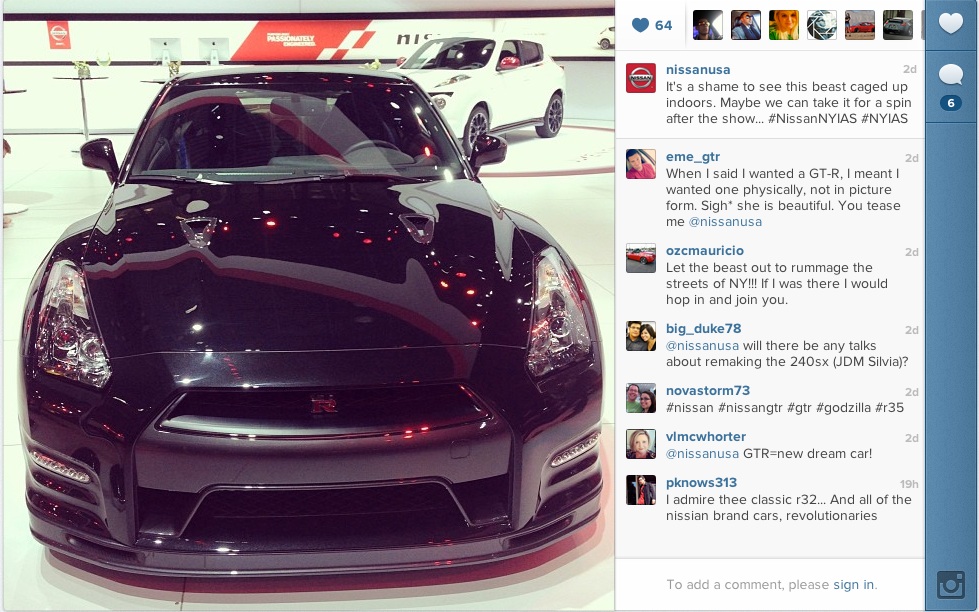