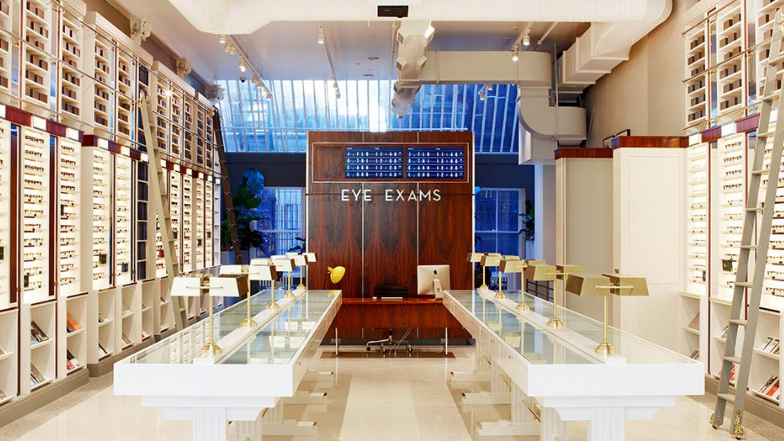 This is the second story in the series “The Retailer of the Future,” which examines how retailers are innovating to meet the mounting expectations of the digital consumer. It is brought to you by Neustar, a real-time, cloud-based information and analytics provider.

Warby Parker is on a roll. Launched in 2010, the visionary eyewear purveyor has gained a reputation for rethinking the retail model. Cultivating a smarter e-commerce experience, Warby Parker lets customers try on glasses at home. All the while, it manages to sell frames at prices lower than those found at most brick-and-mortar competitors.

The startup’s newly released annual report is an interactive calendar for all of 2013 that includes highlights like “Our most-commented-on Instagram photo to date” and interesting sales wrinkles, like the fact it sold 574 monocles last year. In 2013, the company more than doubled its staff to 300 people and has doubled its sales every year since it opened. It also recently raised $60 million in venture capital funding, with the potential to eventually expand into other product categories.

Digiday spoke to Warby Parker co-CEO Dave Gilboa about retail’s evolution and what Warby Parker is doing to stay on top of it. Here are four key trends he identified for the coming year:

Free shipping is now the norm.
According to a 2013 holiday online shopping survey from Baynote, 60 percent of shoppers base their purchase decisions in part on whether they’ll get free shipping. That’s a 58 percent increase over the same period in 2012.

“Amazon and Zappos have trained customers to expect fast, free shipping — and we think customers now expect this from all stores,” said Gilboa. Warby Parker has offered free shipping and returns since it launched.

There will be better ways to try before you buy.
Online startups, like Trunk Club and Birchbox, allow customers to try different products through tester shipments, similar to the Warby Parker model. Other retailers, like ThirdLove, are looking to mobile apps where consumers can use their smartphone cameras to help determine the best size for them.

“Fashion brands and stores are going to introduce innovations that allow customers to try items on before making a purchase,” said Gilboa. Though Warby Parker is known for both its model of at-home try-ons, as well as a virtual try-on feature, the brand says it’s actively looking for ways to improve those experiences.

A brick-and-mortar presence can still be a big help.
Although Warby Parker prided itself on its e-commerce model at first, the retailer recently opened four retail stores in Boston, New York and Los Angeles. The stores are meant to provide more exposure for the brand.

“The big game-changer for us in 2013 was opening physical retail stores,” said Gilboa. “Our first three years, we sold exclusively online. Designing all of our own frames in-house, cutting out the middlemen, and selling directly to our customers, allows us to sell glasses at a fraction of the price of traditional retail shops.”

Integrated POS systems serve customers better.
“We built our own custom iPad-based point-of-sale system for use in our retail stores which ties directly into our unified customer database,” said Gilboa. “If customers have ordered online and come into the store, we have all of their order and prescription information at our fingertips, and vice versa. Our goal is to offer an unparalleled seamless shopping experience through any channel our customers want to engage with us through.”