Netflix takes a jab at Amazon with internal drones video 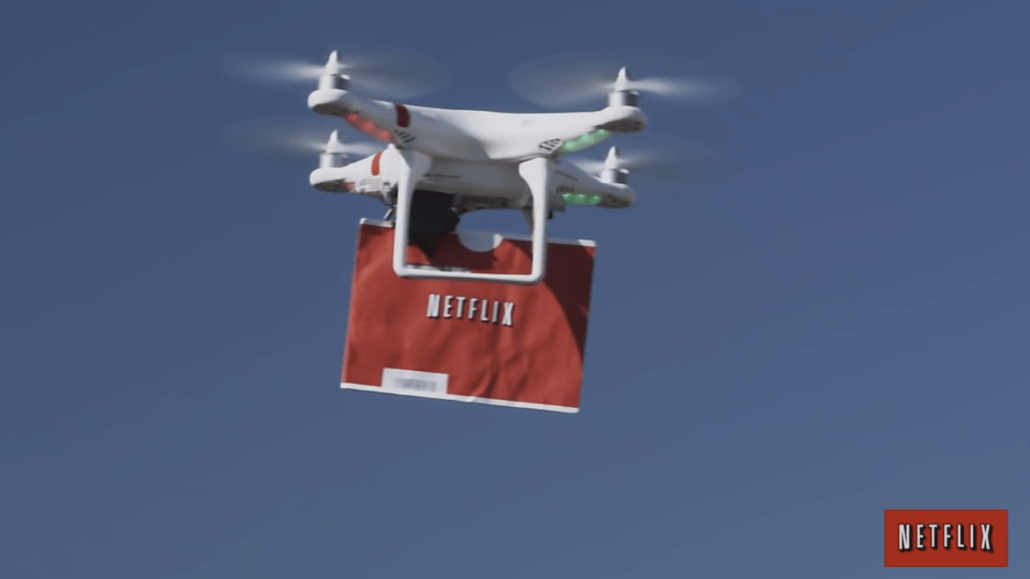 Netflix has been having some fun behind closed doors. In a recently posted Youtube video, Netflix’s Hank Breeggemann, the general manager of the Netflix DVD division, discusses the company’s plan to start using drones to deliver DVDs to its subscribers, a satirical jab at Amazon’s own drone plans to deliver packages with small “octocopters.”

“Unlike other companies trying to rush unproven technology to market, we have literally spent days working out most of the bugs,” said Breeggemann within the video.

The video, which went from 1,700 views on Youtube to around 58,000 views within five hours, and is being talked about on several other publications, is an unplanned viral hit for the company.

Interestingly, the video wasn’t posted from Netflix’s main YouTube account. It appears that Netflix’s director of engineering, Paul Johnson, posted it to his own account a week ago. “Drone 2 Home” was made for an internal annual staff meeting, according to Joris Evers, Netflix’s director of global corporate communications, though Johnson had permission to post.