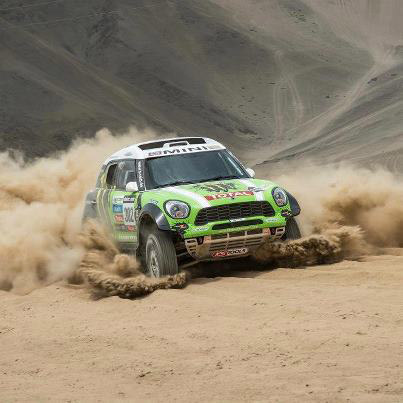 Mini USA is known for sending new owners a welcome kit with information, its Mini International magazine and some swag. Mini owners aren’t like normal folks; more than half of them have named their cars. Mini is a niche brand in a big-brand world, particularly in the U.S., where bigger means better.

That’s why its content strategy, using images, video and text, revolves around fun and isn’t shy of using the product front and center. The brand often turns to its loyalists — there are just 66,000 Minis produced each year — for content.

“It’s an approach that Mini has always taken: people who own a Mini have a real personal connection with their car and with the brand,” said Lee Nadler, marketing communications manager at Mini USA. “We want to make sure that we are playing in the right way where we keep the brand human and the voice we use is distinctly Mini, and we invite people to share their voice and share their stories.”

Mini, which is under the BMW umbrella, has cultivated a brand over the years that’s fun and quirky. For example, during the recent Mayan apocalypse, it took out a full page ad in the New York Times, with the headline, “Well, So Much For The 2014 Models.” Some of the text said, “So, if the world ends today in accordance with Mayan prophecy, you pay nothing. Ever.” And when the world didn’t end, it took out an ad the next day with the headline, “We’re Still Here,” and text, “But in light of the world not ending, you will have to make the payments.”

Mini has a content team of 20, across departments (beyond marketing, there’s customer service and PR), involved in creating and sharing content, as well as communicating with owners and prospective owners through social channels. But there are only two with “social” in their title, tasked at manning the social accounts. The company shares primarily across Facebook, uses Twitter and YouTube, and has been experimenting more with Instagram, where it sees a lot of content from car owners and dealers.

Here’s Mini lover Kara Leo’s Instagram of her Red Mini:
During the recent storm, Mini was among the nimble marketers, creating a “Nemo” graphic (not a real car) that it posted it on Facebook. The company said it had 180,000 Facebook impressions.

The company also creates content from offline events. It’s currently sponsoring the Burton U.S. Open snowboarding championships in Vail, Colo. and is constantly populating its social accounts with pictures and videos from the event.

Another example of how offline activity yields online content is what it did around the Super Bowl. In tandem with Playboy, it put together a program where it sponsored Playboy’s long-running Friday night party. Mini created a mainline parade and brought in some Mini Roadsters. Placing a band member in the front seat of each car, and a Bunny on the back, the parade snaked through the French Quarter playing New Orleans music. It then posted updates, pictures and videos across its channels but also saw a large amount of content from passersby.

“We work closely with them to try to be nimble, to be OK taking chances and be very quick to respond to things, and to be open when something doesn’t go too well,” Nadler said.

Mini worked with BuzzFeed for its “Not Normal” campaign, which highlights the brand’s “individual, high-energy attitude to life.” BuzzFeed created 19 posts, like 25 Places That Look Not Normal But Are Actually Real, 20 Not Normal Uses For Everyday Things, and 13 Everyday Things With Not Normal Names. The posts generated 647,000 views.

“A brand like Mini has to always be involved and engaged in the conversation but doesn’t always have to be pushing content,” Nadler said. “We don’t force anything. We look for ways to engage and stimulate conversation.”