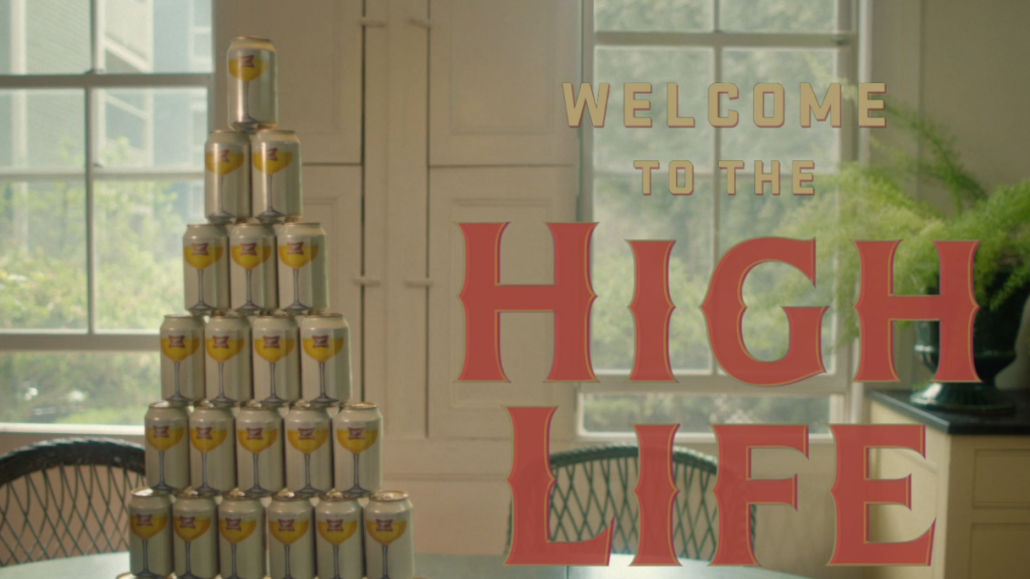 Like many businesses, Miller High Life stopped advertising when the coronavirus hit, retooled its marketing budget and moved dollars originally allocated to the spring to the second half of the year. But this week it will resume advertising with a new campaign that addresses what life is like during quarantine.

The ads, which will run on TV, social media, online video and on streaming platforms like Hulu, show what it’s like to be stuck at home and how easy it is to pass the time without accomplishing anything of substance. Later in the summer, the brand will release more spots that speak to the changing nature of how people are getting together like barbecuing with a few friends while maintaining social distancing.

“We took a step back to realize how the marketplace was going to shift,” said Nigel Jones, brand marketing manager for Miller High Life. “There was so much uncertainty in the beginning that we didn’t think it made sense to keep spending at that level.”

It’s unclear how much Miller High Life is now spending as Jones would only say the advertiser is “putting a significant budget behind this launch.” In 2019, the beer brand spent $4.2 million on media, per Kantar, which doesn’t track social spending.

Other beer brands are also starting to advertise again. Coors, for example, is offering fans the chance to win free beer while Budweiser reimagined its famous Wassup campaign.

Overall this year, Miller High Life is taking a different approach to its media mix as the company is looking to target a younger consumer than its core 40-plus demographic. To do that, Miller High Life is now putting 70% of its marketing budget toward digital channels like paid social, online video and OTT platforms. The other 30% will go toward more traditional channels like linear television. Previously, the budget was split 60/40 the other way with 60% toward traditional channels to reach the core consumer and 40% toward digital.

Seeing the sea of same with coronavirus response advertising, adam&eveNYC pitched Miller High Life on a campaign that would speak to and celebrate the strange moment. “You could turn on your TV, hear the piano music play and know what was going to happen,” said Jones. “We saw it as an opportunity to tell a different story about our brand. We wanted to spark optimism with a little bit of levity and find ways to celebrate, even when we’re still at home.”

As people have been stocking up on alcohol during the pandemic, when it comes to beer they have opted for bigger beer brands that offer bulk packages over craft brews, according to Nielsen data. That has helped boost Miller High Life in recent weeks. “Because of where High Life sits in the beer industry, if you think about a lot of large packs and from a price standpoint, we have picked up a little bit of momentum in this time,” said Jones.

Getting back to advertising now makes sense to Grace Teng, executive director of media and analytics for advertising agency Zambezi. “It’s data driven,” said Teng. “People are not picking up craft [beers as much], alcohol consumption is up and sales are up, so it’s aligned with consumer behavior. Also, [some areas are] starting to open up so it could be a good time to explore. But they have to be really careful because the coronavirus is still happening.”