#MeToo changed the industry, but there’s a lot that remains to be done 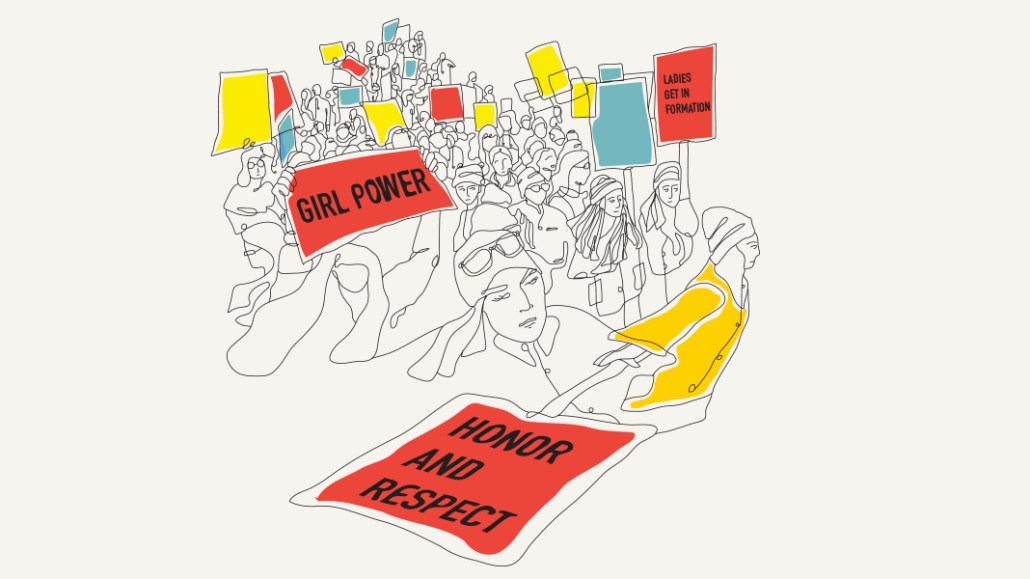 Laura Wasson, associate creative director at ad agency Madwell, is watching the effects of the #MeToo movement on the ad industry with hope — but also a growing sense of unease.

Wasson says she herself has experienced assault and abuse in her personal life. While she believes it’s important that more women speak up about sexual abuse, she says that not all women identify with the blame game that has sprung up from the movement, where an anonymous accusation could make someone lose their job.

“As someone who has experienced assault and abuse myself, I’ve never identified with that leap,” says Wasson. “It’s not something that every woman is looking to do.”

It’s been almost a year since actress Ashley Judd accused media mogul Harvey Weinstein of sexual assault, sparking what would become the #MeToo movement. Since then, similar stories of sexual assault by the powerful have flooded in from multiple industries. Advertising, with its boys’ club reputation, was primed to see its share of accusations and fallen idols.

Ad agencies soon got caught in the fray when anonymous Instagram account Diet Madison Avenue began demanding the resignations of men at ad agencies as accusations of their abuse overwhelmed its inbox. Droga5’s Ted Royer, The Martin Agency’s Joe Alexander and Wieden+Kennedy’s Paul Colman left their high-level positions after becoming the focus of internal investigations, while CP+B staffer Ralph Watson sued the account, claiming he was fired unfairly.

The #MeToo movement has also led to some concrete steps by ad agencies and their associations.

Female advertising executives launched Times Up Advertising, which addresses harassment and discrimination in the industry. After the resignation of Joe Alexander, The Martin Agency promoted its third-party abuse hotline. Horizon Media has opened up its internal reviews committee to employees outside of HR.

Keesha Jean-Baptiste, svp of talent engagement and inclusion at the 4A’s, says that agencies have started talking about what needs to change, from how workplace harassment cases should be investigated to the idea of getting rid of NDAs, which prohibit women from telling their stories publicly.

The 4A’s created a Workplace Enlightenment program that encourage people to speak out about their abuse and train employees in the subject. The program, which will start classes in the fall, has more than 100 agencies signed up, she said.

But the reality is that many agencies are still in the early stages of figuring out how to respond to #MeToo. The movement also has revealed the difficulty facing men who are victims of abuse. Industry activist Cindy Gallop about a year ago put out a call for women in advertising to share their own stories of sexual abuse and of the roughly 800 messages she received, around 100 have been from men saying they have been sexually abused by powerful gay male bosses or were bullied for not participating in “bro culture.”

“What is being revealed is how much men suffer from patriarchal power as much as women do,” says Gallop. “But in an industry that famously refuses to believe and rejects women when they come forward, coming forward as a man is even more likely to be disbelieved and rejected, because it doesn’t accord with the societal and business construct of masculinity.”

With the zero-tolerance atmosphere around #MeToo, some men — and women — feeling gun shy about speaking out for other reasons. Some men say they are careful to avoid talking about #MeToo for fear of being perceived as anti-women.

“Guys are a little more guarded,” says Ian Wishingrad, founder and creative director of creative and media buying agency BigEyedWish. “You don’t know what could be taken the wrong way or how people could interpret things.”

Jean-Baptiste also worries that more women are silencing themselves because they don’t want their abusers to necessarily lose their job. “What I sometimes hear, primarily from women, is, ‘I didn’t want him to lose his job; I just wanted him to stop treating me like that,’” she says. That’s why she argues for more education around what sexual harassment is.

“There’s a lot of negativity and anger and fear,” Wasson says. “It’s not a matter of toppling giants in a day and then everything will be different tomorrow.”