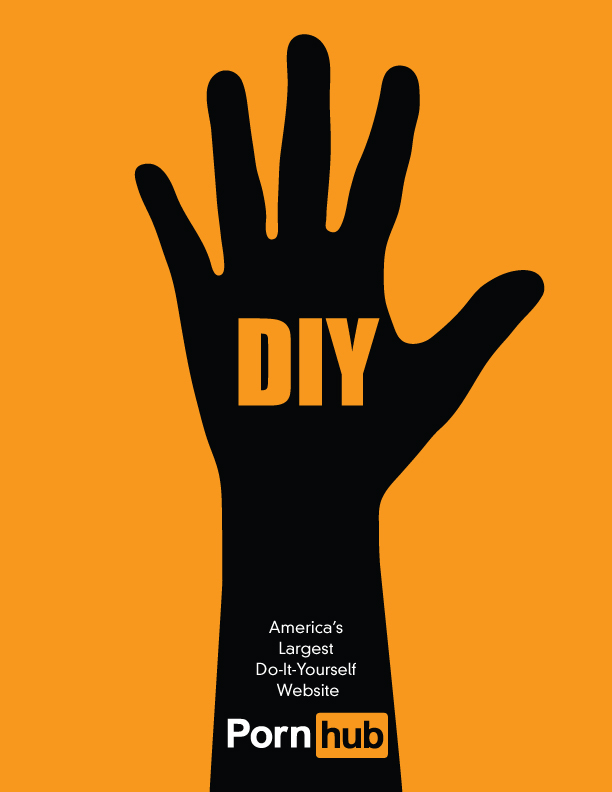 Livornese has worked as art director at Playboy, People and Sports Illustrated and as creative director at Allure and GQ, among other places. Despite currently being gainfully employed as Clear Channel Outdoor’s creative director, he’s open to taking the Pornhob job if he wins. “If it was the right position and the right salary and it remains a G-rated piece, then sure.”

Unlike Livornese, Hobbs has been aggressively promoting his submission via Facebook, Instagram and Tumblr. Hobbs, who doesn’t have a marketing background, became aware of the competition via Facebook. “When I saw it, I said, ‘Hey, I can do that’,” he said.  Those lightbulb moments haven’t stopped. “Ever since I posted my first few submissions and became a finalist, I’ve been thinking of other ads I could do if they did give me that opportunity.”

Things took off quickly from there, with Elton, Krupp and a third partner, Adam Krongold, trying to ideate as many double entendres as possible. The levity betrays the serious “love yourself” message underlying the group’s submissions, though, Elton said.

While Elton recognized that some may look negatively upon porn-related work, he was not totally averse to taking the job were he to get the votes. “[Accepting the offer] would really depend on the nuts and bolts of the job,” he said. “And, critically, does the position include fluffers?”

Below are a few of the other wittier entries in the contest.