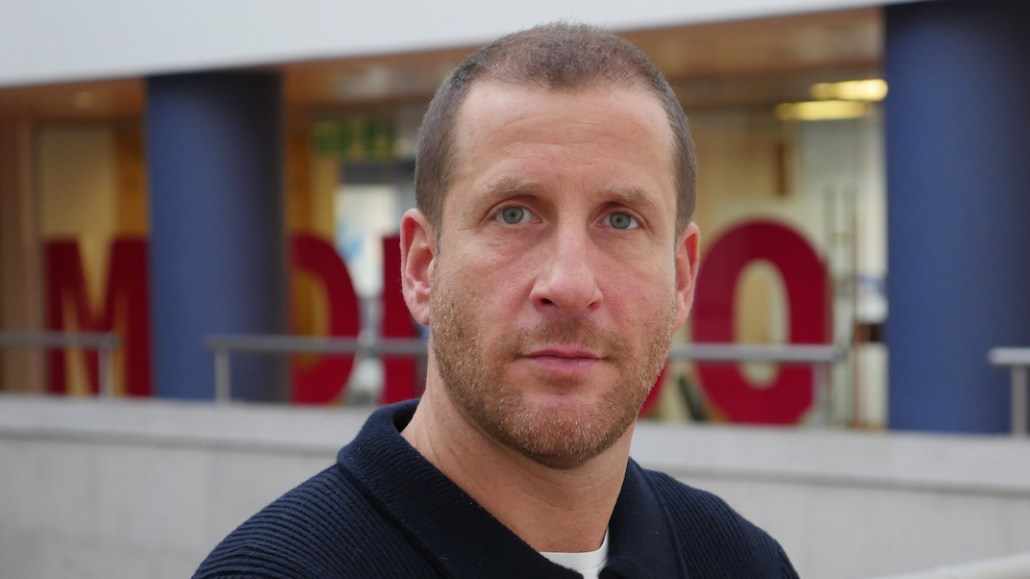 An industry veteran with 20 years of experience, Josh Krichefski oversees 1,200 people as CEO of MediaCom UK. His feet have been planted firmly on the media-buying side of advertising, but it nearly wasn’t so. His first real passion was social anthropology. Here, he tells us in his own words how he got into the business and shares some of the biggest lessons he learned along the way.

I grew up in north London as the middle child of three and was desperate to prove myself to my parents. I wasn’t particularly academic, but I loved people. That led me to do a degree in social anthropology, and my dissertation was about the role of social anthropologists in refugee camps. I seriously considered pursuing that, but in school holidays I’d worked in the post room at a couple of creative agencies, one of which was KHBB on Charing Cross Road. They felt like really creative environments.

I’d always been interested in ads. My brother and I used to play “guess the brand in the ad.” In those days, people genuinely enjoyed ads. The creative was better then, and there wasn’t on-demand, so you had to watch them. Advertising is also about understanding people, and that’s what I picked up on in those summer jobs. So I went for an internship at a creative agency called Ammirati Puris Lintas, and they sent me to their sister media agency Initiative for a week. I discovered I preferred the media side. I’d had no idea there was such a thing as media planning and buying. I liked the idea that it was about understanding consumers.

My degree helped define that in me. Anthropology is all about training yourself to never accept the norm, not applying your own value system to things you learn about in other places. That means I question everything I’m told, probably annoyingly so.

Not every job has worked out. I lasted three days in Mindshare years ago because at the time I preferred smaller working environments. Instead, I launched my own search agency called KWord, which I later sold to BLM. That was actually quite a lonely experience. It was a lucrative time, so it did well and helped me buy my own flat. But I was only 28; I didn’t really know what I was doing.

I love my job now. There were times in the early years when I questioned whether I’d lost my soul, having studied something like social anthropology and ending up in something very commercial. But the good news is, advertising is becoming a lot more purposeful. Brands have cottoned on to the fact that doing good is good business. We end up doing a lot of work that’s good for society. I question myself a lot less now. And I try and be true to my roots in how I run this agency, and that’s to try and make the world a better place.

It’s not easy. There are hard times. Telling the agency last year that we’d lost [Volkswagen Group] was tough, and it was just as tough telling everyone we hadn’t won Procter & Gamble last week. My biggest challenge to date was not being able to backdate pay rises, even though I had said I would. I felt I’d let people down; it felt awful.

Another hard lesson I learned when I was younger, and which I’d advise any young person, is to always be prepared. I gave a presentation to a room full of competing agencies and a client. They ended up taking chunks out of me because I wasn’t well-prepared. I got attacked by this room full of people in front of the client. I’ve never presented anything unprepared since.

Now, my biggest challenge is ensuring the agency evolves at the necessary speed. It’s kind of terrifying the speed at which things are disrupting. I have to make decisions about where we invest in technology and talent. That keeps me up at night because they’re big decisions, and it’s becoming increasingly complicated.

I want to see the industry do better with inclusion. I’m sick of seeing people tweeting shit about how important diversity is and then doing nothing about it. It’s about generating a culture of empathy as much as it’s about gender, ethnicity or anything else. If you don’t reward people for showing empathy, it means that the more aggressive people that have their sharp elbows out are the ones who do better. Whereas if you reward empathetic behavior, you create a culture where everyone can thrive.