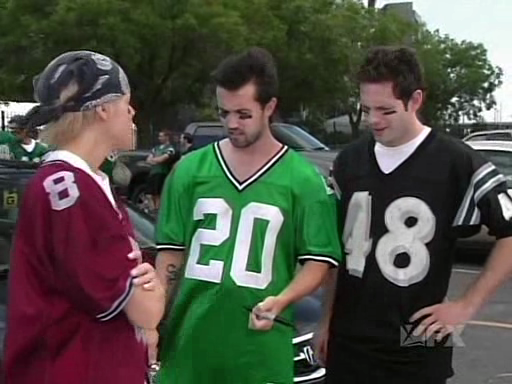 On Dec. 9, 2013, the National Football League Host Committee made a crucial announcement regarding its policy surrounding common parking lot antics at major games. Here’s the statement made by Al Kelly, CEO of the Super Bowl Committee, during a press conference last December:

“You will be allowed to have food in your car and have drink in you car. And provided you’re in the boundaries of a single parking space, you’ll be able to eat or drink right next to your car.”

Many stadium-goers were obviously upset (just look at the comments on this ESPN New York story) that their joyous pastime would no longer be allowed at the Super Bowl. What are poor tailgaters to do? North Carolina brewery Big Boss Beer and agency McKinney have a solution: The Tailgate Tower.

“Our idea was that if you can’t build out, build up,” said Andy Ives, an integrated digital producer for McKinney.

Conceived during McKinney’s  Ten Percent program, where the agency lets staffers focus on projects unrelated to current client business, the Big Boss Tailgate Tower is meant to generate awareness for the tailgating cause and poke fun at the stuffy rules issued by the committee. The Ten Percent program previously spawned a different project for Big Boss Beer, Beercade, where arcade games and beer were inventively combined.

An example of a tower, still in its prototype phase, looks like a two-to-three story modular unit with a grill on top and a beer tap in the middle, making sure that it keeps in line with the new regulations. 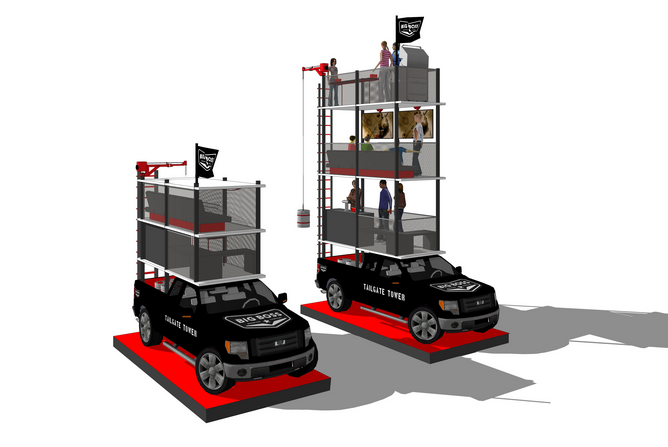 Big Boss is open to other development ideas for towers, and will be soliciting them via the Tailgate Tower website, and is considering putting an idea into production sometime this year.

“If someone comes up with something cool, we’ll definitely supply beer for the project,” said Brad Wynn, brewmaster at Big Boss Beer. “Beer makes everything better.” Let that be incentive for you!