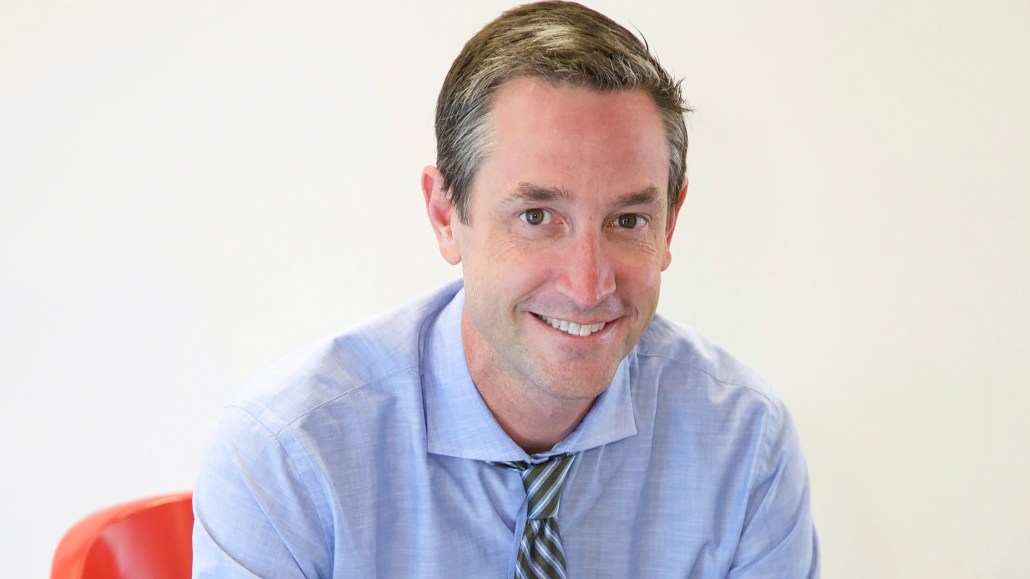 Matt Williams is a bit of an aberration in the agency world, where the revolving door spins fast — and often. This year marks his 22nd at The Martin Agency in Richmond, Virginia, where he rose to the CEO position last year. And he has often said that one of his best career decisions was deciding to never leave.

Good thing, too. In the last few years, the 49-year-old IPG shop has become one of the brighter creative lights in agency-land, with smart, award-winning work for the JFK Presidential Library, Oreo and, of course, Geico. A couple of months ago, the 500-person agency went international with a London outpost.

We caught up with Williams to talk leadership, his dad and why being in a band is a great thing for a CEO.

Who were your early inspirations?
My dad was a senior marketing guy at Dupont, so I grew up around advertising. He worked with BBDO and lots of other agencies.

He would come home with tapes of great ads and play them for us. I loved that. It was inspirational. I also got a first-hand view of the client side of advertising. And I realized I wasn’t really well suited to that.

Why?
It felt more regimented. It felt like the client’s job on a day-to-day level was oriented toward pulling subjectivity and risk out of the process and the agency’s job was to find inspiration and help a client take smart risks. He was a client, and he talked like a client. But he did give me a great inside view in to the client-agency dynamic.

And you preferred the agencies?
This agency thing seemed pretty cool. I got the chance to get to know some of these agency folks. They seemed really smart and seemed to have a take on the world that was really different. They were kind of in existence to challenge the way people thought about things. My dad set me up with lunches with these agency people as I went through college.

Was there anything you did non-ad-related that helped you become a leader?
I made me my way through college as a lead singer in a band called the Flannel Animals. It was weird. I was kind of an introvert, not the kind of guy who you would think gravitated toward that. But it gave me a feel of what it’s like to be up there, in front of people. To put ideas up there and hope people are inspired and like them. It was invigorating.

What is an early example of good leadership you saw?
I have this amazing privilege of working with [The Martin Agency chairman] John Adams and [the late former president] Mike Hughes. There are no two better examples of how to do great advertising and how to be great leaders. Mike was the most emotionally open and giving leader I’ve ever seen. He tore away all the artifice of leadership and assumptions of the way a leader is supposed to act and interact. He treated everyone like an individual whose point of view was valued. He laughed a lot. He became a leader not because he fit the stereotype of a leader but because people fell in love with him.

You’ve been at the agency for over two decades. What do you remember about your first day?
The first day, I came in and signed some papers and figured out my phone. But my second day, I go to lunch with my new boss and my client, Virginia Power.

As soon as we come back from lunch, my client fires us. My first thought was, “Did I spit food all over him or something?” My boss is dumbfounded by this. He didn’t expect it. This was the client I was supposed to be working on, and he was gone.

My boss gave me a choice. He said, “I will guarantee your job for three months.”  Or, he offered to pay me my salary and said I could go back to Philadelphia right then and there.

I said, I came here to work at the Martin Agency, so as much as I like the client, I’ll stay. It ended up being a great thing for me because I ended up having to get involved in new business. I jumped from project to project. And, I felt like the agency stood behind me and I felt great.

Best advice you’ve ever gotten?
I remember being in a meeting as a junior account executive, with John Adams and a client. I didn’t say a word throughout. I took notes. The client went away, and as I was leaving his office, John says: “I can tell that you have ideas. And if you sit silently, neither we nor the client have the benefit of those ideas. I need you to step up.”

What’s the hardest part about being a boss?
The hard stuff is when you have to make decisions you know will negatively affect someone’s life. When you have to let someone go, make staff reductions or layoffs. They’re always terrible. Nobody should ever be OK with that.

What do you think the younger people at the agency are concerned with, and how do you make sure you’re addressing them?
They’re very concerned with having a steady flow of opportunities. So that’s our job to make sure they’re coming. They also worry that as the agency gets bigger, we’ll lose sight of their own individual careers and trajectories and paths. We have to be mindful of that.

What are your go-to interview questions?
What do you hate about this business? And what do you worry about if you were to get this job? That’s basically a way of asking people what’s important to them.