Marketers see AI coming, but not as quickly as some would think 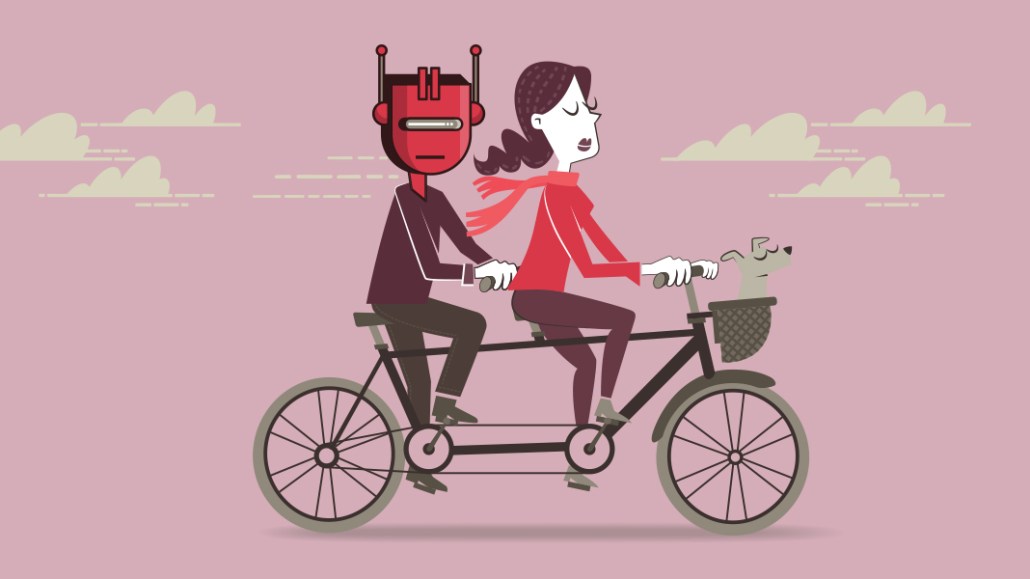 The robots are coming, but they’re going to take their time getting here.

At the Digiday AI Marketing Summit in Santa Barbara, California, many marketers spoke of artificial intelligence supplanting many marketing functions that are done manually today. The catch — or relief, depending on your point of view — is this isn’t a revolution that’s going to happen overnight.

“In the service industry, I’m convinced that in five to 10 years, a large part of our workforce will be replaced with automation,” said Michael Lawder, svp of customer care at Samsung Electronics America, onstage Friday.

Immediately after Lawder spoke those words, he walked them back. Samsung won’t get rid of the people that AI replaces; it will repurpose them, he said. It’s hard to say whether Lawder hedged because that future may be further off than expected or too close for comfort.

Throughout the summit, attendees alternated between observing AI’s shortcomings and obstacles, and imagining its opportunities. AI remains an enigma for many and, as such, served as something of a Rorschach test for attendees to envision their ideal scenario. Instead of devaluing human labor, they were hopeful that AI can relieve them of menial labor.

“If we can [use AI to] create a more efficient process for our customers, less friction for them is great and frees up our people for things that human capital has to be involved in,” said one attendee.

The story is similar to one told about programmatic advertising, which raised some fears of machines replacing humans. Like then, the idea bandied about is that artificial intelligence and machine learning will just mean marketers do higher-order tasks. (Tell that to the media buyers made redundant.)

However, that future is as foggy as AI’s definition. On the one hand, it’s unclear when AI will become competent enough to automate more of the tasks that currently necessitate human intervention. On the other hand, if and when that does happen, it’s unclear how necessary people will be.

The number of things that people will need to be involved in will likely continue to diminish as the technology becomes more competent. Years ago, the intricacies of ad tech seemed to necessitate having humans at the helm. It still does, but it requires fewer of them as ad tech has enabled brands to take more of their media buying in-house. Coinciding with that trend, the number of people working in media and advertising shrank in 2017 despite the economy growing.

Summit attendees’ optimism seems to stem from the currently basic usage of AI. It’s most commonly being used to recommend products on their sites and personalize their marketing campaigns. Even the more advanced examples are relatively rudimentary.

“Sometimes people are like, ‘Let’s just have machines do everything.’ You can’t,” said one attendee.

Samsung uses AI for the chatbot in its Samsung+ customer service app. But the chatbot can only handle transactional conversations, like checking the status of someone’s order. When it comes to more nuanced issues like a broken phone, the technology “is not quite there yet. It requires tremendous amount of overhead and oversight,” Lawder said. Instead of having the bot ask questions to pinpoint the problem, it hands the conversation off to one of the freelance “brand ambassadors” that Samsung pays to field those kinds of questions.

Nonetheless, Lawder anticipated that the day will come when “we will not talk to human beings in most of our support and service transactions.” One day that may be true, but not someday soon.