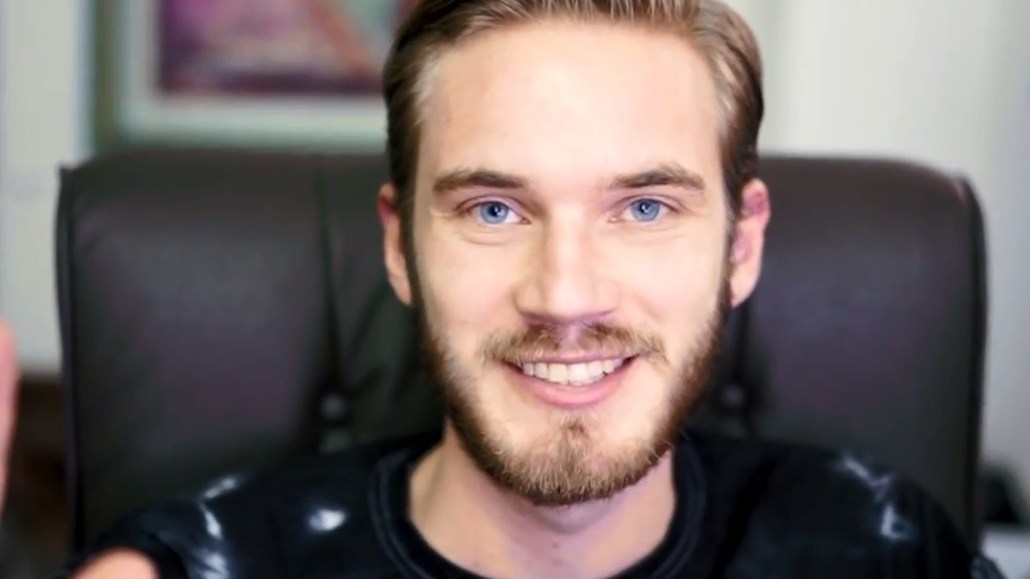 A year ago, controversial YouTuber PewDiePie uploaded a video titled “SPONSORED BY VOLVO” in which he says, “This video is sponsored by Volvo, by the way. Full disclosure.” That video wasn’t actually sponsored by Volvo, according to a Volvo spokesperson.

Volvo was unaware of the association with PewDiePie, who became engulfed in controversy in February 2017 after uploading videos that featured anti-Semitic barbs, until late last month when Digiday contacted the company. “Volvo Cars has not sponsored PewDiePie and have nothing to do with the post you are referring to,” a Volvo spokesperson wrote in an email on Aug. 2. By that time, the video had garnered 8.8 million views.

It’s somewhat clear from the video that Volvo did not pay for it, or at least that the company probably didn’t get its money’s worth. In the video, PewDiePie records himself playing a video game. At one point, he finds a car in the game to drive that he refers to throughout the video as a “Volvo” (though it’s not clear if the vehicle is actually a Volvo). That and PewDiePie’s statement around the video’s 11:50 mark that “this video is sponsored by Volvo” are the only inclusions of the company in the video. 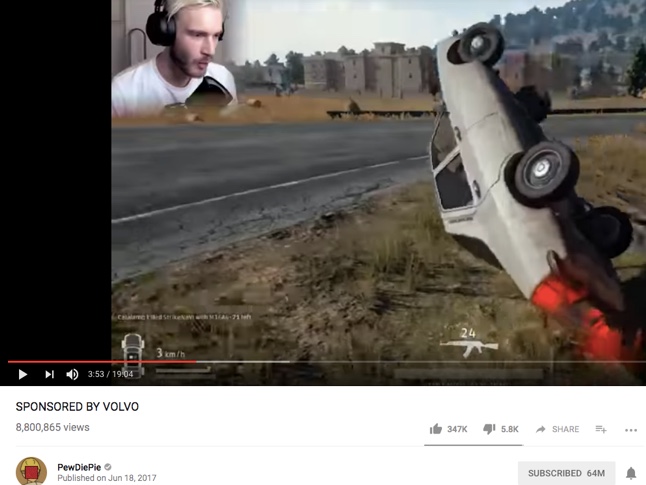 “There is no way this is a paid partnership,” said Gabe Gordon, managing partner of Reach Agency, a creative agency whose work includes content sponsorship deals between advertisers and influencers.

On Aug. 3, more evidence popped up to indicate Volvo did not sponsor the video. After Digiday emailed the business representative listed on PewDiePie’s channel to ask about the video’s Volvo claim, the video’s title was changed to “SPONSORED BY SAAB,” though its description still cites Volvo as the sponsor. PewDiePie’s representative didn’t respond to Digiday by press time. “We do not have a sponsor relationship with him and had no knowledge of that YouTube video prior to your email,” a Saab spokesperson emailed.

So why would PewDiePie claim the video to be sponsored by Volvo and then Saab? It may be an example of a tainted influencer trying to curry favor with advertisers. “Some micro-influencers will literally lie about sponsorships to be more attractive to brands,” said Buck Wise, a WPP executive who manages partnerships.

Volvo isn’t the only major brand to become associated with the YouTuber since his widely publicized scandal. Digital video analytics firm Tubular Labs — which brought Digiday’s attention to the Volvo video after tracking the recent performance of PewDiePie’s other sponsored videos — found videos that PewDiePie has uploaded after the Volvo video that claim to be sponsored by LG and Huawei’s Honor. A spokesperson for Huawei did not return a request for comment. An LG spokesperson confirmed that its home electronics division had sponsored the video that was uploaded on June 22 but was unaware of the controversy surrounding the YouTube star.

“PewDiePie’s people contacted us and requested an OLED TV and, in return, he would produce an episode on the product. The team here in Korea was aware of PewDiePie’s popularity but not so much his controversial past. I brought the team up to speed, and there won’t be any more activities between LG and PDP going forward,” the LG spokesperson emailed.

LG’s response is surprising given the widespread coverage of his scandal in outlets like The Wall Street Journal and The New York Times and the vetting that advertisers typically do before striking deals with influencers. Advertisers or their agencies will at least run a Google search to see an influencer’s history, Gordon and Wise said. Additionally advertisers will often perform background checks, which Gordon said can cost a mere $60.

“He is the most infamous YouTuber there is. I don’t know how you don’t do the homework to figure that out,” said Mike Henry, CEO of video analytics firm OpenSlate.